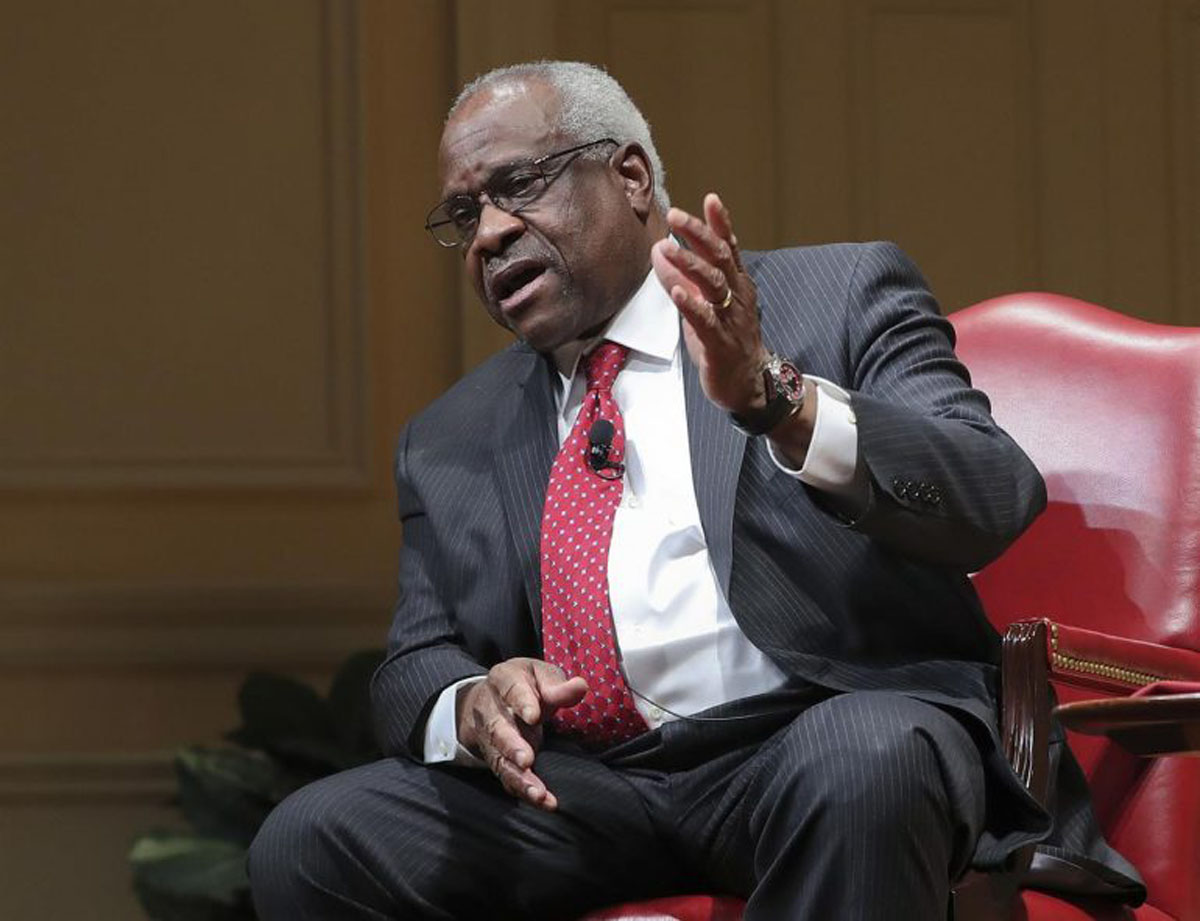 Democrats are always looking for ways to neuter the conservative Supreme Court majority.

But they were in for a big shock.

Clarence Thomas handed down one ruling that left Democrats jaws on the ground.

The 2005 Supreme Court case of Gonzales v. Raich is one of the most controversial cases of the last 20 years.

A six-justice majority wrote that under the Commerce Clause, the federal government could criminalize the production and use of homegrown marijuana plants.

But a recent dissent written by Clarence Thomas made it clear that the clock is ticking on the federal ban on marijuana laws.

“A prohibition on interstate use or cultivation of marijuana may no longer be necessary or proper to support the federal government’s piecemeal approach, “Justice Thomas wrote.

Thomas dissented from the Supreme Court’s decision to pass on a case regarding the tax laws and marijuana dispensaries.

In his dissent Justice Thomas argued that the current federal policy of banning marijuana but allowing states to legalize it—as 36 have in some form or another—made zero sense.

“The Federal Government’s current approach is a half-in, half-out regime that simultaneously tolerates and forbids local use of marijuana. This contradictory and unstable state of affairs strains basic principles of federalism and conceals traps for the unwary,” Thomas wrote.

“One can certainly understand why an ordinary person might think that the Federal Government has retreated from its once-absolute ban on marijuana,” Thomas added. “One can also perhaps understand why business owners in Colorado, like petitioners, may think that their intrastate marijuana operations will be treated like any other enterprise that is legal under state law.

“Yet, as petitioners recently discovered, legality under state law and the absence of federal criminal enforcement do not ensure equal treatment,” Thomas stated.

Some were surprised to see Thomas take this stance on marijuana.

But in the Raich case, Thomas was one of three justices that rejected the federal government’s argument that the Commerce Clause allowed it to criminalize the use and production of home-grown marijuana plants.

Legalized marijuana is one area where federal policy and public opinion shifted rapidly in a short period of time.

Policy at the state level is a long way from “just say no.”

It’s easy to see a time in the very near future where the federal government either legalizes or decriminalizes marijuana.

Clarence Thomas made it clear that the reality of states legalizing marijuana means from a legal perspective, that day needs to come sooner rather than later.