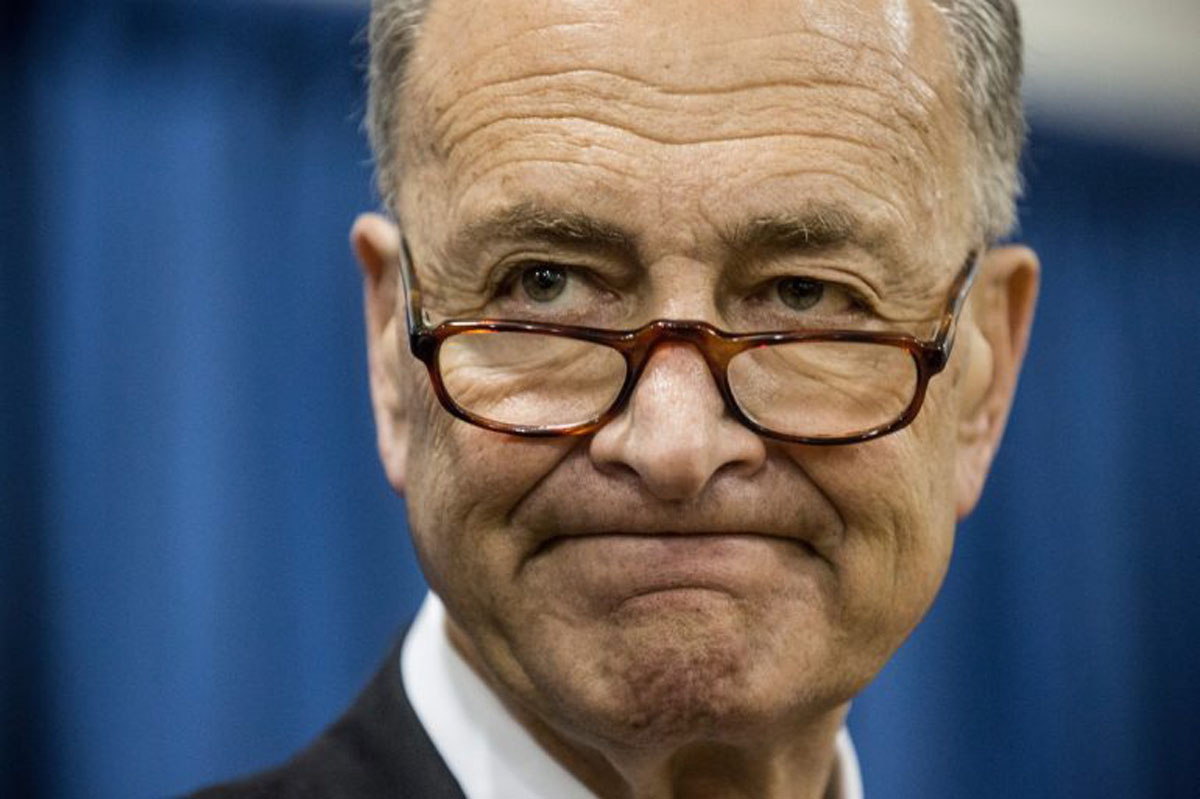 Sex scandals are once again haunting the Democrat Party.

They are trying to smother this growing controversy with a campaign of silence.

And now Chuck Schumer was worried when this woman stepped forward with a big scandal.

With each passing day it becomes more and more obvious that Tara Reade made credible allegations of sexual assault against former Vice President Joe Biden.

At least four corroborating witnesses report that Reade told them her account of Biden’s alleged assault around the time it supposedly took place.

This was a wild 180 degree turn from the Brett Kavanaugh fiasco.

Back in the fall of 2018, Democrats tripped over themselves to declare how they believed all women and that Kavanaugh was a typical privileged, white male pig that needed to be brought low.

By day two of the Brett Kavanaugh hoax, Schumer was already out in the press with a statement demanding the FBI investigate Christine Blasey Ford’s false allegations.

“We need the FBI to step forward to ensure that the Senate and American public have complete information about this troubling alleged incident before a hearing is held,” Schumer roared.

“The White House understands very well that we aren’t asking to open a criminal investigation, but to have the FBI re-open and complete the standard background investigation for someone who has been nominated for a lifetime appointment to the Supreme Court,” Schumer added.

The FBI did conduct a supplemental background investigation, but only after RINO traitor Jeff Flake refused to vote to advance the nomination out of committee unless Republicans agreed to one.

This delayed Kavanaugh’s confirmation by a week after the FBI found no evidence to back up Blasey Ford and Deborah Ramirez’s baseless allegations.

In the case of Tara Reade, there is far more evidence.

And there is no doubt that Reade and Biden knew each other since Reade worked for Biden in the early 1990s.

Biden is leading President Trump in the polls both nationally and in key swing states.

30 million Americans lost their jobs in the last four weeks as the government lockdowns strangled the economy.

Democrats are convinced Donald Trump is toast and that Reade’s allegations are the miracle the President needs to seize back the lead in the election.

Joe Biden ducked answering to these charges for weeks as part of the Schumer-led conspiracy of silence.

But that strategy could not last forever.

Biden finally addressed Reade’s charges in an unconvincing interview on fake news MSNBC which only guaranteed the story would gather more steam after Reade made her media debut in an interview with Chris Wallace on “Fox News Sunday.”