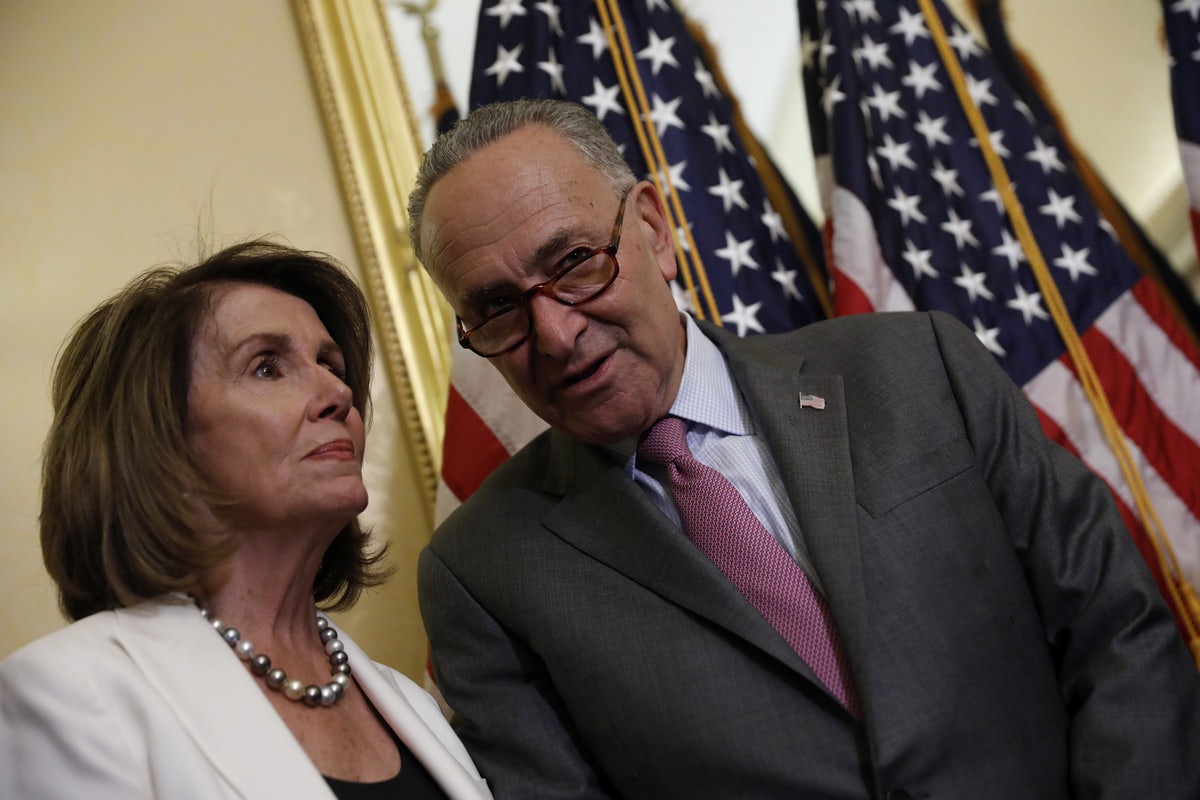 The Democrats are known for the party unity.

They never break ranks and turn on each other.

But that all changed when Chuck Schumer was blindsided by this double cross that he never saw coming.

Congressional Democrats fought tooth-and-nail to resist Donald Trump’s request for $4.5 billion in emergency funding to deal with the crisis along the Southern border.

Chuck Schumer changed tactics and did not obstruct the President’s request and the Senate easily passed a bill by a vote of 84-6.

Led by Alexandria Ocasio-Cortez, the far-left Democrats in the House pushed Pelosi to put together a bill that would have crippled Donald Trump’s ability to enforce immigration law.

But after the Senate passed their bill by such an overwhelming margin, the House had no choice but to accept the Trump-backed Senate bill.

This infuriated open borders advocates in the House.

“Schumer destroyed all our leverage on Wednesday by not being able to hold his people,” one House Democrat senior aide told the Washington Post.

“The Senate Democrats did us a huge disservice,” Jayapal ranted.

“The benefit to having one chamber controlled by Democrats is you have people who can fight and win. But that requires the people in the minority chamber to also fight, even if they lose.”

But Schumer’s allies in the Senate were hearing none of it.

“They’re blaming everyone but themselves,” a Senate Democrat aide told the Post in response.

Schumer realized he was playing a losing hand.

For months, Democrats had been lying about there being no crisis along the Southern border, only to pivot on a dime when reports of children being mistreated in detention facilities surfaced.

The President backed them into a corner by successfully arguing that if the Democrats now agreed there was a humanitarian crisis at the Southern border, why would they block funding to deal with this emergency?

Even in defeat, Schumer did himself no favors in the Democrat primary.

Alexandria Ocasio-Cortez fired off a series of angry tweets about the Democrats’ humiliating defeat.

This Senate Bill will have us write a $4.6 Billion blank check (incl military $) for the border w NO accountability – just a verbal pinky promise.

Trump is not to be trusted with protecting our immigrants. Why must that even be stated? We need hard lines of protection, in ink. https://t.co/xFci23pFo6

This led pundits to reconsider a possibility many previously had laughed off.

Axios previously reported that Ocasio-Cortez was considering mounting a primary challenge to Schumer in 2022.

But open borders is one of Ocasio-Cortez’s defining issues.

Ocasio-Cortez knows the Democrats can’t impose socialism on America unless they import a new electorate through mass migration.

And if Schumer is failing on one of her key litmus test issues, it could anger her enough to throw caution to the wind and run against Schumer.

In today’s base driven politics – and given the population of Manhattan – no one should dismiss the idea of Ocasio-Cortez taking on Schumer in a primary and defeating him.

American Patriot Daily will continue to cover any new developments in the ongoing crisis at the Southern border.