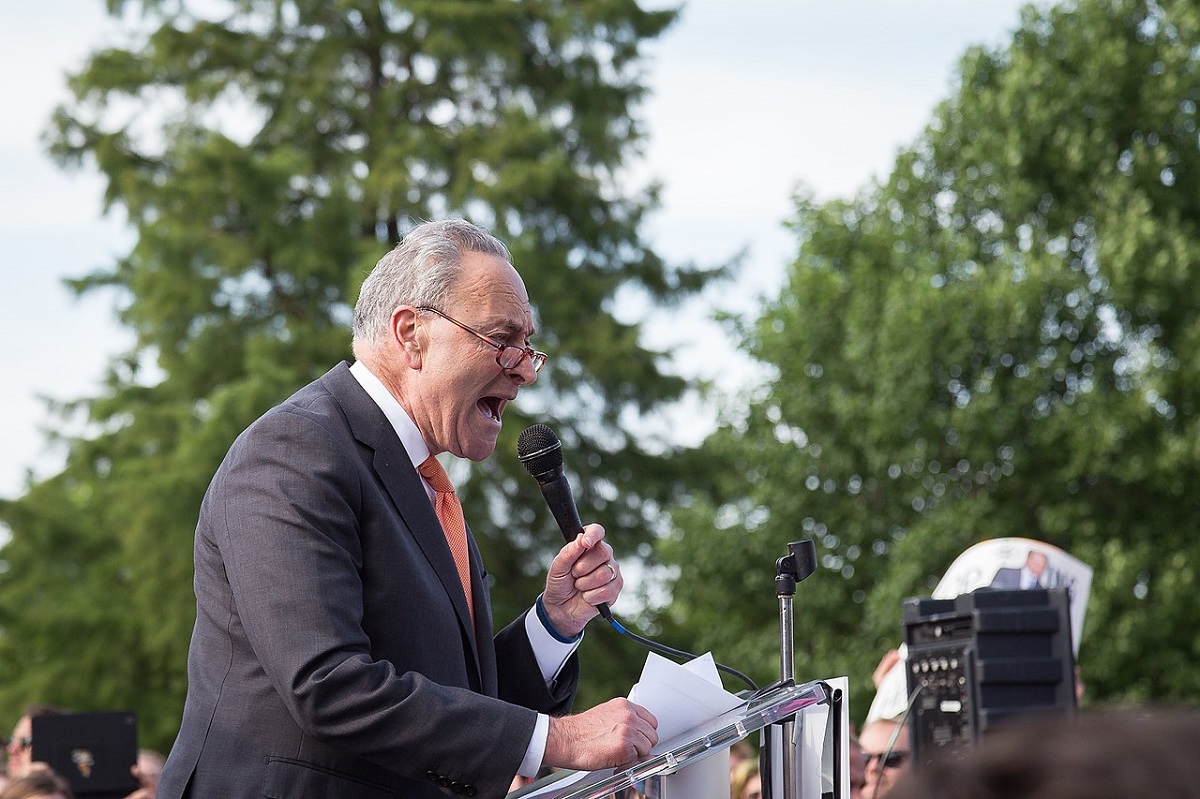 The Democrats are scrambling.

And Chuck Schumer got smacked with two big defeats that he never saw coming.

Chuck Schumer did not have a good day at the office.

Just before recess, Senate Republicans filibustered the Democrats’ bill to create an independent commission to investigate the January 6 incident.

After the vote, Texas Senator Ted Cruz ripped the bill as a politically motivated stunt.

“The January 6 terrorist attack on the Capitol was a dark moment in our nation’s history, and I fully support the ongoing law enforcement investigations into anyone involved. Everyone who attacked the Capitol must be prosecuted to the fullest extent of the law and brought to justice. I also support the Senate committees of jurisdiction who are exercising their proper oversight roles to provide an in-depth and complete account of the attack. With multiple investigations already underway, I do not support the politically motivated January 6 Commission led by Sen. Schumer and Speaker Pelosi,” Cruz declared.

Republicans like Senate Minority Leader Mitch McConnell opposed the bill realizing that Democrats wanted Republicans to vote for a commission whose purpose was to produce a report Democrats could use to attack Republicans in next year’s midterm elections.

That defeat was just the beginning of the losses for Schumer.

Schumer hoped to hand Biden a win on two fronts with his “Endless Frontier” bill.

The legislation was designed to deliver Biden a bipartisan win and to burnish Biden’s credentials on confronting China.

But Schumer’s attempt to ram that bill into law failed as Republicans forced votes on border security and other amendments killing Schumer’s plan to grease the bill through the Senate before the recess.

Not only did Schumer fail to pass his signature bill, but Republicans noted that the legislation failed to achieve its stated goal of boosting American competitiveness with Communist China.

Instead, Florida Senator Marco Rubio pointed out the bill handed the Communist Chinese a sweetheart deal by cutting tariffs on personal protective equipment manufactured in China.

“It is critical that our legislative effort to compete with China doesn’t inadvertently end up benefiting the Chinese Communist Party. Unfortunately, like far too many components of this package, this amendment fails to meet that bar. If the stated purpose of the bill before us is to make our nation more competitive, especially in light of our reliance on China for basic products, including personal protective equipment, it makes no sense to support a provision that cuts tariffs on products made in China,” Rubio stated.

Chuck Schumer walked into the Senate thinking he was going to ring up two big wins.

Instead Schumer slinked out of town into the recess empty-handed.