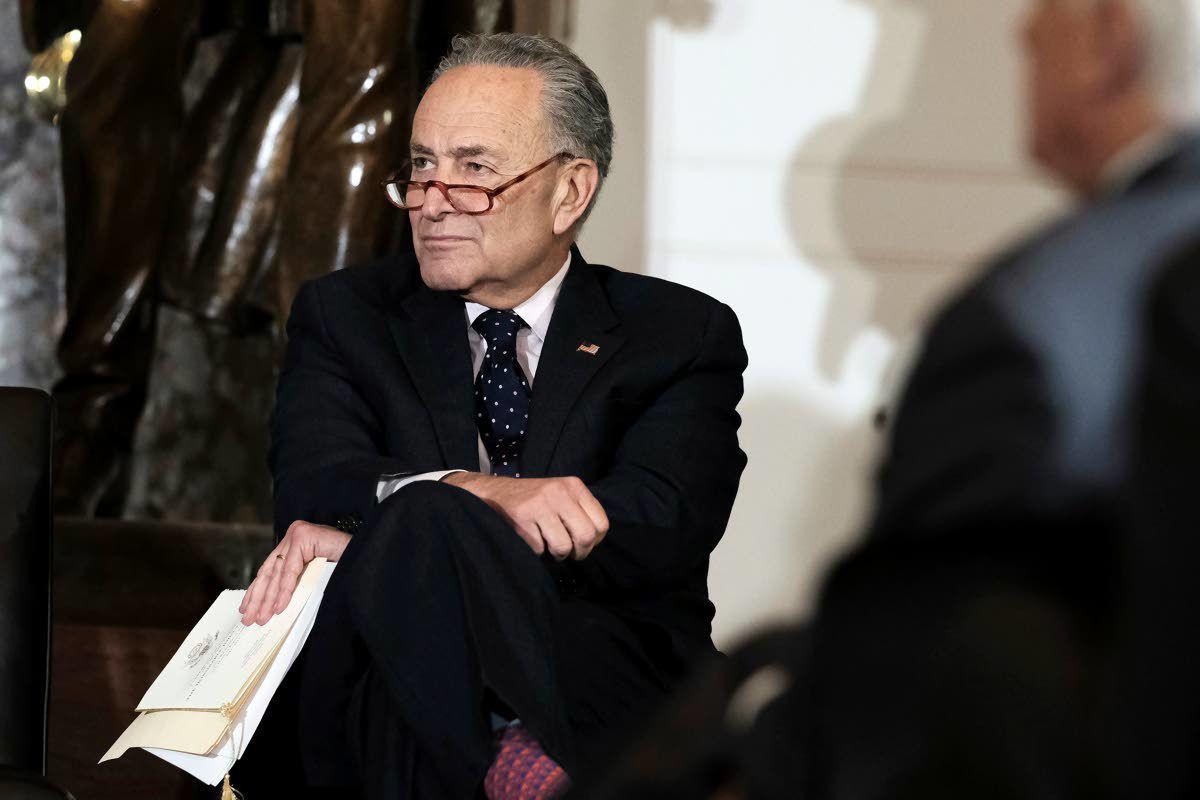 Cracks are forming in the Democrats previously united front on impeachment.

Some Democrat Senators want to cut their losses and move on.

And all hell broke loose when Chuck Schumer sent one secret impeachment letter to the Republicans.

Democrats are about to lose control of the impeachment narrative.

Up until this point, Committee Chairman Adam Schiff and Jerry Nadler had free reign to conduct a Soviet-style show trial.

The Democrats’ ability to set the rules and call the witnesses allowed the left to feed a fake news narrative that Congressional Democrats constructed a “damning” and “devastating” case for impeaching President Trump.

But now that the Democrats voted on articles of impeachment, the scene shifts to the Republican-controlled Senate.

They see that the Real Clear Politics average of polls shows more Americans oppose impeachment than support the Democrats’ scheme to undo the last election.

And Schumer and his allies recognize that key Republicans see through impeachment for the joke and farce that it is.

That’s why Schumer launched a desperate Hail Mary attempt to put the Republicans on defense by dispatching a letter to Senate Majority Leader Mitch McConnell demanding four key administration officials that the President blocked from testifying in the House appear at a Senate trial.

Schumer asked for Robert Blair, the Senior Advisor to the Acting White House Chief of Staff Mick Mulvaney, former National Security advisor John Bolton, Associate Director for National Security for the Office of Management Michael Duffey, as well as Mulvaney himself to testify.

Democrats claimed these four would have firsthand knowledge of President Trump’s decision to withhold military aid to Ukraine.

But in reality, it revealed the weakness of the House Democrats’ case for impeachment.

Had Schiff and Nadler really built an airtight case, Schumer wouldn’t be begging for new documents and witnesses.

Republicans laughed at Schumer’s desperate ploy to distract the American people from the nonexistent case for impeachment.

Even Maine RINO Susan Collins – widely considered the most liberal Republican and most likely to vote to convict on articles of impeachment – blasted Schumer’s grandstanding.

“I was surprised that he didn’t first sit down with the Senate majority leader and discuss his proposals rather than doing a letter that he released to the press,” Collins told POLITICO. “The more constructive way would have been for him to sit down with Sen. McConnell.”

The Senate Majority Leader noted it was the House’s job to gather testimony and evidence while the Senate was supposed to evaluate the facts House investigators gathered.

“It is not the Senate’s job to leap into the breach and search desperately for ways to get to ‘guilty,’” McConnell declared.

Great American Daily will keep you up to date on any new developments in the Democrats’ impeachment witch hunt to remove President Trump from office.