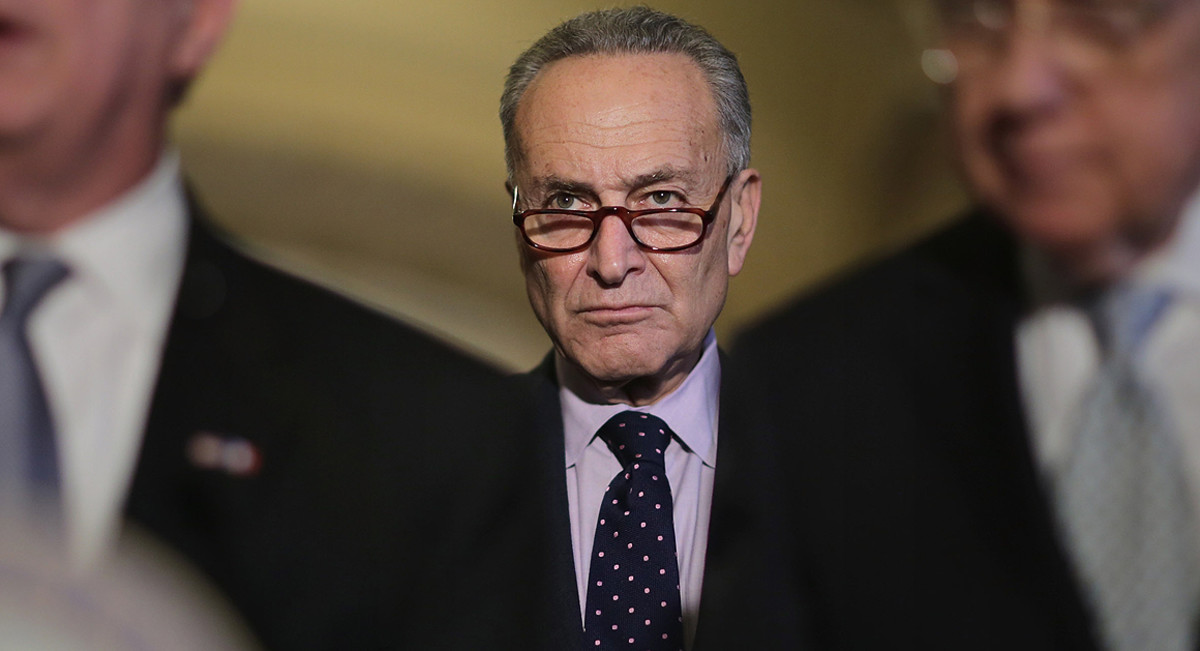 The battle lines are being drawn for a fight that could determine Donald Trump’s fate in 2020.

Democrats believe they hold all the cards.

And Chuck Schumer let the cat out of the bag on a nasty surprise Trump will hate.

Chuck Schumer is the forgotten man in the impeachment debate.

Under the Constitution it’s up to the House to draft and pass articles of impeachment.

Then the Senate holds a trial where it takes a two thirds majority to convict and remove the President from office.

Since Schumer is the minority leader in the Senate he is the least powerful person in the equation.

The Senate conviction of the President depends on more than 20 Republicans stabbing President Trump in the back and voting to convict on the articles of impeachment and Schumer holds no sway over their vote.

But Schumer does have an insight into how Nancy Pelosi plans to handle impeachment.

During a press gathering, Schumer let it slip that he has confidence in Pelosi managing the Democrats’ desire for impeachment with the political realities that impeachment is toxic.

“I believe that … Speaker Pelosi is handling this appropriately,” Senator Schumer said in a gathering with reporters.

Impeachment is gathering steam and is close to reaching a critical mass.

Nearly half the Democrats in the House support impeachment.

But that is still far short of the 218 votes necessary to pass articles of impeachment through the House.

Senator Schumer probably quietly hopes impeachment stalls out and articles of impeachment never make their way to the Senate.

That’s because Democrats need to flip four seats to seize an outright majority in the Senate.

To win those seats Democrats will have to win races against Republican incumbents in red or purple states.

The Democrats’ task goes from uphill to impossible with an impeachment inquiry open in the House.

Every Democrat Senate challenger in states like Arizona, Colorado, Georgia, Iowa, Maine, North Carolina and Texas will be forced to either infuriate their base by renouncing impeachment or alienating swing voters by supporting the attempts to nullify the results of the 2016 election.

But there may be a limit to Pelosi’s power to hold off impeachment.

Democrats are going home for a six week Congressional recess.

While Democrats are at home in their district, they will see their town halls flooded with unhinged, angry Democrats out for blood on impeachment.

Democrat members of Congress will spend six weeks peeking over their shoulder in fear of a left-wing primary challenger running to their left on impeachment.

With that reality in mind it is only a matter of time before 218 Democrats come out in favor of impeachment.

But that moment spells the end of Chuck Schumer and the Democrats’ chances of winning back control of the United States Senate.

Conservative Revival will continue to keep you up to date on any new developments in the Democrats’ ongoing efforts to impeach President Trump.