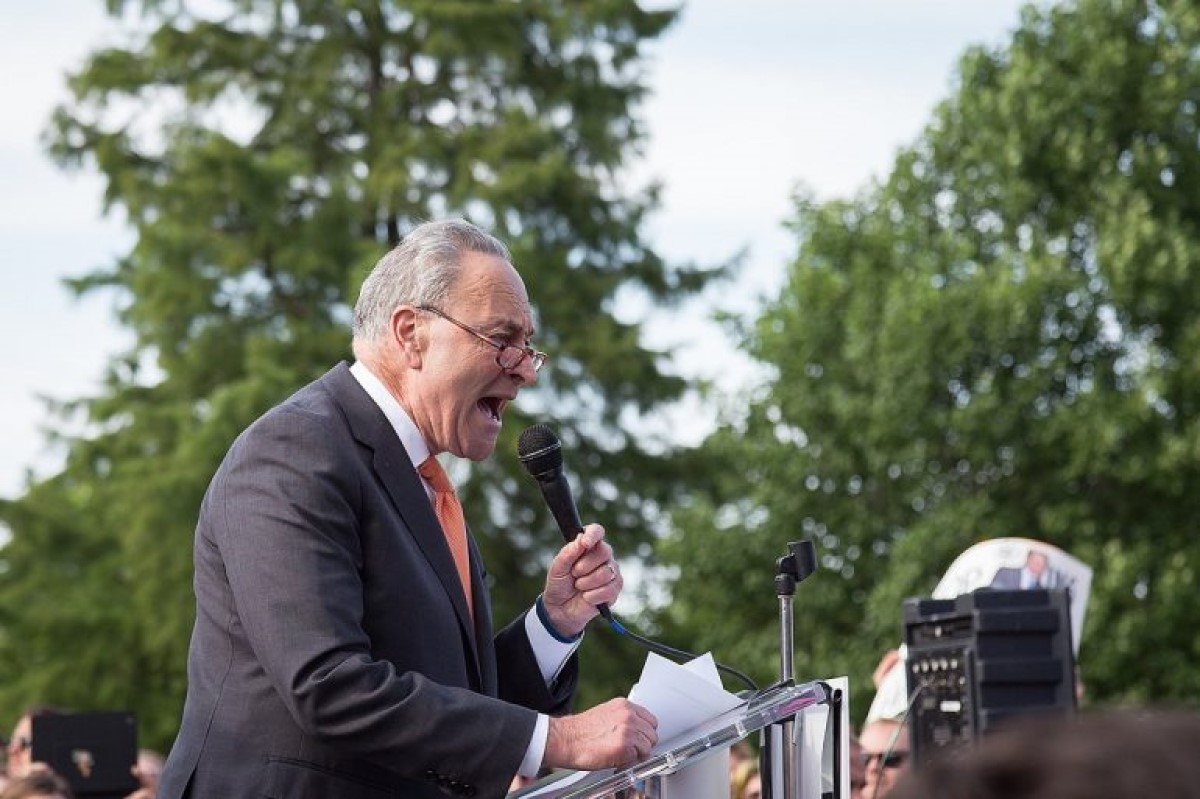 Americans were appalled by the news that a liberal attempted to assassinate Supreme Court Justice Brett Kavanaugh.

It put the left, back on its heels.

And Chuck Schumer instantly regretted what he said in this video about Brett Kavanaugh.

Jen Psaki spoke for Joe Biden and all but encouraged leftists to terrorize conservative justices outside their homes.

A left-wing group published a Google Maps image of the justices’ addresses online.

Now the bill for the Democrats’ incitement came due.

The man wanted to assassinate Brett Kavanaugh out of anger over the decision to overturn Roe v. Wade as well as Kavanaugh’s support for the Second Amendment.

A man with a gun and a knife was detained by police early Wednesday morning near Brett M. Kavanaugh’s Maryland home after making threats against the Supreme Court justice, according to local and federal officials.

Authorities identified the man as Nicholas John Roske, 26, of Simi Valley, Calif., charging him with the attempted murder of a federal judge. The criminal complaint did not specifically name Kavanaugh. Efforts to immediately reach Roske’s family were unsuccessful. It is unclear whether he has an attorney.

When the news broke, a video of Chuck Schumer from March 2020 ranting and raving about Justices Neil Gorsuch and Kavanaugh ‘paying the price’ for potentially overturning Roe v. Wade attracted new attention.

Democrats and the corporate media love to parrot the lie that Trump supporters are a bunch of domestic extremists one bad night’s sleep away from starting the second American Civil War.

In this video, critics contend Chuck Schumer is inciting violence against Supreme Court justices and whipping liberals into an angry mob.

Americans recalled the fact that the worst act of political domestic terrorism came when a Bernie Sanders supporter – egged on by the lies he was fed on MSNBC and CNN about Russian collusion – attempted to assassinate over 20 Republican members of Congress back in 2017.

To many Americans this looks like an open and shut case of Democrats getting what they want.

Critics allege Chuck Schumer and other leftists slapped a target on the Supreme Court justice’s back with overheated rhetoric.

Thankfully no one was hurt.

Great American Daily will keep you up to date on any new developments in this ongoing story and the rest of the breaking news in politics; please bookmark our site, consider making us your homepage and forward our content with your friends on social media and email.