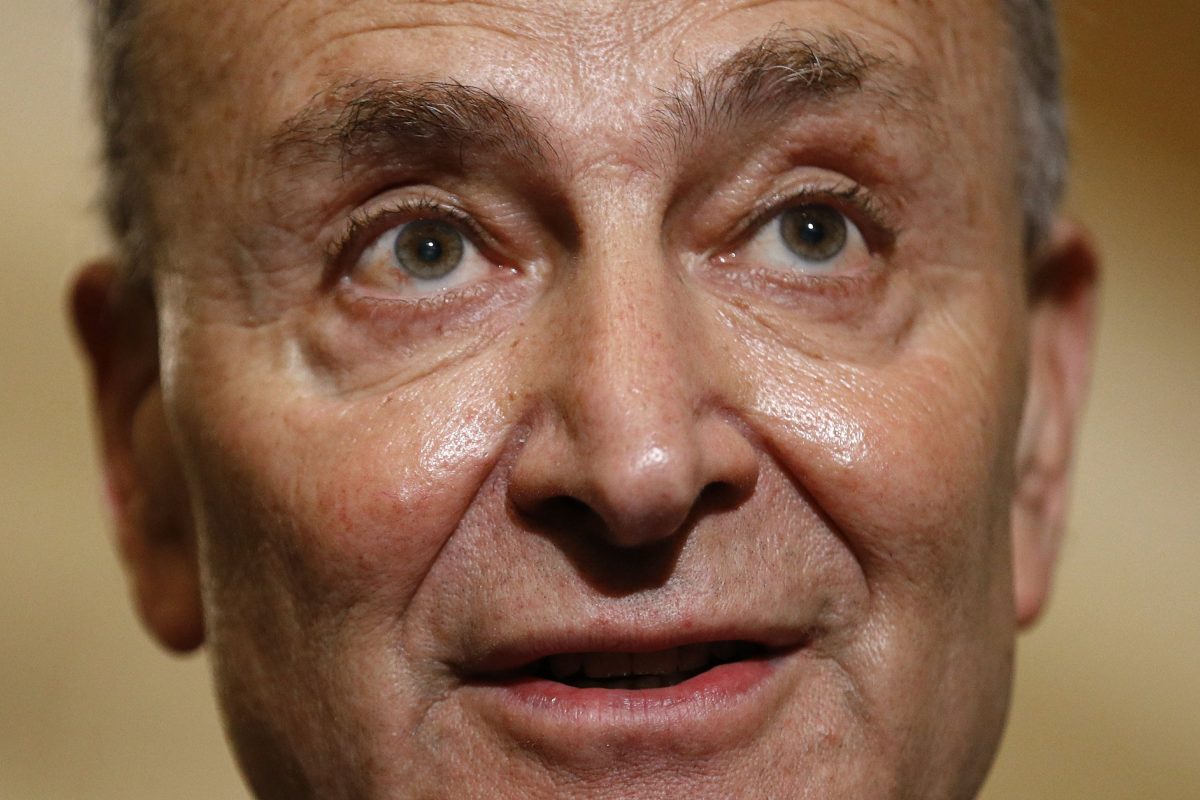 The Democrats are not messing around.

They fully intend to try and remove Donald Trump from office.

But Chuck Schumer fumed in rage after this impeachment threat backfired big league.

When news broke that a whistleblower filed a complaint over Donald Trump pressuring the President of Ukraine to investigate Joe and Hunter Biden for corruption, the Democrats smelled blood in the water.

Led by Chuck Schumer, Democrats immediately accused the administration of a cover up because the Department of Justice correctly realized that the whistleblower statute mandating the Office of Director of National Intelligence turn over any such complaints to Congress only applied to complaints against individuals that worked in the intelligence community.

Schumer saw an opportunity to score cheap political points and fired off a letter demanding Senate Republicans launch an investigation into these allegations and that the Trump administration fork over the whistleblower complaint and accompanying intelligence community watchdog report.

“In the face of this dire warning and the Trump Administration’s effort to cover it up, the Republican-led Senate has remained silent and submissive, shying away from this institution’s constitutional obligation to conduct oversight,” Schumer roared.

“The Republican Senate’s ‘see no evil, hear no evil’ attitude toward such a serious national security concern is unacceptable and must change,” Schumer continued.

This quickly turned into a case of be careful what you wish for.

Senate Republicans joined the Democrats in unanimously passing a resolution insisting the Trump administration turn over the whistleblower complaint and report to Congress.

President Trump followed that up by announcing that he would release the transcript of his call with Ukrainian President Volodymyr Zelensky.

And then the administration announced it would make the whistleblower complaint and report available to Congress this week.

At that point in time, a new reality dawned on many Democrats.

However, Democrats arrived at all of these decisions on how to proceed on the politically toxic issue of impeachment without knowing any real facts.

In fact, Donald Trump held all the cards.

The President and his team know what was said on that phone call.

They know what the transcript will show.

And they know that the whistleblower report and complaint are giant nothing burgers.

Democrats walked to the poker table and pushed all their chips into the center of the table without knowing if they held any cards.

This could turn out to be one of the worst self-owns in the history of American politics.

But the Democrats really have no one to blame but themselves.

They struck out on every avenue of pursuing impeachment and their base – as well as their allies in the fake news media that hold a much greater say in the direction of the party than anyone cares to admit – were growing impatient.

So that is how Chuck Schumer and the Democrats ended up playing a losing hand on this fake Ukraine scandal.