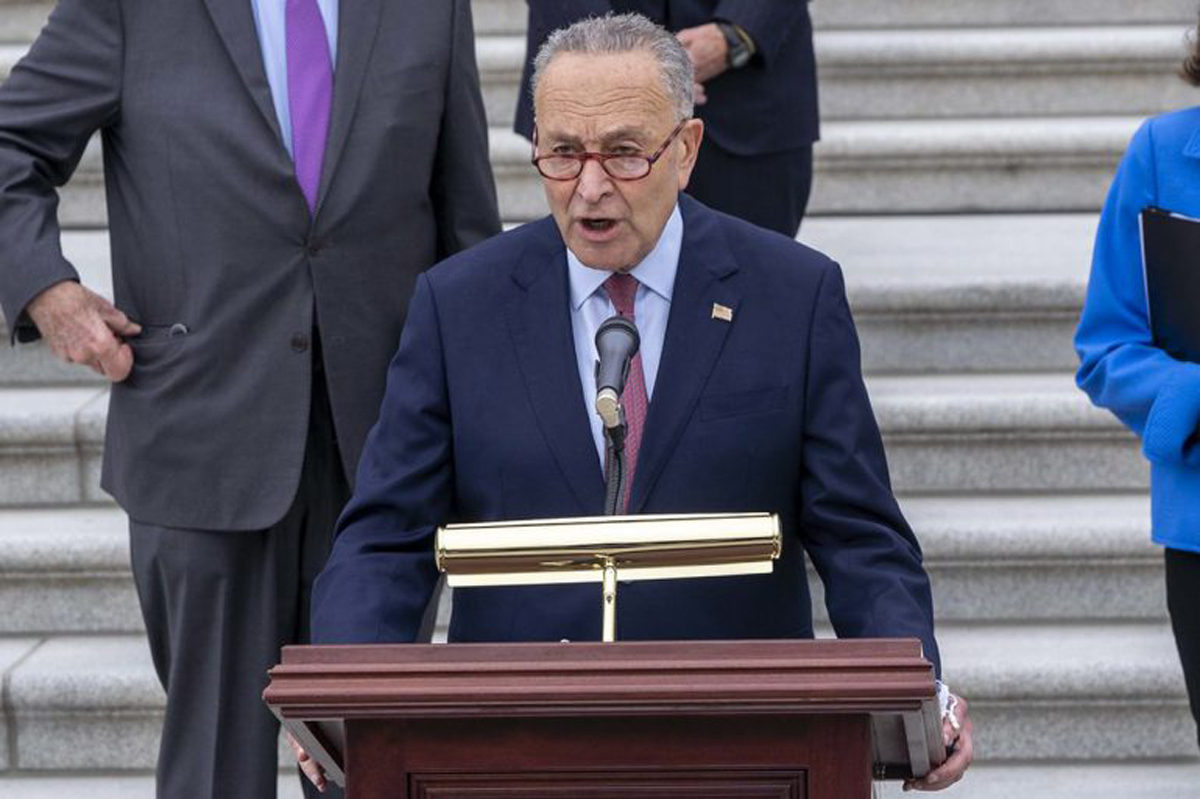 Everything is on the line for Chuck Schumer in next year’s election.

Democrats are getting nervous.

And Chuck Schumer did a double-take at the results of this poll.

Republicans only need to win a net gain of one Democrat-held Senate seat to oust Chuck Schumer as Majority Leader.

Winning back the majority will allow the Republicans to slam the brakes on Joe Biden’s socialist agenda.

But Democrats believe that five incumbent Republican senators retiring will force Republicans to spend money in competitive primaries and general elections that would otherwise flow into races where GOP challengers try to unseat Democrat incumbents.

North Carolina is one state where an anti-Trump RINO retired, creating an open seat.

Democrats looked at the Tar Heel State as hosting one race where the left could play offense and possibly flip a Republican-held seat which would cripple the GOP’s chances to win control of the Senate.

But the Republican Party may have a definitive frontrunner in North Carolina with the name ID and grassroots support to win the primary and build a coalition capable of holding the seat in November.

A new poll obtained by The Hill shows Trump holding a double-digit lead in a crowded Republican primary.

A poll obtained by The Hill on Tuesday shows Lara Trump with a double-digit lead over a crowded field of current and potential GOP Senate candidates in North Carolina. The survey, conducted by the GOP polling firm Cygnal, found her garnering 32.4 percent in an eight-way primary contest. She’s followed in second place by North Carolina Lt. Gov. Mark Robinson at 20.1 percent.

Only two other potential candidates, former Gov. Pat McCrory and former Lt. Gov. Dan Forest, notched double-digit support in the poll, scoring 14.2 percent and 12.7 percent respectively. Former Rep. Mark Walker (R-N.C.), the only candidate to have already announced a bid for Burr’s seat, finished fifth in the poll at 3 percent.

Lara Trump was a popular campaign surrogate in 2016 and 2019; her newfound role as a Fox News contributor and her last name allow Trump to build up a very favorable rating with North Carolina Republicans.

“Of all the candidates included in the poll, Lara Trump scored the highest net favorability rating, as well, coming in at 66.6 percent,” The Hill reported.

Only one other candidate—former Lt. Governor Dan Forest—reached 50 percent favorability in this poll.

North Carolina is a state that leans red and in a year that figures to see a more favorable political environment, Lara Trump may be the GOP’s strongest candidate to keep the state’s Senate seat in Republican hands and allow the party to play offense in Democrat-held races.