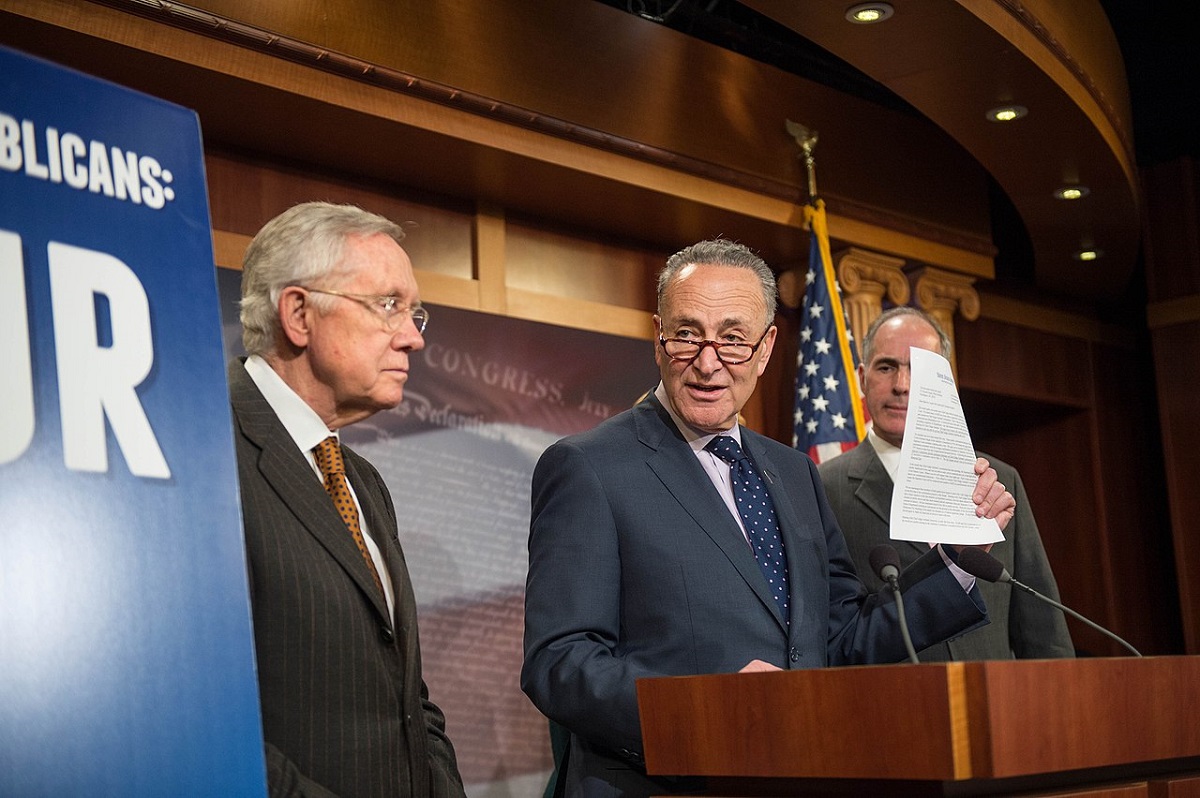 Democrats never thought it would get to this point.

But their worst nightmare is about to come true.

Chuck Schumer will have to admit one defeat that will leave Democrats fuming mad.

Democrats find themselves in a bind.

Chuck Schumer and Nancy Pelosi are trying to muscle a $3.5trillion spending bill that Republicans blast as the gateway to turning America into a socialist nation.

But Congress is also fighting over raising the debt ceiling to dump trillions of new dollars in printed money on the heads of the American people at a time when inflation is soaring.

Democrats plan to pass the $3.5trillion bill – which included major portions of Alexandria Ocasio-Cortez’s Green New Deal – through the reconciliation process along a party line vote.

But Chuck Schumer planned on using Republicans’ votes to pass the debt ceiling bill that will finance the socialist spending binge.

However, Senate Minority Leader Mitch McConnell told Punchbowl News that Republicans would not provide any votes to raise the debt ceiling and that Democrats would have to plunge the nation trillions of dollars deeper into debt using the reconciliation process.

“We have opposed virtually everything they’ve done this year. They’ve done it through two reconciliation bills, a rescue bill and now they’re trying to do it again. It’s their obligation. They should step up. It’s hard being in the majority. They are the ones who will raise the debt limit,” McConnell stated.

Democrats and their allies in the corporate media believe that when push comes to shove Republicans will fold and provide the votes to pile on trillions of dollars in new debt through regular order.

But Mitch McConnell made it clear to Punchbowl that the GOP was not about to help the Democrats fund a massive new expansion of socialism by doing the dirty work of voting for the debt ceiling.

“Do you guys think I’m bluffing?” he responded when pressed further on the issue. “Everybody pretty much understands whose responsibility it is … [Democrats are] in charge of this government. They’ve been trying to demonstrate that all year long in party line votes to jam us. They will raise the debt ceiling,” McConnell added.

Democrats having to pass a debt ceiling increase through the reconciliation process only adds to the difficult process Democrats face.

Chuck Schumer cannot afford to lose one vote in the Senate or else the package dies.

Mitch McConnell told Punchbowl his job is not to make the Democrats’ lives easier.

“That’s their problem. I’m not voting [for a debt limit increase] … I hate to say ‘Read my lips’ because that didn’t work out too well for the guy who said that. So I won’t use that particular terminology,” McConnell concluded.