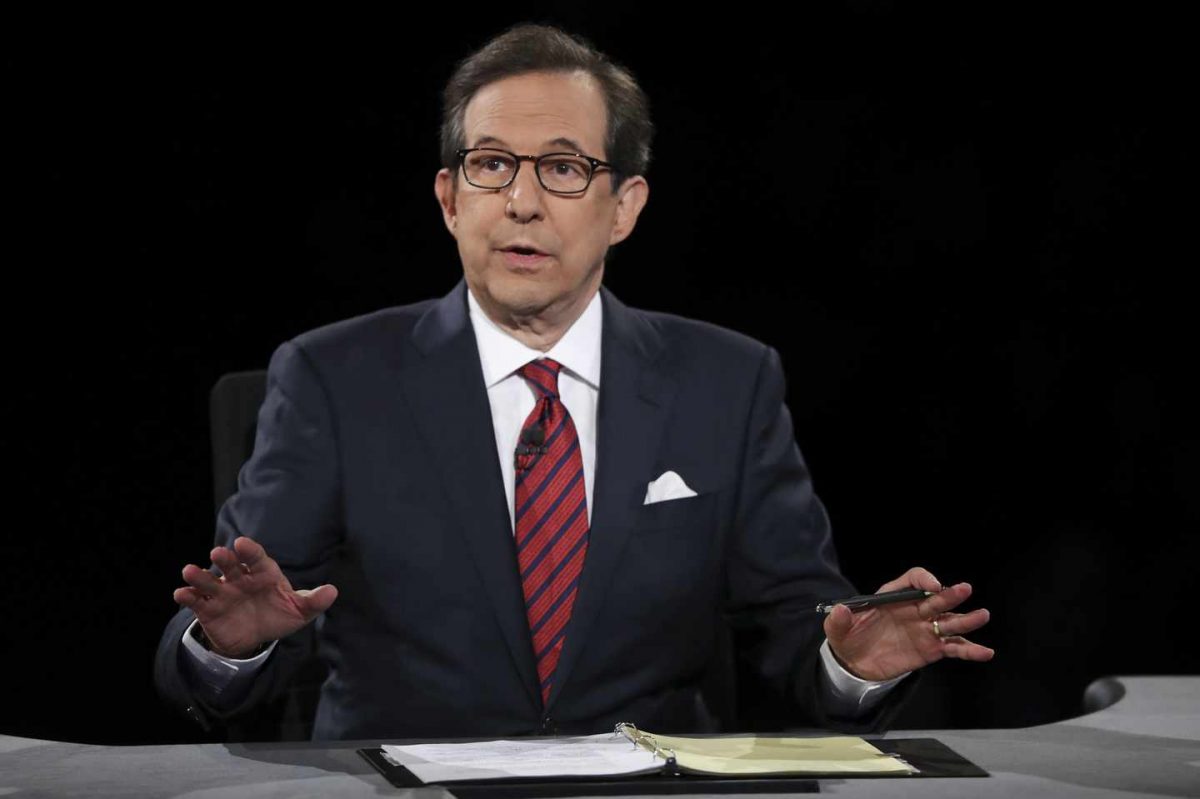 But this situation took a turn for the worse.

Chris Wallace caused one big problem at Fox News after what he did to Trump.

Chris Wallace was praised as the most effective moderator in the 2016 presidential debates.

Wallace’s evenhanded performance where Wallace asked fair questions of both Hillary Clinton and Donald Trump led to the Commission on Presidential Debates selecting Wallace to moderate the opening debate between President Trump and Joe Biden.

That proved to be a disastrous decision.

Wallace ended up tag-teaming with Joe Biden to throw President Trump off his game.

While Wallace is considered one of Fox News Channel’s biggest stars and is the network’s face of its straight news programming, other Fox News stars slammed Wallace for his pro-Biden and pro-Democrat moderating performance.

“Trump is debating the moderator and Biden,” Laura Ingraham wrote.

“Fox and Friends” co-host Brian Kilmeade also called out Wallace for lecturing President Trump about interrupting, but allowing Joe Biden to cut off President Trump whenever he felt like.

“Why is @JoeBiden allowed to interrupt? @realDonaldTrump is not,” Kilmeade wondered.

Miller blasted Wallace for ignoring the fact that it is Joe Biden voters murdering cops on the street, looting businesses and burning down buildings and instead focusing on the obscure threat posed by the previously irrelevant far-right Proud Boys group.

“Wallace is grilling Trump on his supporters taking to the streets when antifa is burning businesses down right now,” Miller posted on social media.

At one point Miller called out Wallace for laughing along with Biden’s jokes about President Trump.

“That was not good,” Gutfeld responded.

After the debate, pundits called the debate the worst in history and demanded the Commission cancel the rest of the debates.

But in reality, it was Wallace’s horrendous performance that backed President Trump into a corner as the President quickly realized he was not competing on a level playing field.