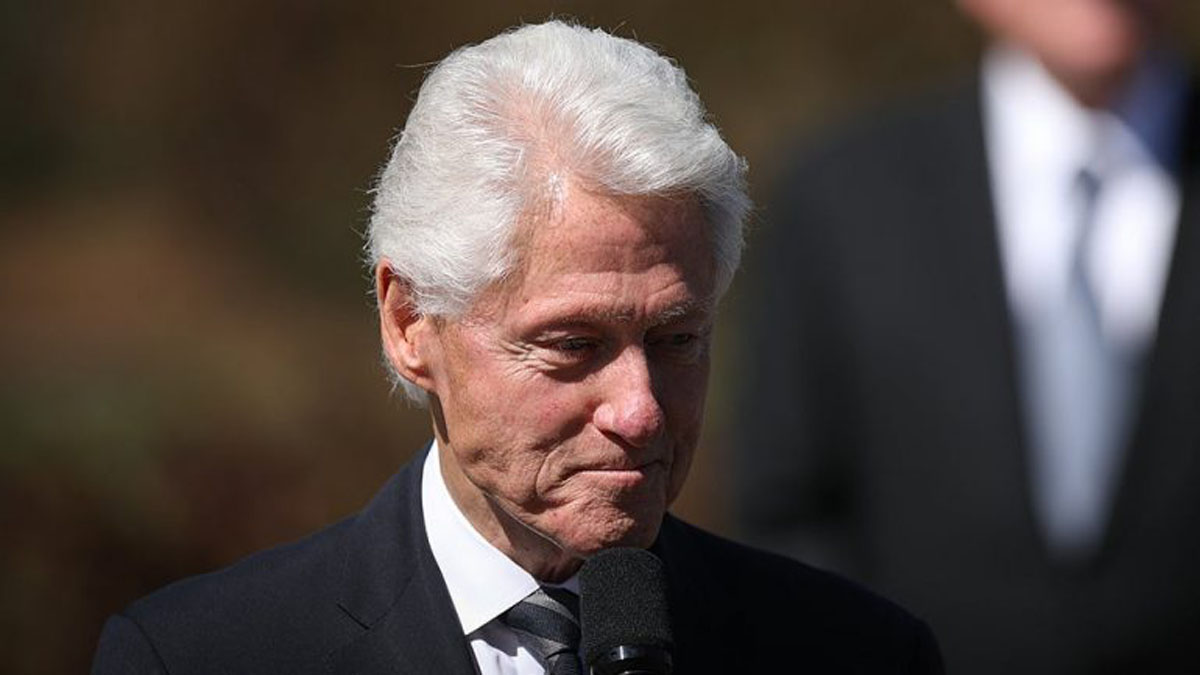 The Clinton family is always floating around the edges of scandal.

But now Bill Clinton may have outdone himself.

And now criminal charges in this shocking death have Bill Clinton sweating bullets.

There is a popular meme circulating the internet that the mainstream media would like to crush.

“Epstein didn’t kill himself” is a meme that refuses to die.

And there is good reason for it.

Epstein was an evil rapist who had dirt on many powerful individuals.

He was also the most notorious prisoner in the prison who had been found unconscious in his cell two weeks later.

And MCC isn’t a common county jail. There has only been one other suicide in MCC’s 40-year history and only three other attempts.

There are normally good procedures to keep inmates from taking their own lives.

That’s not even mentioning the fact that bones in his neck were broken which is almost unheard of in suicides but is commonplace in homicides.

The public doesn’t think that Epstein killed himself and with good reason that facts of the case seem to point towards homicide.

There has to be a good reason that the mainstream media is so set against anything coming out.

Bill Clinton had a close friendship with Epstein. He ditched his Secret Service to fly many times on Epstein’s private plane which was called the Lolita Express.

One underage rape victim who just came forward said that while Epstein was flying her home, he told her that she was sitting in the seat on the plane where Bill Clinton always sat.

There are even documents in the Clinton library that suggest that Epstein visited Bill Clinton while he was president.

If Epstein didn’t kill himself, the question then becomes who has the power, not only to bump off Epstein, but also to control the New York state officials and the media coverage.

The Clintons not only have the connections to do all of that, but in the past, people with dirt on the Clintons have died in suspicious suicides.

The public fascination with the case may lead to far more information coming to light.

The two prison guards who were on duty that night have been arrested for falsifying records.

According to USA Today:

Two federal prison officers were charged Tuesday with falsifying records, stating they had checked on accused sex trafficker Jeffrey Epstein in the hours before he hanged himself in his Manhattan cell.

Federal prosecutors alleged that Tova Noel and Michael Thomas, assigned to Epstein’s special housing unit at Metropolitan Correctional Center, “browsed the Internet,” lingered in an office common area and appeared to sleep for two hours when they should have been conducting inmate checks.

Noel and Thomas signed “false certifications” attesting they had made their required rounds, according to court records.

Prosecutors alleged that no inmate checks were made from 10:30 p.m. Aug. 9 to 6:30 a.m. the following morning, when the officers discovered Epstein’s body. During that time, the officers should have conducted five separate inmate counts in the high-security unit.

If the prison guards were really too lazy to go and check Epstein’s prison cell when the man was their highest profile prisoner in the country and the only person in the prison that had attempted suicide, maybe they can get off with an insanity plea, because it would be a total failure to do what was in their own best interest.

Even if they were checking no other prisoner in the building, they should have been checking on Epstein.

But the arrest gives out hope that more facts about Epstein’s death may be uncovered.

Do you think that Bill Clinton is worried because Epstein’s prison guards have been arrested?