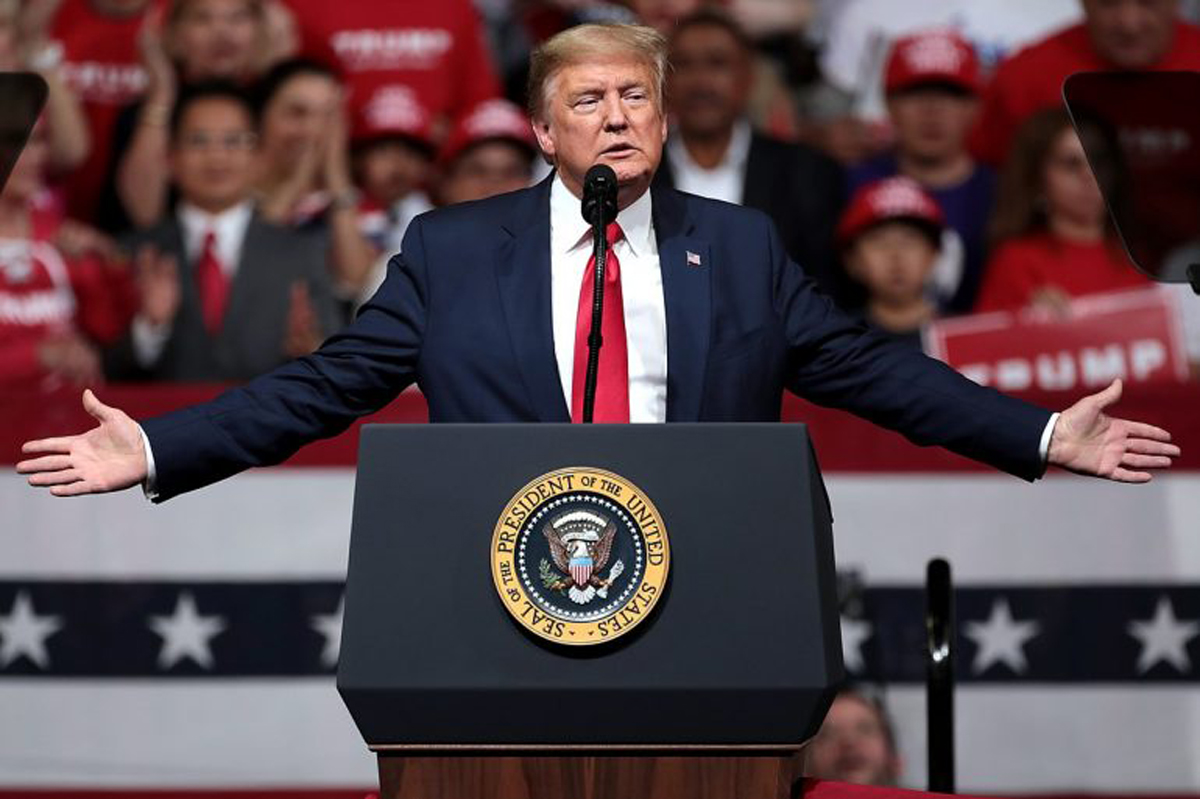 Kamala Harris Got Called One Name That Left Everyone Speechless

Now, Trump is wondering if it was worth it.

And that’s because Brett Kavanaugh let Trump down with this major betrayal.

The latest data point in their leftward lurch came when Roberts and Kavanaugh joined the Court’s three liberals to reject a challenge brought by the Alabama Association of Realtors to the Centers for Disease Control coronavirus pandemic eviction moratorium.

Kavanaugh wrote that he agreed that the CDC lacked the constitutional authority to prevent landlords from evicting delinquent tenants, but that since the Biden administration announced the moratorium would end on July 31, Kavanaugh thought it was OK to let the Constitution lapse for a month.

To add another layer of judicial gymnastics in his brief opinion, Kavanaugh even said he would flip his vote and rule any extension unconstitutional.

I agree with the District Court and the applicants that the Centers for Disease Control and Prevention exceeded its existing statutory authority by issuing a nationwide eviction moratorium. See Utility Air Regulatory Group v. EPA, 573 U. S. 302, 324 (2014). Because the CDC plans to end the moratorium in only a few weeks, on July 31, and because those few weeks will allow for additional and more orderly distribution of the congressionally appropriated rental assistance funds, I vote at this time to deny the application to vacate the District Court’s stay of its order. See Barnes v. E-Systems, Inc. Group Hospital Medical & Surgical Ins. Plan, 501 U. S. 1301, 1305 (1991) (Scalia, J., in chambers) (stay depends in part on balance of equities); Coleman v. Paccar Inc., 424 U. S. 1301, 1304 (1976) (Rehnquist, J., in chambers). In my view, clear and specific congressional authorization (via new legislation) would be necessary for the CDC to extend the moratorium past July 31.

Kavanaugh let down conservatives on multiple occasions this term.

In cases where conservatives could have scored sweeping wins, Kavanaugh voted with the left to uphold Obamacare and leave in place the ability for government to discriminate against the free exercise of religion.

Kavanaugh seems to care most about being in the majority.

When liberals tried to destroy Kavanaugh’s confirmation with a last-minute smear campaign based on false allegations of gang rape and sexual assault, Trump and Republicans dug in and fought for Kavanaugh thinking he would be a conservative vote on the Supreme Court.

Instead Kavanaugh turned out to be a social climber eager to win back the respect of his liberal neighbors in suburban Maryland by voting with the left in major cases.

Kamala Harris Got Called One Name That Left Everyone Speechless