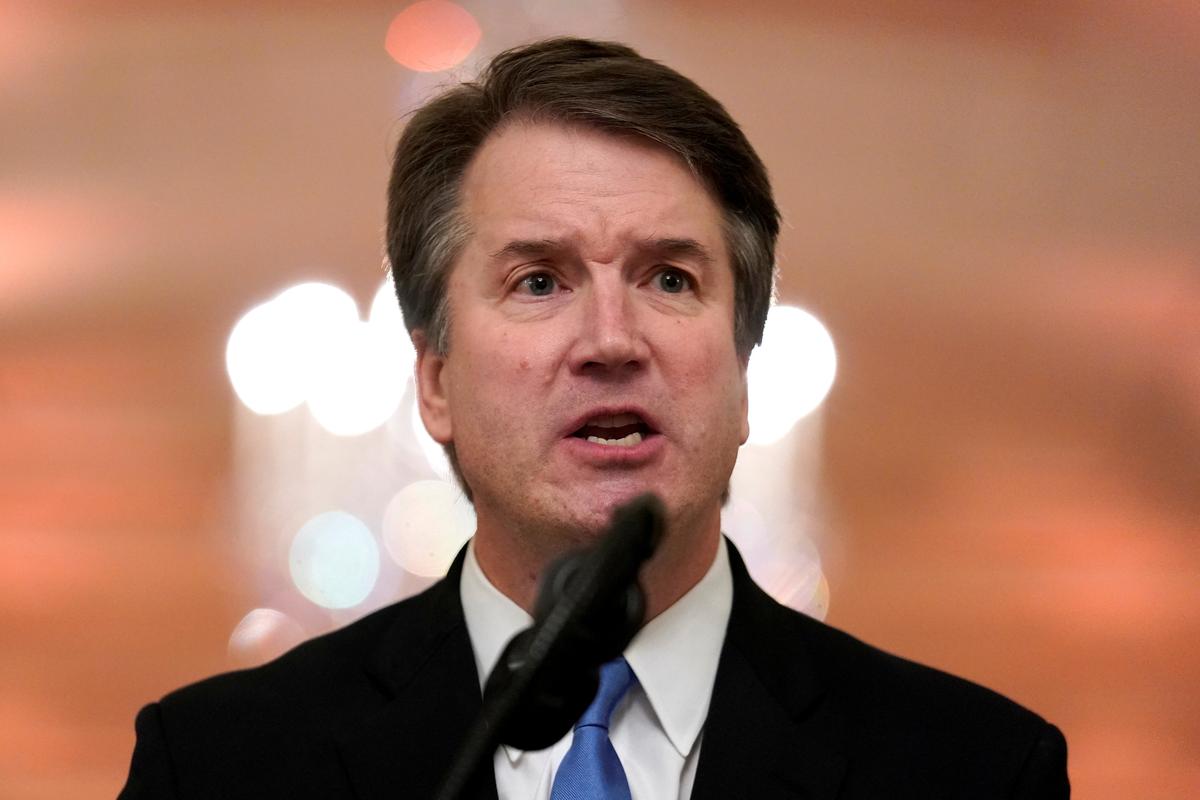 Donald Trump counts Brett Kavanaugh’s confirmation as one of the great victories of his Presidency.

But now all Americans are starting to recognize the scope of President Trump’s triumph.

And Brett Kavanaugh sent Nancy Pelosi a message that had Pelosi red with rage.

Nancy Pelosi had good political reasons to try and keep Kavanaugh from getting on the Supreme Court.

The Supreme Court has had far more power to shape society than any other branch of the government.

And the liberal Supreme Court of the last fifty years has been working to destroy the Constitution.

The states of America are supposed to have the right to decide any matter that is not in the Constitution.

But the Supreme Court has taken away states’ abilities to make laws on things that are not mentioned in the Constitution at all.

The Founding Fathers didn’t include the right to have an abortion in the document.

The Founding Fathers didn’t think that gay marriage was a fundamental right.

The proper way to make new federal laws is to pass a constitutional amendment, not have the Supreme Court make up new laws that are never touched on in the Constitution.

And Elizabeth Warren is proposing another unconstitutional law with her wealth tax.

But now the Supreme Court can start working to undo one of the terrible rulings that was made before and go back to what the Constitution says.

After today, it seems that constitutionalists have reason to be optimistic about the U.S. Supreme Court’s willingness to soon rectify a pivotal separation of powers doctrine.

Last term, in the case of Gundy v. United States, the Court refused to resuscitate constitutional law’s so-called “non-delegation doctrine.” The non-delegation principle, which directly flows from Article I, Section 1‘s provision that “[a]ll legislative Powers herein granted shall be vested in a Congress,” simply affirms that Congress cannot delegate its exclusively vested lawmaking power to other branches of the federal government  — meaning lawmaking power delegated to the executive branch’s sprawling administrative state, in practice. Although that proposition might seem like an unassailable interpretation of the Article I Vesting Clause’s plaint text, the Court has muddled the doctrine since the time of the New Deal by only requiring that Congress cabin its delegations to the administrative state with the veneer of a discretion-constraining “intelligible principle.”

In Gundy, a case in which Justice Kavanaugh was recused, the four liberal justices refused to restore the non-delegation doctrine to its rightful place in constitutional law. Justice Gorsuch, joined by Justice Thomas and Chief Justice Roberts, dissented, noting that “[t]hrough the Constitution, … the people had vested the power to prescribe rules limiting their liberties in Congress alone. No one, not even Congress, had the right to alter that arrangement.” Justice Alito, recognizing Justice Kavanaugh’s recusal from the case, wrote a stealthy concurrence in the judgment in which he opined that “[i]f a majority of this Court were willing to reconsider the approach we have taken” to non-delegation cases since the New Deal, then he “would support that effort.”

Democrats are terrified that the Supreme Court will actually uphold the Constitution.

Do you think that it’s high time the Democrats started obeying the law?