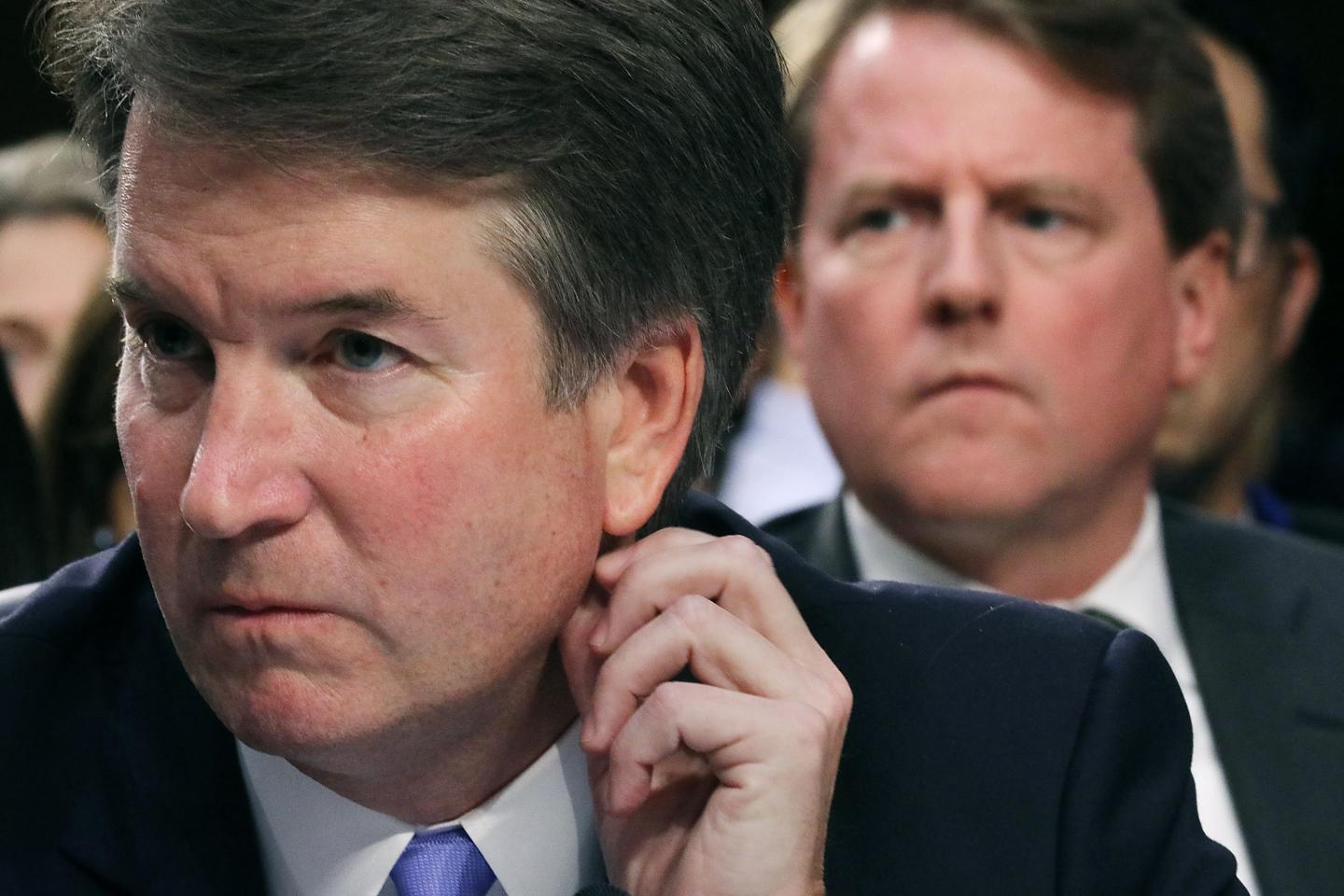 Even after winning confirmation to the Supreme Court Brett Kavanaugh cannot feel secure.

That’s because Democrats are still exploring ways to remove him from the bench.

And Brett Kavanaugh is facing a career killing disaster that will make your blood boil.

Democrats are hellbent on destroying him.

And now Brett Kavanaugh could get kicked off the Supreme Court because of this one mistake.

Chief Justice Roberts referred these nuisance complaints to the Tenth Circuit Court of Appeals – the court which Kavanaugh had sat on before being confirmed.

The Tenth Circuit Court of Appeals swiftly dismissed every complaint without comment.

But liberals refused to accept defeat.

New York attorney Jeremy Bates believed the court made a crucial mistake which opened up the door to punishing Kavanaugh.

Bates’ petition hinged on the fact that the Tenth Circuit Court of Appeals dismissed his complaints because the Senate confirmed Kavanaugh to the court and the Judicial Conduct and Disability Act did not apply to Supreme Court Justices.

However, Bates insisted that since his complaint was filed five days before Kavanaugh was confirmed to the Supreme Court, he was therefore still a member of the Tenth Circuit and subject to the Judicial Conduct and Disability Act’s disciplinary sanctions.

Bates argued that, “Federal courts depart from the time-of-filing rule if jurisdictional facts are not subject to post-filing manipulation. Yet manipulation is exactly what happened here: the promotion of a subject judge was rushed through the Senate. That very political process ought not determine federal subject-matter jurisdiction. For if the rule were that such a promotion sufficed to divest courts of jurisdiction, then politically connected judges would be able to evade federal jurisdiction in ways that most American citizens cannot. Indeed, most lawyers cannot evade attorney-misconduct proceedings by resigning from state bars. Why should federal judges be able to evade discipline through promotion to the Supreme Court?”

In addition, Bates claimed that, “In most American jurisdictions, attorneys — that is, low-ranking officers of courts — may not evade misconduct proceedings by the simple expedient of resigning from the bars of which they are members.”

“The established norm in the legal profession — often a rule written and enforced by judges — is that resignation cannot defeat disciplinary enforcement,” Bates concluded.

No Supreme Court Justice in American history has been subject to such character assassination.

Even after the Senate confirmed Clarence Thomas, the left accepted that their smear campaign based on Anita Hill’s suspicious allegations had failed and called it a day.

They did not harass Justice Thomas every day of his professional life.

But that is what the left is doing to Justice Kavanaugh.

Just like with the Mueller report, the left thinks that if they can keep the story alive, then a smoking gun will magically emerge that will finally take down Brett Kavanaugh.

That is why Americans can expect to continually hear stories about appeals, perjury, and possible Congressional investigations.

But this strategy is doomed to fail.

Bates’ appeal is a long shot.

On the other hand, if he gets the right Obama judges to hear his case, anything can happen.