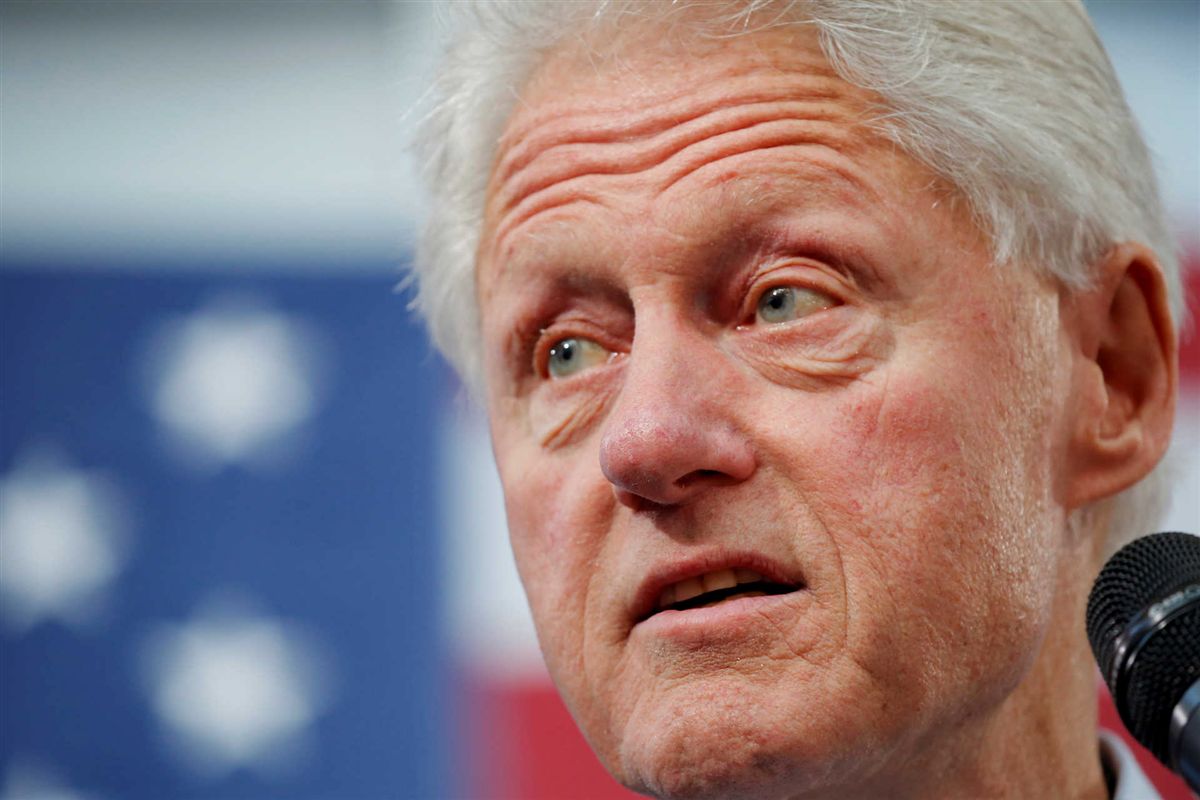 The former President was forced to fess up for his mistreatment of women.

That shocking moment finally happened when Bill Clinton went on camera and admitted the truth about one ugly sex scandal.

Liberal filmmakers produced the series to rewrite the history of Hillary Clinton’s life to erase the humiliating defeat at the hands of Donald Trump as the final word on her story.

In the documentary, former President Bill Clinton finally admitted why he engaged in an affair with Monica Lewinsky.

Clinton lying about this affair under oath and committing perjury – and not the affair itself – nearly destroyed his Presidency.

In “Hillary,” Clinton claimed he carried on an affair with Lewinsky because it helped him relieve the stress he felt from his duties as Commander-in-Chief.

“You feel like you’re staggering around, you’ve been in a 15 round prize fight that was extended to 30 rounds and here’s something that will take your mind off it for a while, that’s what happens.

“Because there, whatever life – not just me. Everybody’s life has pressures and disappointments, terrors, fears of whatever.

“Things I did to manage my anxieties for years. I’m a different, totally different person than I was, a lot of that stuff 20 years ago,” he said.

Clinton also offered up the laughable excuse for his behavior by telling the filmmakers that he didn’t intentionally set out to destroy his marriage and Presidency:

“Maybe it’s just getting older but I hope it was also going through a lot of this. But whatever, what I did was bad but it wasn’t like – how can I think about the most stupid thing I could and do it.

“It’s not a defense, it’s an explanation. I feel awful.”

Clinton also claimed that he felt sorry for the way Lewinsky’s life was defined by the affair claiming:

“I feel terrible about the fact that Monica Lewinsky’s life was defined by it, unfairly I think.

“Over the years I’ve watched her trying to get a normal life back again, but you’ve got to decide how to define normal.”

Like many guilty men, Clinton only expressed remorse because he got caught.

At the time, Clinton lied under oath to cover up his affair with Lewinsky.

It became a fake news media narrative that Clinton begged for forgiveness and the American people showed grace because they judged Clinton’s Republican tormentors as trying to prosecute the case against Clinton based on sex.

That was not true.

Clinton famously wagged his finger at television cameras and snarled that “I did not have sexual relations with that woman” when the story first broke.

After the Senate acquitted Clinton on the House’s articles of impeachment, Clinton delivered an apology in the Rose Garden.

Now 20 years later, Clinton is trying to excuse away his conduct to portray the affair as some sort of out of body experience that he had no control over.