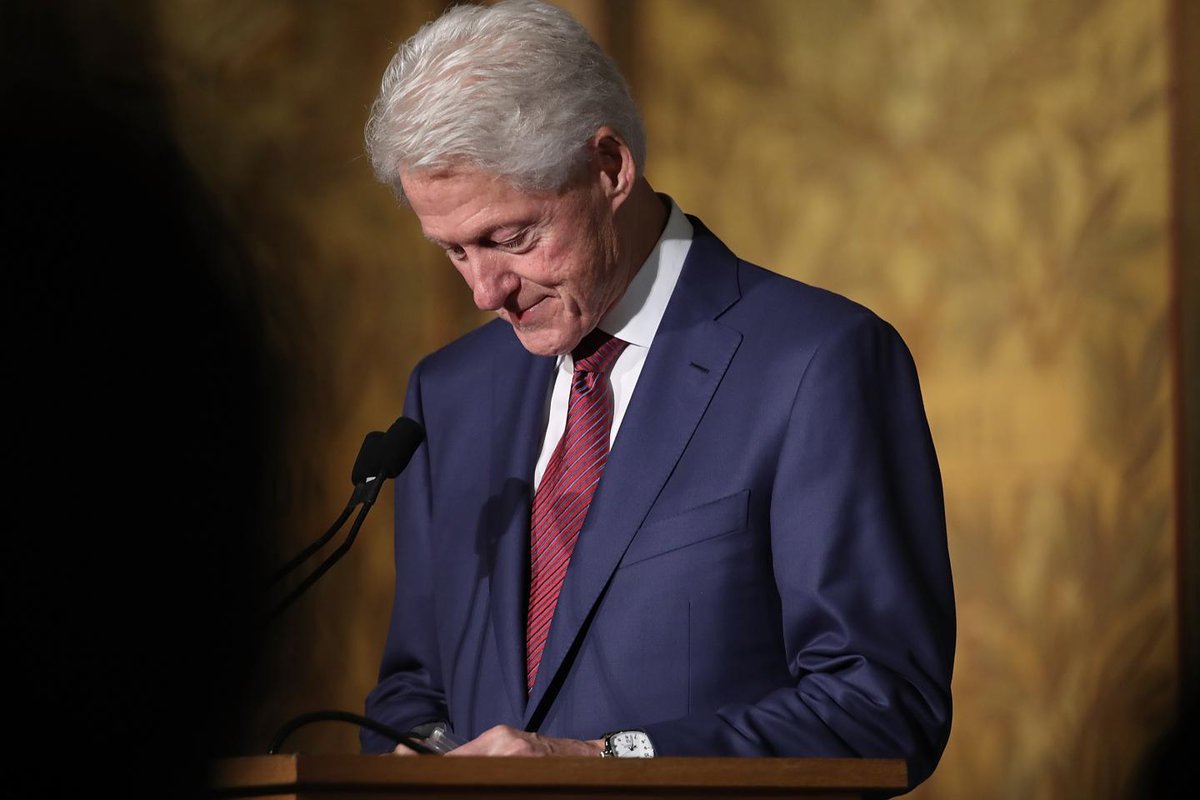 Bill Clinton tried to launch a political comeback at the Democrat National Convention.

It proved to be a disaster.

And Bill Clinton went back into hiding after Americans asked one question about a rumored affair.

During his speech, Bill Clinton attacked Donald Trump for bringing chaos to the Oval Office.

“At a time like this, the Oval Office should be a command center. Instead, it’s a storm center. There’s only chaos. Just one thing never changes—his determination to deny responsibility and shift the blame. The buck never stops there,” Clinton claimed.

Millions of Americans that remembered Bill Clinton’s presidency laughed at this comment.

Clinton’s presidency was plagued by scandal, and not the phony scandals and conspiracy theories the fake news media fabricate to harass and undermine President Trump.

Second, no one did more to bring chaos and disgrace to the Oval Office than Bill Clinton.

Bill Clinton committed perjury – and was impeached – because Clinton lied under oath to a grand jury about his affair with Monica Lewinsky.

Not only did Clinton abuse his power by carrying on an affair with a much younger woman, but Clinton and Lewinsky performed sexual acts in the Oval Office.

Around the time the House of Representatives voted to impeach Bill Clinton in December 1998, Clinton ordered air strikes in Iraq.

On both occasions, Americas were left wondering if President Clinton took America to the edge of war to distract from the chaos he dragged into the White House because of his scandals and shameful personal conduct.

“Excuse me but @BillClinton should not be lecturing anyone about chaos in the Oval Office,” former Wisconsin Governor Scott Walker tweeted along with a picture of Bill Clinton and Monica Lewinsky standing in the Oval Office.

The President’s son, Donald Trump, Jr. joined in the mocking.

“The irony of Bill Clinton talking about the sanctity of the Oval Office should not be lost on anyone!” Trump, Jr. jabbed.

The Democratic National Convention imploded into disaster on multiple fronts.

TV ratings are down dramatically as critics mock the low budget telethon format and viewers find the “virtual” proceedings boring.

The speeches rarely mention Joe Biden or Kamala Harris and instead present a downbeat picture of America as a racist, sexist, homophobic, evil cancer on the world.

And now Bill Clinton added insult to injury by actually complaining that another President was dragging chaos into the Oval Office.