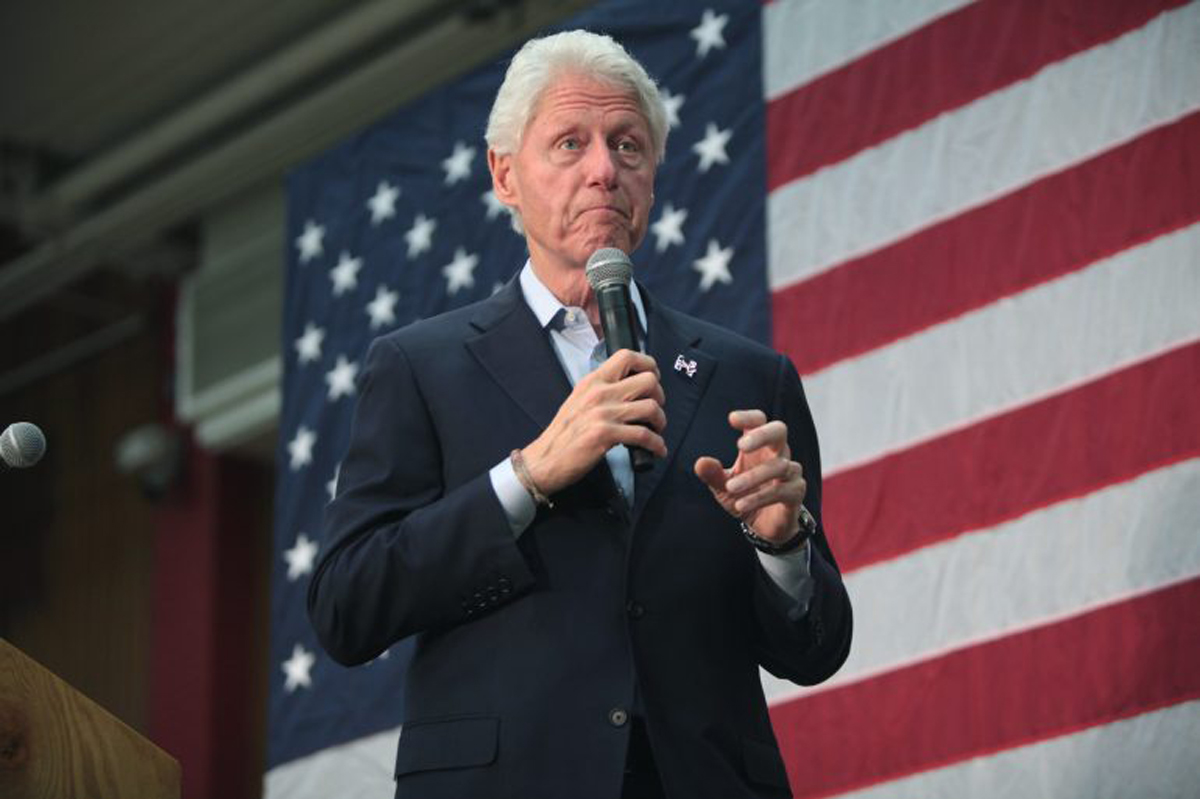 Bill Clinton’s exact relationship with Jeffrey Epstein is still a source of mystery.

But new information came to light.

And Bill Clinton wants this fact about Jeffrey Epstein to stay hidden forever.

Bill Clinton’s never given a full accounting of his relationship with deceased alleged pedophile Jeffrey Epstein.

“In 2002 and 2003, President Clinton took a total of four trips on Jeffrey Epstein’s airplane: one to Europe, one to Asia, and two to Africa, which included stops in connection with the work of the Clinton Foundation,” the statement read.

That claim is now in serious doubt.

The Daily Mail obtained White House visitor logs showing Epstein visited the White House 17 times – often at the invitation of some of Clinton’s top aides – and visited the West Wing which indicated a strong likelihood that Epstein met Clinton.

Epstein, who died in 2019, visited Bill Clinton at the Executive Mansion over the course of three years with the first invitation coming just a month after his inauguration in January 1993.

The logs show the late financier showed up on 14 separate days, even making two visits in a single day on three different occasions.

Epstein was invited by some of Clinton’s most senior advisers and aides, including one who later served as Treasury Secretary, according to records.

The documents reveal that the vast majority of Epstein’s visits stated that he was going to the West Wing, meaning there was a strong likelihood he was meeting Clinton.

Epstein’s visits to the White House began in February 1993, one month after Clinton took office and the official that invited Epstein was listed as “Rubin” – the most prominent Rubin in the administration was future Treasury Secretary Robert Rubin who headed the National Economic Council at the time.

That visit brought Epstein into the West Wing.

The Daily Mail reported that Epstein signed into the White House at 9:19 a.m. and Clinton planned to meet with Rubin that day at 1:45 p.m. leaving it an open question if Epstein had any face time with the president.

Jeffrey Epstein earned this invitation by forking over a $10,000 donation.

Epstein then visited the White House 12 times in 1994 and the visitor logs and Clinton’s schedule suggest on multiple visits the two could have been in close enough proximity to have met.

No one’s accused Clinton of any involvement in Epstein’s crimes.

But Clinton’s statement at the time of Epstein’s arrest was not fully accurate and it appears Clinton and Epstein’s relationship goes back 10 years before the statement from Clinton implied.