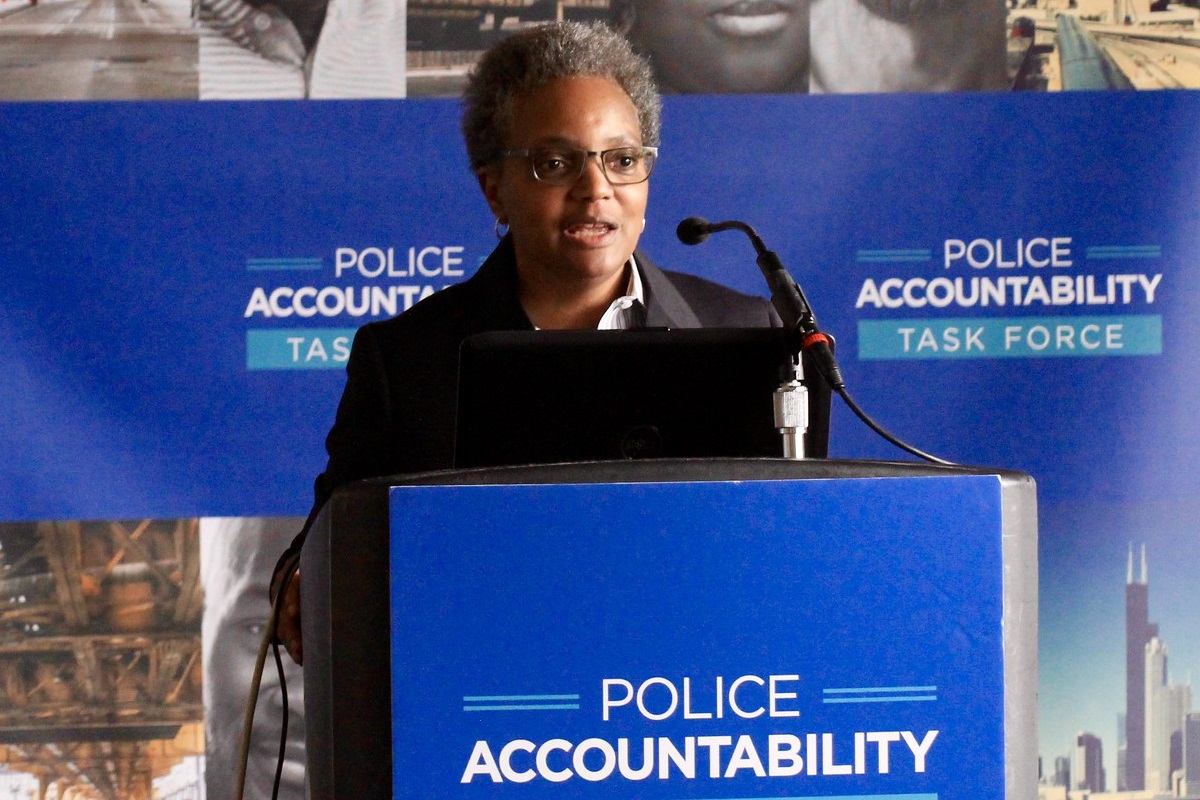 Democrats got some bad news.

Everyone just wants this story to go away.

And one big-name Democrat is going to hate the ruling this judge just made.

The civil rights movement fought to give people equal protection under the law, regardless of race.

For years America as a whole fought against racism and tried to judge people as individuals rather than by the color of their skin and it’s been enshrined in American law.

But the sad fact is that Democrats are trying to undo this good work.

They are trying to teach young children that they are defined by the color of their skin and the actions of their ancestors.

They are pushing society to believe that white people have inherent guilt because of the color of their skin.

Chicago’sDemocrat Mayor Lori Lightfoot, a public elected official, said that she would only grant interviews to journalists of color.

NBC 5 political reporter Mary Ann Ahern made the initial allegation on Twitter, writing: “As @chicagosmayor reaches her two year midway point as mayor, her spokeswoman says Lightfoot is granting 1 on 1 interviews – only to Black or Brown journalists.” Chicago PBS news anchor Paris Schultz responded: “I was told the same thing.” Chicago PBS political reporter Heather Cherone said that she could “confirm” what Ahern was alleging.

Instead of backing down, Lightfoot instead said that it was a “shame” that the media was so overwhelmingly white and claimed that she is trying to increase “diversity.”

Of course excluding members of a certain race doesn’t increase diversity in the slightest, in fact it does directly the opposite.

The radical left is racially dividing America in a sickening way.

Now a judge in Chicago has ordered Lightfoot to clarify her comments.

U.S. District Judge John Z. Lee told Lightfoot’s lawyers she has until the end of the week to explain her policy.

“Conservative watchdog Judicial Watch asked the court for an injunction against Lightfoot’s policy last week, saying it was unconstitutional, but Lightfoot’s attorneys said at a remote hearing Monday that the policy was not in effect and the request was unnecessary,” Fox News reported. “Judicial Watch filed a lawsuit against Lightfoot on behalf of the Daily Caller News Foundation last month, alleging Lightfoot violated White reporter Thomas Catenacci’s equal protection rights under the Fourteenth Amendment when she didn’t respond to multiple requests for interviews, as well as his First Amendment rights.”

Catenacci requested an interview with Lightfoot by emails on May 20, May 21, and May 24, wanting to talk on the ongoing coronavirus issues. The lawsuit alleges Lightfoot “purposefully discriminated” against Catenacci due to his race.