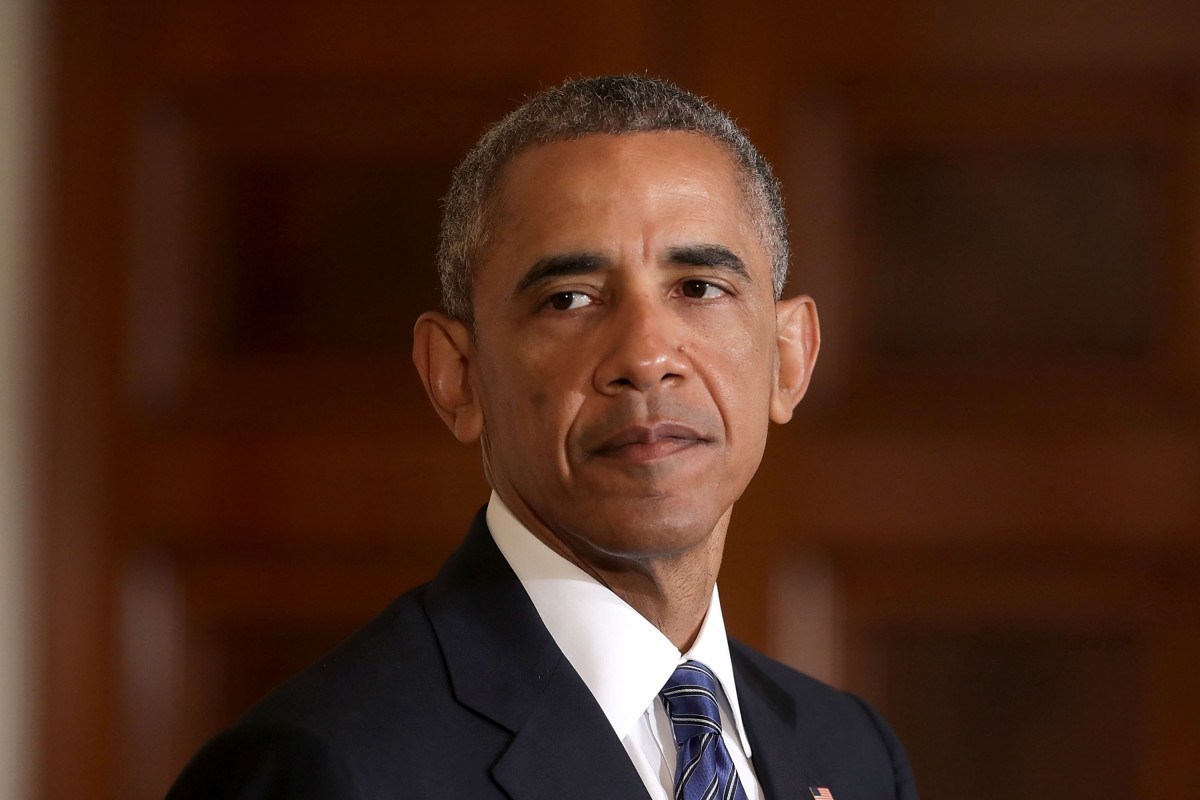 Barack Obama runs around claiming his administration was “scandal free.”

That is a huge lie.

And now this giant scandal is about to ruin Barack Obama’s life for good.

In the final year of Obama’s presidency, the administration threw open the floodgates to unvetted Islamist refugees from Syria.

Over a five year period, Obama rolled out the red carpet for nearly 20,000 Syrian refugees – with 10,000 coming in during his last year in office.

During the 2016 Presidential campaign, Hillary Clinton proposed upping the number of unvetted Syrian refugees allowed in America to 65,000 in her first year.

Donald Trump hammered her over this irresponsible open borders proposal en route to securing a stunning victory in the Presidential election.

The fake news media continually lambasted Trump for claiming the Obama administration had no idea who they were letting in and that unvetted Islamist refugees posed a significant security threat to the United States.

But once again, Donald Trump was proven correct and the fake news media was exposed as liars and con artists.

That’s because the FBI announced the arrest of 21-year-old Mustafa Mousab Alowemer for plotting to blow up a church and pledging allegiance to ISIS.

Alowemer was a Syrian refugee Obama waived into the country in 2016 – despite the fact that Alowemer was arrested three times in Jordan for supporting ISIS.

Last year, Donald Trump reduced the number of Syrian refugees admitted into America to only 18.

That was the direct result of President Trump’s executive order to halt the Syrian refugee program until extreme vetting could be put into place.

The President also halted issuing travel visas from seven other countries with strong ties to terrorism.

They falsely claimed it was racist and “anti-Muslim.”

But Alowemer’s arrest proves it was necessary.

Obama let illegal aliens and refugees into the country willy-nilly without any regard for who they were.

This pattern continually plays out with immigration-related issues.

The fake news media tells these lies because they are fully invested in advancing the Democrat Party’s policy agenda.

So they lie, cheat, and deceive on issues related to immigration because the Democrats depend on open borders to import new voters.

But throwing the border open to any illegal alien or refugee who wants to come in is dangerous.

It’s a betrayal of American sovereignty and security.

Barack Obama’s Syrian refugee program letting in a serial ISIS supporter is proof positive that Donald Trump was correct to slam the breaks on this madness.

Great American Daily will continue to keep you updated on the attempts of the Washington swamp to impose open borders on America.