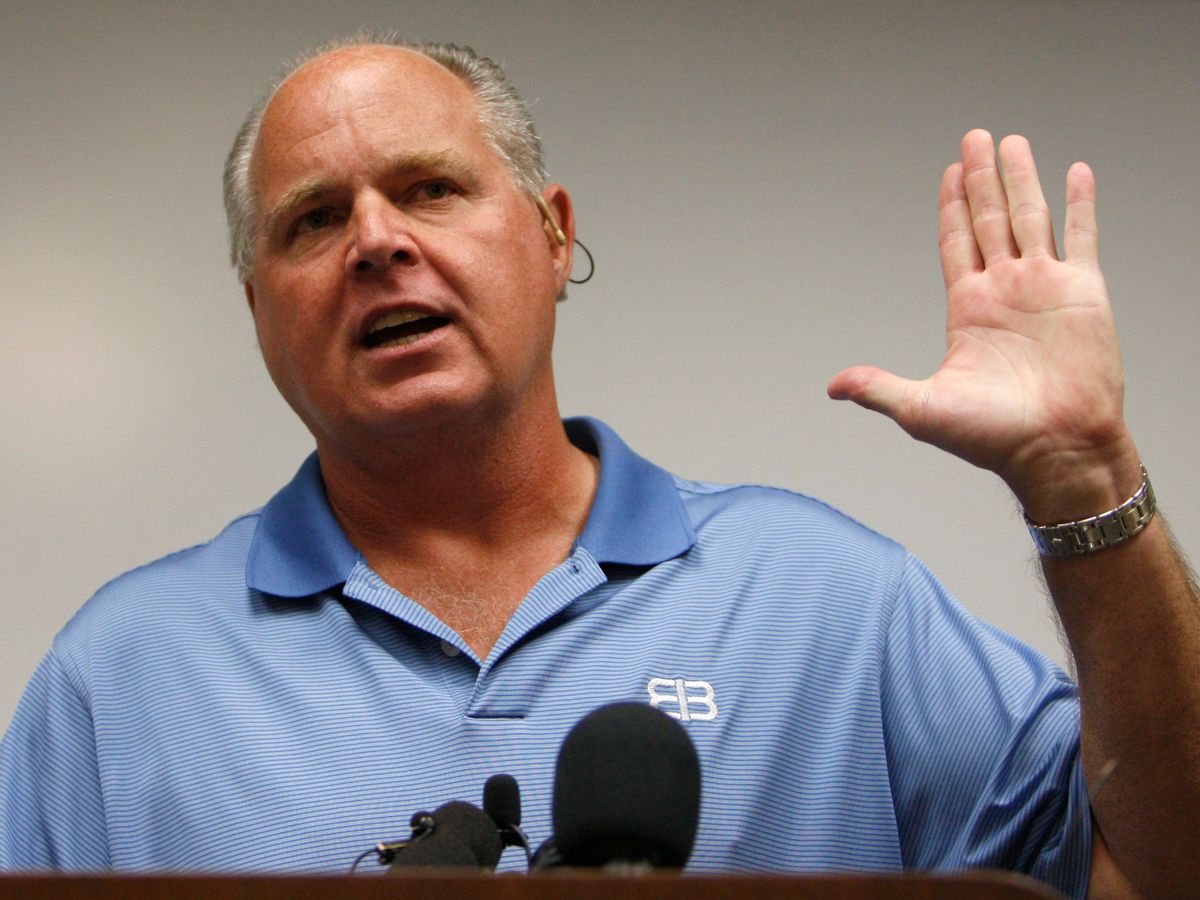 Rush Limbaugh has some bad news for former President Obama.

Limbaugh went into great detail about the criminal behavior of the Obama administration during the 2016 election.

Now Barack Obama just got smacked with this one big warning about William.

On a recent airing of the Rush Limbaugh Show, Limbaugh spent an entire segment going after former Director of National Intelligence James Clapper.

To begin the segment he describes Clapper as “one of the conspirators in the Crossfire Hurricane operation.”

That on its own is something that Clapper is terrified of.

Crossfire Hurricane is the name the FBI gave the operation in late 2016 when they first began investigating so-called Russia collusion from the Trump campaign.

This is a major part of what U.S. Attorney John Durham is looking at when he is investigating the origins of the Russia hoax at the directive of Attorney General William Barr.

And Clapper has good reason to worry.

Already, there are reports that employees within the CIA are retaining personal legal counsel due to Durham’s probe, which was recently elevated to a criminal investigation.

Considering how closely Clapper worked with the CIA, he is almost certainly going to be tied into this investigation, potentially in the form of criminal charges.

But that wasn’t what Limbaugh was focusing on in his recent segment.

Instead, he played a clip from CNN where Clapper went after Trump in the aftermath of the raid that killed ISIS leader Abu Bakr al-Baghdadi.

After being asked if Trump revealed too much in his announcement of the brutal terrorist’s death, Clapper naturally chose to attack Trump.

Describing himself as somebody who has “spent his life doing intelligence work,” he said that it made him “cringe” to hear Trump reveal “a lot of these little details.”

He goes on to say that those details on their own may not be damaging, but the totality of them are, and that “you can be sure our adversaries go to school on all that.”

Limbaugh had a firm response to Clapper on this statement.

“Give me a break,” Limbaugh yelled. “We’ve just taken out their leader, spiritual and actual. ‘You can be sure our adversaries are gonna go to school.’ Adversaries went to school on you and Obama!”

Limbaugh is clearly pointing out the difference in foreign policy between Trump and Obama.

Trump is somebody who wants to get the job done and get out.

Obama wanted to appease everybody and was unwilling to take direct action when necessary.

That is what allowed ISIS to grow in the first place.

But under Trump, ISIS is on the brink of complete annihilation, with the death of al-Baghdadi being further proof of that.

When Trump announced his death, he went into detail in order to show just how cowardly al-Baghdadi was.

He blew himself up in a cave, with three children around him who were killed as well.

Those details are very relevant to show just how evil and cowardly he was in life, and especially in his last moments.

Do you think Trump’s announcement of al-Baghdadi’s death was appropriate?