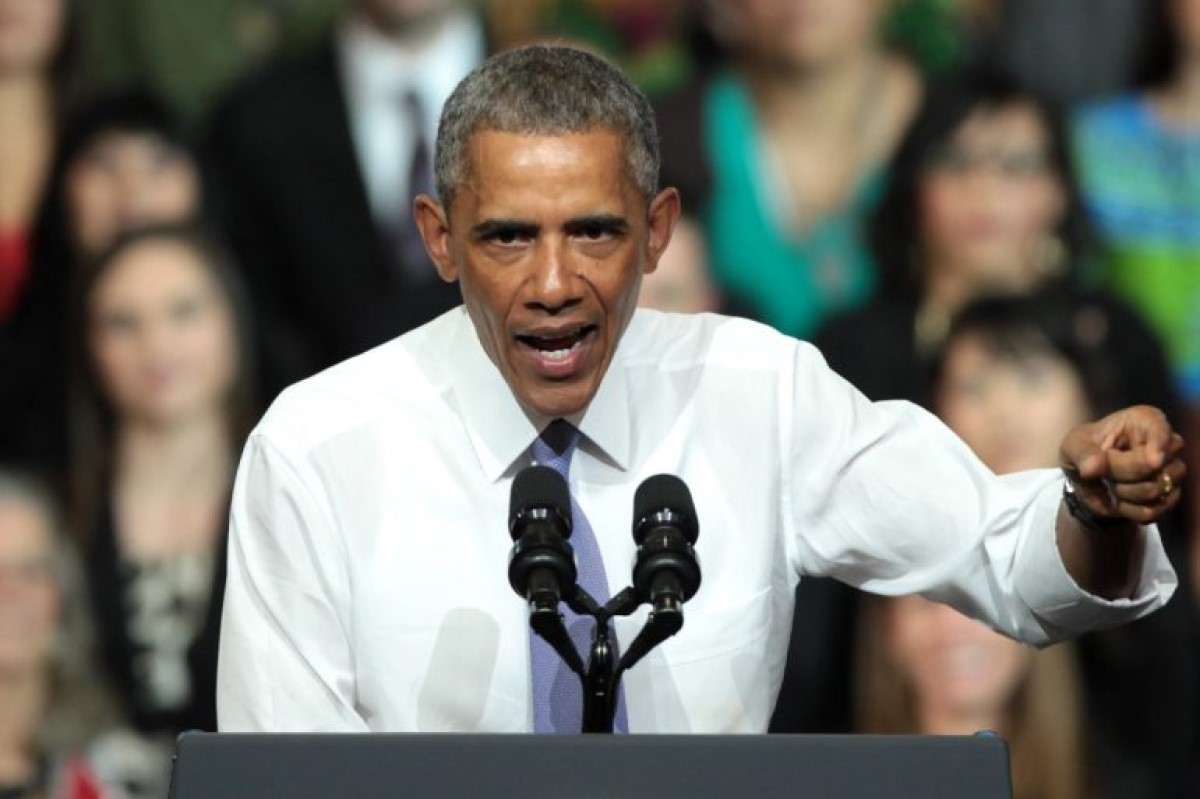 Democrats thought they could run out the clock on this scandal.

But they were wrong.

Now, Barack Obama has revealed a truth that Democrats wanted to keep hidden.

At a meeting in Copenhagen Obama told an audience of globalist elites that there was no point in trying to reason with Republicans because they were a bunch of racist, sexist bigots that Democrats needed to steamroll.

“Sometimes, it just turns out they’re mean, they’re racist, they’re sexist, they’re angry. And your job is then to just beat them because they’re not persuadable,” Obama stated before continuing, “Sometimes, we get filled up in our own self-righteousness. We’re so convinced that we’re right that we forget what we are right about.”

Obama’s attack on Republicans as prejudiced menaces reminded many of Obama’s disastrous 2008 gaffe that Americans who opposed his brand of secular, cosmopolitan liberalism were backwards hicks that believed in superstition and irrationally owned firearms.

“You go into some of these small towns in Pennsylvania, and like a lot of small towns in the Midwest, the jobs have been gone now for 25 years and nothing’s replaced them… And it’s not surprising then they get bitter, they cling to guns or religion or antipathy to people who aren’t like them or anti-immigrant sentiment or anti-trade sentiment as a way to explain their frustrations.” Obama said at a fundraiser during the 2008 campaign.

The “bitter clinger” gaffe did not cost Obama in the 2008 election.

It was impossible for Obama to lose to a RINO like John McCain in an election where Wall Street melted down and the Iraq War debacle reached historic levels of unpopularity.

But Barack Obama’s pure hatred for rural Americans accelerated a realignment in American politics that culminated with the election of Donald Trump in 2016.

College-educated suburban voters – who thumb their noses at Americans that regularly attend church or believe in the Second Amendment – sorted into the Democrat Party column while working-class white voters and non-college-educated Hispanic men shifted towards the Republican Party.

But this trade worked out poorly for Democrats as Trump won the 2016 election despite losing the popular vote because the voters Democrats attracted tended to cluster in big cities on the coast whereas the new Trump voters were distributed in states that maximized electoral utility.

But thanks to the left’s cultural condescension toward working-class Americans of faith Donald Trump won Iowa and Ohio in routs and carried Florida by the largest margin in a generation.

Obama attacked Republicans as sexist and racists to pump up the Democrats’ midterm message that Republicans represent the forces of evil and a threat to democracy.

It’s an admission that Democrats cannot put forth a positive message on key issues like the economy, inflation, the border, and crime.

And it could cost Democrats dearly.