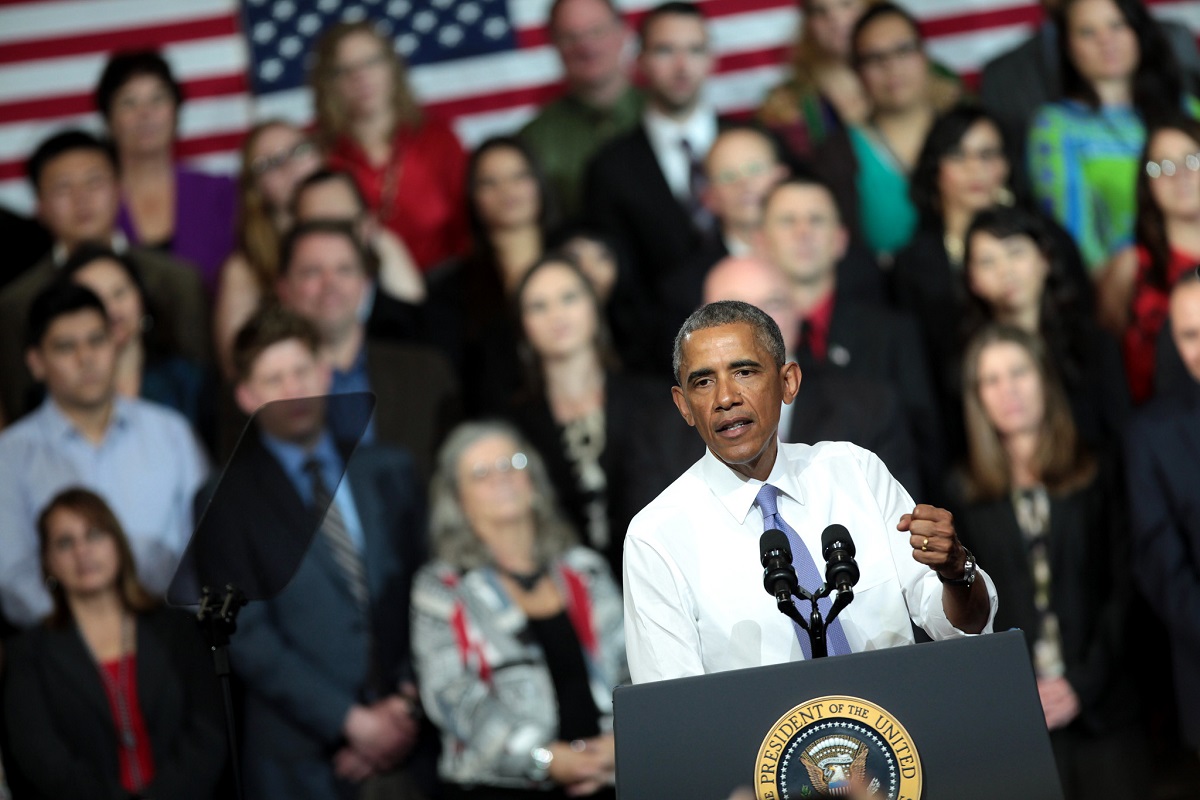 Barack Obama has always thought that he was smarter than everyone else.

That gets him in trouble.

And Barack Obama said one thing about Trump supporters that instantly blew up in his face.

In liberal journalist Edward-Isaac Dovere’s juicy new book “Battle for the Soul: Inside the Democrats’ Campaign to Defeat Trump,” Dovere peels back the curtain on many never-before-reported anecdotes about former President Barack Obama.

The portrait is hardly flattering.

Dovere writes that the remark came after the Obama Foundation’s 2017 holiday party in Chicago, when his staff asked how it felt “to be made out as an anticapitalist by the Republicans,” despite the fact that he had previously worked with big banks and corporate leaders.

“Obama gave a long, reasoned answer,” Dovere writes in the book, as reported by Business Insider. “As for the Tea Party, Obama said, well, they were ‘racist motherf—ers.'”

The Tea Party movement largely sprang to life in the spring of 2009 after CNBC commentator Rick Santelli unleashed one of the first “viral” rants in American politics criticizing an Obama proposal to bailout mortgages suggesting that July 4 was another Tea Party.

But the movement did not turn into a political force until Obama took office and immediately proposed a nearly one-trillion-dollar “stimulus” bill that critics derided as the “porkulus package.”

The Tea Party movement kicked into high gear as the spring turned to summer in 2009 and lawmakers began traveling home to hold town hall meetings where angry constituents expressed their opposition to the Obamacare scheme.

One of the defining characteristics of Obama’s eight years in office was the fact that Obama could never accept any opposition to his policies or programs as legitimate.

Obama whined that Americans weren’t smart enough, brainwashed by Fox News and Rush Limbaugh or just too racist to support him.

Critics contend that Obama often came across like he was Moses descending with the Ten Commandments instead of an ideologically ambitious politician trying to yank the country far to the left.

Barack Obama campaigned for president as a post-partisan president that could bridge America’s racial divide.

Obama failed and polls showed Americans thought race relations were worse when Obama left office than when he entered.

But that was not because America was chock-full of racist Tea Party supporters out to bring Obama down.

Obama fell short because the critics contend the real Barack Obama was the one behind closed doors that never had any respect for Americans that disagreed with him in the first place.