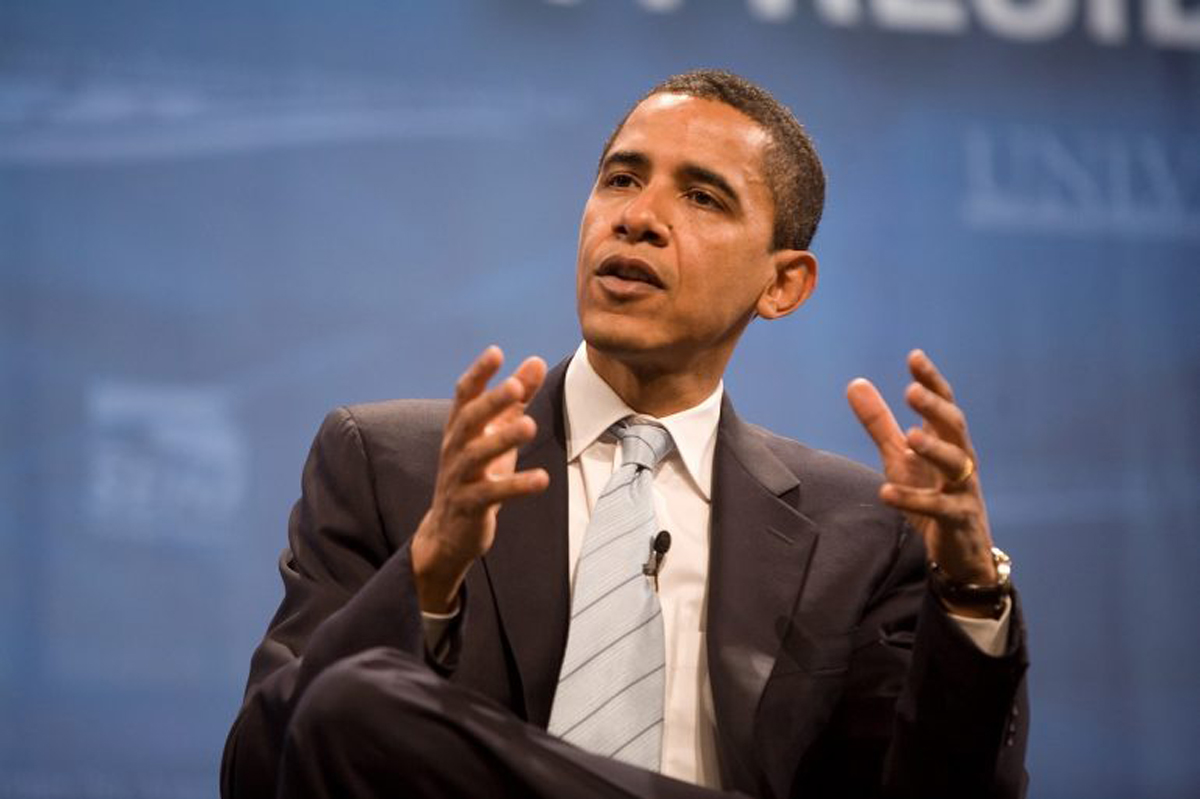 Hillary Clinton Has Some Bad News For This High-Level Democrat

And Obama is still participating in high-level cover-ups.

Now, Barack Obama revealed the one piece of top-secret information he cannot discuss with anyone.

Last month the Department of Defense confirmed leaked photos of UFOs are real and were taken by Navy personnel.

The images and video show a triangle-shaped unidentified aerial phenomena moving about the sky.

“The photographs and videos – what the Mystery Wire article refers to as ‘Sphere,’ ‘Acorn,’ and ‘Metallic Blimp,’ and the videos in the Extraordinary Beliefs article — were taken by Navy personnel,” said Pentagon spokesperson Sue Gough.

But the Pentagon did not give out further details.

Former President Barack Obama gave out an interesting detail on what the government knows.

“When it comes to aliens, there are some things I just can’t tell you on air,” Obama told James Corden during a recent episode of “The Late Late Show,” according to the New York Post.

Obama claimed that when he was elected as president, he wanted to learn whether the U.S. has secret labs.

“Look, the truth is that when I came into office, I asked. I was like, ‘All right, is there the lab somewhere where we’re keeping the alien specimens and spaceships?’ They did a little bit of research, and the answer was ‘No.’

“But what is true — and I’m actually being serious here — is that there’s footage and records of objects in the skies that we don’t know exactly what they are,” Obama further added, according to the same report.

“We can’t explain how they moved, their trajectory … they did not have an easily explainable pattern,” he said of growing reports, some of which have been recorded by the Navy.

“So I think that people still take seriously trying to investigate and figure out what that is. But I have nothing to report to you today,” he said, without going into details on what his conclusions on the subject are.

It’s important to thoroughly investigate the phenomenon to figure out what’s behind it.

“Anything that enters an airspace that’s not supposed to be there is a threat,” Sen. Marco Rubio said on “60 Minutes.”

“Some of my colleagues are very interested in this topic, and some kind of, you know, giggle when you bring it up,” Rubio said. “But I don’t think we can allow the stigma to keep us from having an answer to a very fundamental question.”

Hillary Clinton Has Some Bad News For This High-Level Democrat