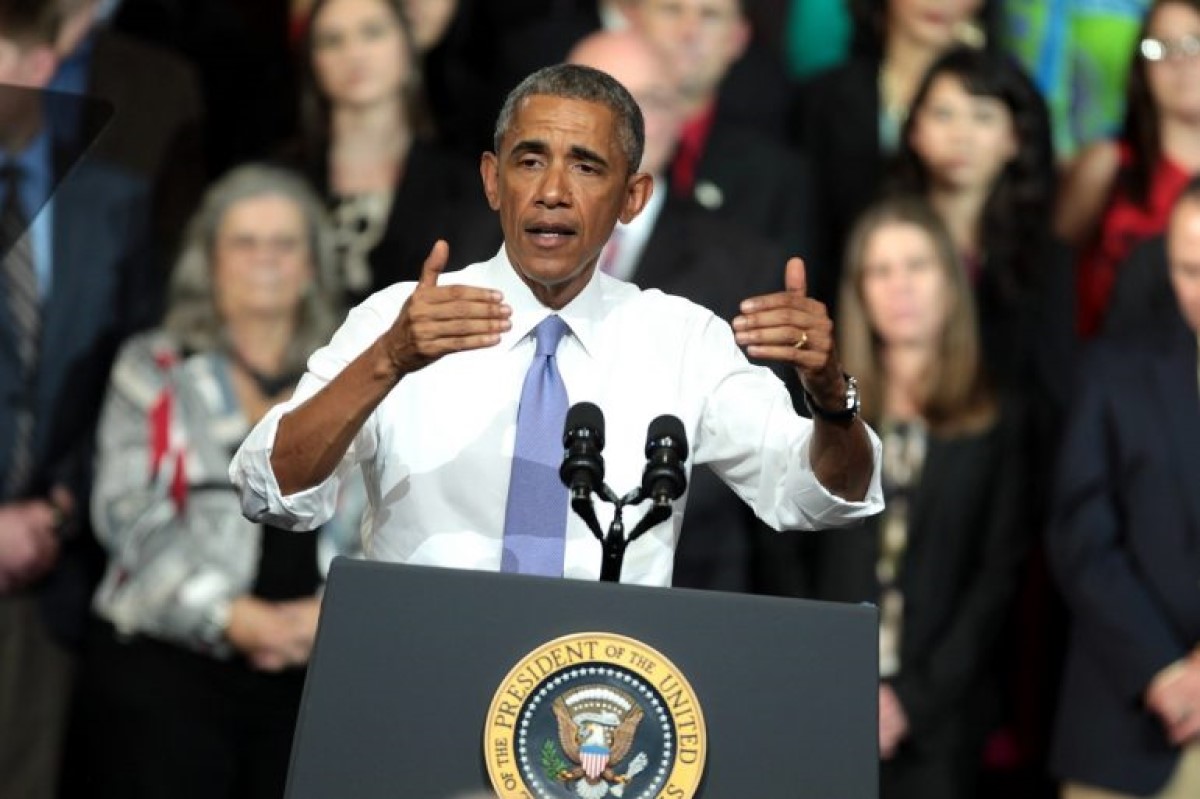 Democrats are terrified Donald Trump will win a second term in two years.

Liberals are pulling out all the stops.

And Barack Obama let the cat out of the bag on a plan for 2024 that will have Trump red with rage.

Barack Obama appeared at an event on so-called “misinformation” hosted by the University of Chicago.

Obama called for more regulations of online speech ahead of the 2024 presidential election.

“I do think that there is a demand for crazy on the internet that we have to grapple with,” Obama began.

Obama claimed there was “a systematic effort to either promote false information, to suppress true information, for the purpose of political gain, financial gain, enhancing power, suppressing others, targeting those you don’t like.”

But what Obama left out is that the “systematic effort” to promote misinformation process for political and financial gain occurs in the left-wing corporate media.

Obama claimed there needed to be greater government regulation of online speech because 40 percent of the public believes the 2020 election was rigged and refuses to take the vaccine.

“In our society, you have currently roughly 40 percent of the country that appears convinced that the current president was elected fraudulently and that the election was rigged,” Obama began.

“You have 30 percent to 40, 35 percent of the country that has chosen not to avail itself of a medical miracle. The development of a vaccine faster than anything we’ve ever seen before, which by the way now has been clinically tested by about a billion people and yet, are still refusing to take it despite extraordinary risks to themselves and their families.” Obama added.

The institutional left was determined to never allow anything like the 2016 election to ever happen again.

The lesson the left learned from 2016 was that whoever controls the flow of information to the public controls the outcome of the election.

The apex of Big Tech and the left conspiring to suppress negative information was the decision by Facebook and Twitter to censor the New York Post’s Hunter Biden story about the “laptop from hell” containing evidence of corruption and pay-for-play schemes.

The corporate media then told the Big Lie that the laptop was the product of Russian disinformation.

This censorship campaign put Joe Biden in the White House as a poll commissioned by the Media Research Center found one in six Biden voters would not have voted for Biden had they known about the scandals surrounding Biden and his family.

Joe Biden’s failed on every front.

Democrats like Obama know their best chance for victory in 2024 is to carefully curate and manage the political conversation to hide negative stories about Democrats from the public.

The 2024 election may be the most heavily censored election in history.

And that is how the left thinks they can maintain power.