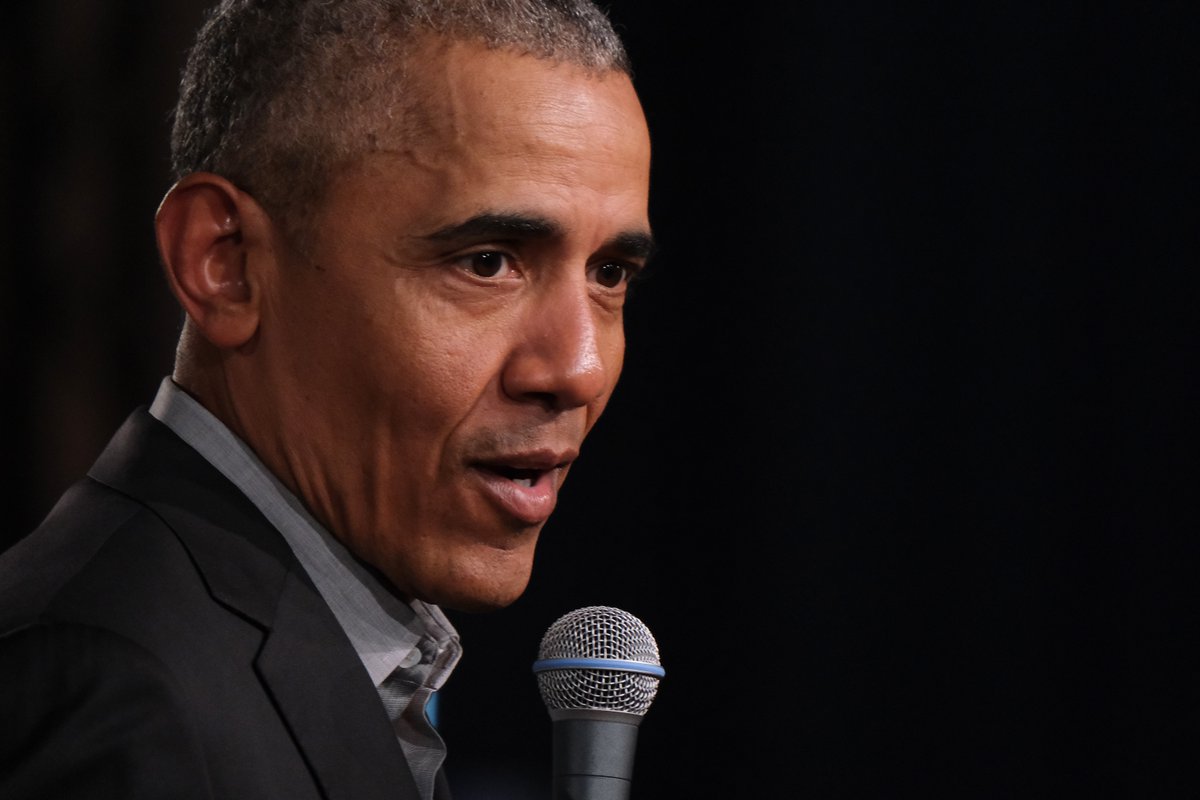 Barack Obama is worried this guilty plea will uncover his most terrible crime.

The Democrats are still promoting the lie that the Trump campaign was conspiring with the Russians during the 2016 election.

The Mueller investigation didn’t find any information that would justify the fact that the FBI wiretapped members of the Trump campaign.

In the case of Michael Flynn, the FBI then used the information that they learned from listening to his private conversations to try and set up a perjury trap to get Flynn fired or even thrown into prison.

There’s no justification for the way the FBI behaved during the 2016 campaign.

Kevin Clinesmith, a former FBI attorney didn’t try to make an argument for his innocence and instead is pleading guilty to making false statements on documents used to obtain a surveillance warrant against Carter Page, who formerly worked as an aide to Trump.

This is the first legal action to arise from John Durham, who was tasked by Attorney General William Barr to look into the origins of the investigations against Trump.

“A Justice Department inspector general’s report said that an FBI attorney identified as Clinesmith altered an email in June 2017 to downplay Carter Page’s relationship with the CIA.” The Daily Caller reported.

Page had worked as an “operational contact” for the CIA for years, between 2008-2013 and was given a positive assessment,” but Clinesmith changed an email to say that Page was “not a source” for the spy agency before forwarding the message.

It has already been revealed that the FBI made many false statements in its application to the FISA court to wiretap Page.

Clinesmith talked to his coworkers at the FBI about his anti-Trump sentiments and wrote text messages to his colleagues expressing his views.

“I am numb,” Clinesmith wrote the day after Trump was elected.

He also said that he was going to resist the Trump administration from the inside.

“Is it making you rethink your commitment to the Trump administration?” one FBI lawyer asked him on Nov. 22, 2016.

He claimed that his “personal political feelings or beliefs … in no way impacted” his work on the Clinton or Russia investigations against Trump.

It seems that his work on the Russia probe was not up to basic legal standards since his lawyer reported that he is entering a guilty plea.

“The fact is they spied on my campaign and they got caught,” Trump told reporters on Friday.

The Democrats are terrified at the additional information Durham will be released before the election.

Trump Hit Pelosi With An Embarrassing Defeat With Just One Sentence