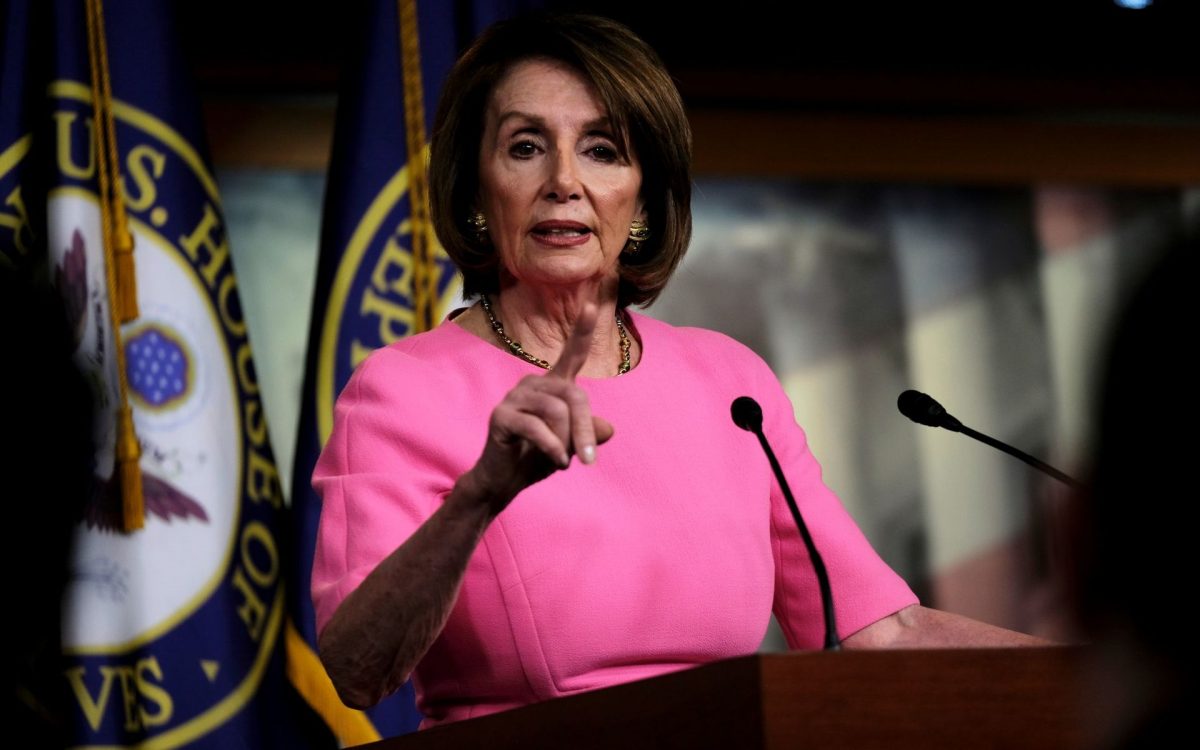 As the Chinese Coronavirus sweeps across the country Americans are taking a look at past mistakes.

One stands out as a giant failure that hamstrung the government’s ability to respond to the crisis.

And this giant Barack Obama failure just came back to bite Nancy Pelosi.

The federal government has taken on an unsustainable amount of debt.

Obama nearly doubled the national debt from 10 trillion dollars up to 19 trillion while he was President.

Much of the money Obama spent was theoretically used to stimulate the economy, but research has shown that time was mainly what healed the recession that officially started in December 2007.

The money that Obama spent was wasted on Democrats’ vanity projects.

Some of the most wasteful uses of taxpayers’ money under Obama include:

Swedish massages for rabbits which cost the taxpayers $387,000.

Obama funded a climate change alarmist video game that had a price tag of $5.2 million.

Five million dollars was spent dressing up children in fruit and vegetable costumes to make them like vegetables more.

The list of insanity could go on and on.

All of these projects helped push up America’s debt.

There needs to be a move towards more responsible spending in the federal government.

It’s a defense issue that China is holding onto trillions of dollars of American debt that they could flood the market with and devalue the dollar.

Simple common sense measures must be used to make sure that taxpayer dollars aren’t wasted.

One big way that government money is wasted is on the upkeep of unused buildings.

Two Republican congressmen have a plan for unused government buildings that would save taxpayers billions of dollars.

On Monday, Reps. Greg Murphy and Ted Budd introduced the “Eliminate Agency Excess Space Act.” The two North Carolina Republicans’ bill would ease restrictions and eliminate red tape, making it much easier for federal agencies to sell off unused buildings and properties. Right now, there’s an extremely cumbersome process that makes it almost impossible to do so.

This is a real problem.

Right now, 3,120 federal government buildings sit vacant, while almost 8,000 are partially empty or underutilized. According to Citizens Against Government Waste, selling off these unused properties would save $15 billion over five years. Under the bill, this money is deposited in the U.S. Treasury and used to pay down the federal debt.

That’s $106 in debt relief for every U.S. taxpayer. It’s just a start, sure, but reining in government waste and paying down the more than $23 trillion national debt will require thousands of small reforms such as this.

If the Democrats get into power again they’re going to find that they can’t get the revenue they need for their programs from taxing the 1%.

Their plan is to add to the federal debt but America needs to think of ways to pay it down otherwise it will grow into a huge problem.