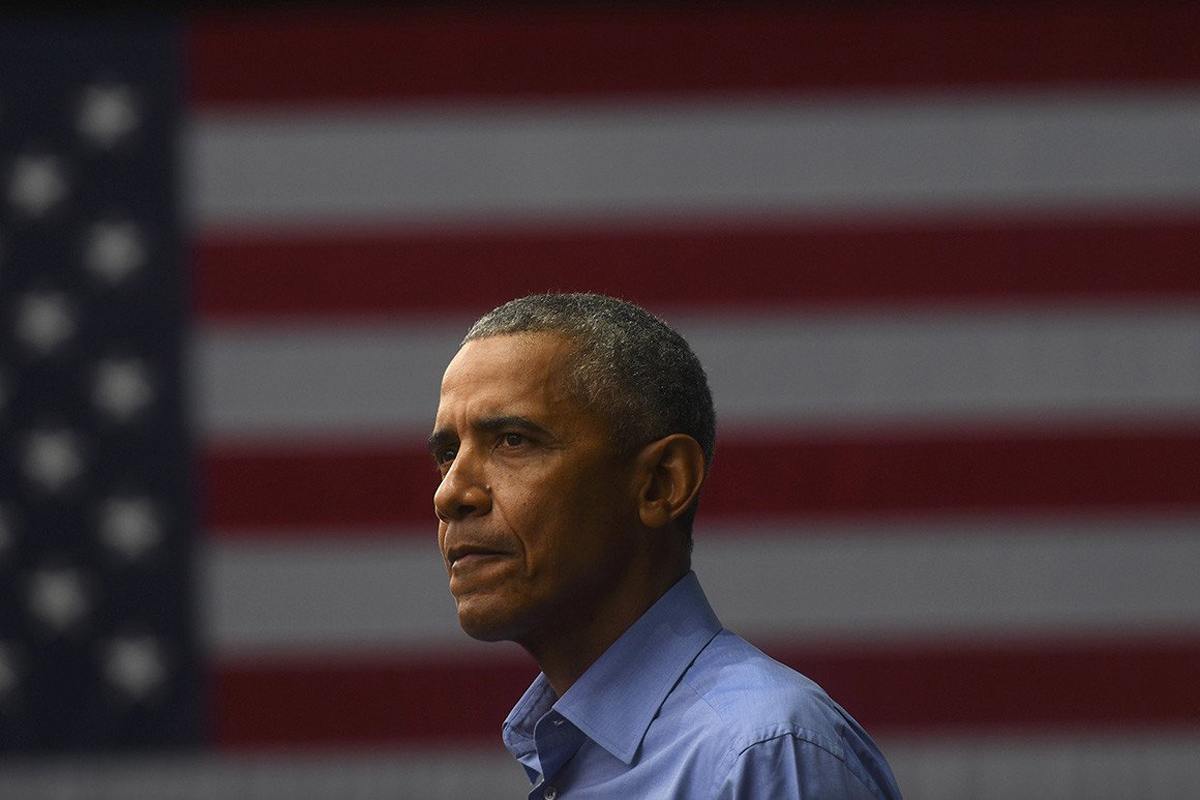 Barack Obama is on the hot seat.

The former President’s conduct involving the Ukraine and Russia are back n the spotlight.

Now Barack Obama is a nervous wreck over this crime from his past destroying the Democrat Party.

The fake news media continues their anti-American quest to nullify the results of the 2016 election by manufacturing another hoax scandal between Donald Trump and a foreign government.

This involves a Deep State saboteur filing a complaint with the intelligence community watchdog over Donald Trump’s conversations with the Ukrainian President about cracking down on corruption.

President Trump told the Ukrainian President that he could start weeding out corruption in his country by investigating Joe and Hunter Biden’s underhanded dealings in Ukraine.

This was enough for Democrats to take their first serious steps toward impeachment who falsely claimed the President pressured a foreign leader to meddle in the 2020 Presidential Election.

But former Bush administration press secretary Ari Fleischer pointed out how hypocritical the fake news media was by picking and choosing which Presidents they take to task for requesting foreign leaders’ help during election season.

As evidence, Fleischer brought up the famous “hot mic” episode from the 2012 campaign.

That incident involved Barack Obama caught on a hot mic telling Russian President Dmitry Medvedev to tell Vladimir Putin to give him space on missile defense because Obama would have more flexibility after the election.

“On all these issues, but particularly missile defense, this, this can be solved, but it’s important for him to give me space,” Obama told Medvedev.

“This is my last election,” Obama interjects. “After my election, I have more flexibility.”

“Bottom line: If POTUS called on a foreign nation to investigate Biden, it was inappropriate. But so too was Obama asking Putin to help his re-election so he could have more flexibility after the election,” Fleischer wrote.

Medvedev told Obama that he understood and that he would pass the President’s message on to Putin.

Fleischer also noted two other examples of the media looking the other way when Democrats exploited their government positions to collude with foreign agents during an election.

First, Fleischer pointed out that the Obama Justice Department and the FBI worked with a foreign spy peddling disinformation from the Russians to investigate and spy on Donald Trump’s Presidential campaign.

Finally, Fleischer called out the media for ignoring Hillary Clinton using information from Ukrainian officials to hound Paul Manafort out of the Trump campaign over suspicious allegations of financial impropriety.

“So too was Obama/Biden’s FBI using Russian info (Steele dossier) to go after Trump. So too was Hillary getting info from Ukraine to target Manafort,” Fleisher added. “As usual, the Beltway goes crazy when Trump does it. I can’t stand the hypocrisy.”

Of course, the media was silent on Barack Obama asking Vladimir Putin to help him win re-election.

And that double standard is why many Americans have trouble giving any credence to this latest fake “scandal” involving Donald Trump.