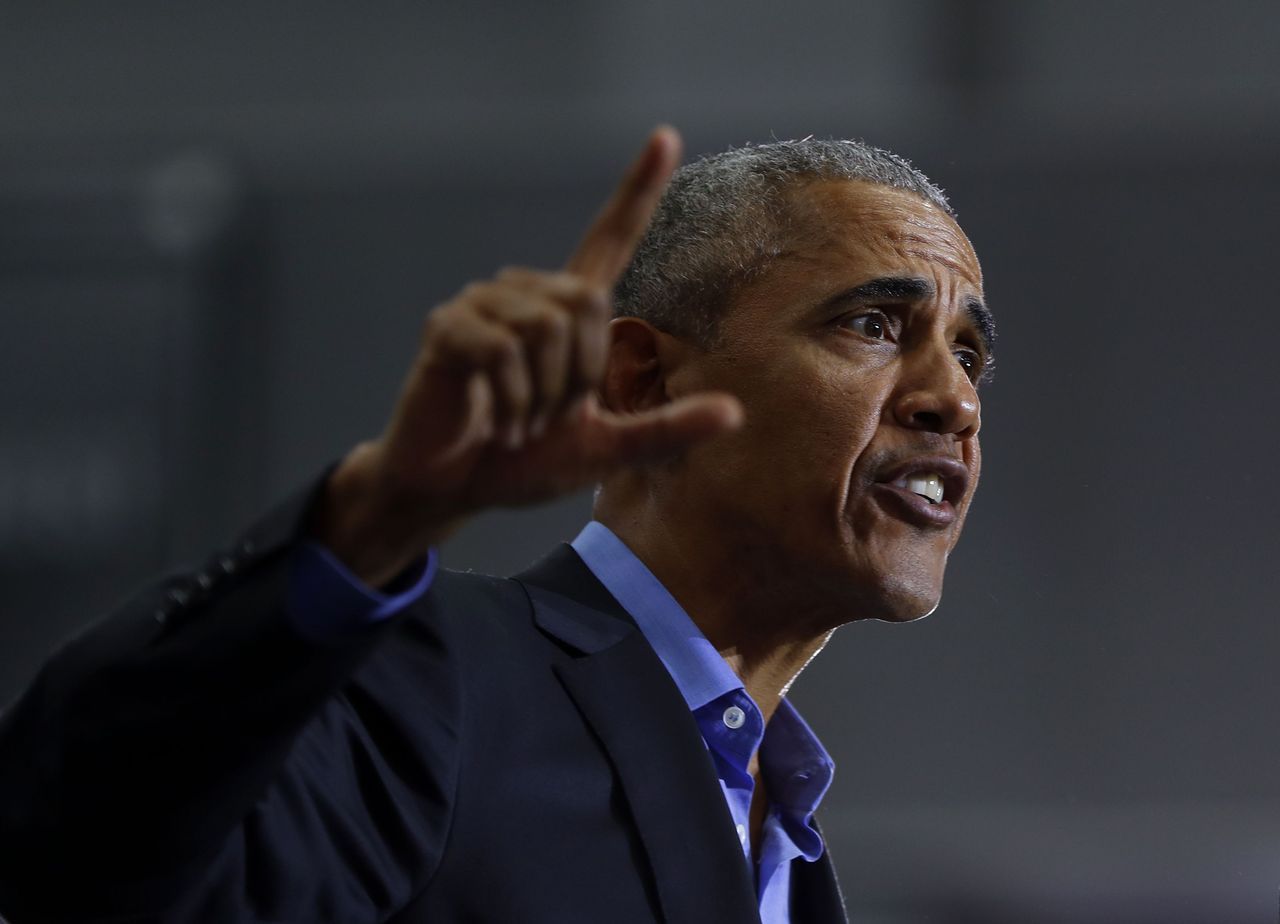 James Mattis Just Dropped a Bombshell About Running in 2020

Attorney General William Barr is on the hunt for the truth about the 2016 election.

And Barack Obama could not believe what Fox News just reported.

During an interview on “Fox News Sunday,” Senate Judiciary Committee Chairman Lindsey Graham – who is also one of the biggest RINOs in Congress – laid out the stakes for the ongoing Barr investigation.

Graham informed host Chris Wallace that Barr’s investigation represented the best chance to present a full and honest account of everything that happened during the 2016 election.

And the Senate Judiciary Committee Chairman believes the FBI and Obama administration may well have committed serious crimes.

“I want all the documents around the FISA warrant application released. I want to find out exactly how the counterintelligence operation began,” Graham told Wallace.

“I think transparency is good for the American people. Not one Democrat seems to care.”

“I wish some Democrat would come forward to find out if the FISA court was defrauded by the FBI and the Department of Justice,” Graham concluded.

The FISA warrant application to spy on Carter Page may be one of the most flagrant criminal acts in the entire “Spygate” scandal.

Then-FBI Director James Comey signed off on a warrant application that violated FBI protocols and misled the FISA judge.

Comey approved the application, despite knowing that the central piece of evidence – the Christopher Steele dossier – was unverified.

FBI regulations stipulate that only verified information can be used in a FISA warrant for an American citizen.

In addition, the FBI defrauded the FISA court by lying about the dossier’s origin.

In the application to spy on Page, the FBI did not inform the judge that the dossier was opposition research bought and paid for by the Clinton campaign.

Now that Barr will be investigating the origins of the Russia probe, Barack Obama’s Deep State hacks raced to friendly media outlets to leak their concerns about Barr revealing “sources and methods.”

One story that popped up across the fake news media was the worry that Barr would supposedly reveal the highly-placed Russian source who told the CIA that Vladimir Putin personally ordered the 2016 election interference campaign.

But Graham shot these concerns down as being nothing but crocodile tears.

“We’re not compromising national security here. We’re trying to create a system to make sure this never happens again by shedding light on what happened with the FISA warrant process, the counterintelligence investigation. Did they have a lawful reason to surveil President Trump’s campaign? Did they lie to the FISA court? Every American should want to find that out,” Graham explained.

Before Donald Trump came on the scene, the media would have died for a story like “Spygate.”

Exposing the misdeeds of the CIA and the FBI was how journalism careers were made.

But now the fake news media sees it as their job to protect Barack Obama and destroy Donald Trump.

James Mattis Just Dropped a Bombshell About Running in 2020