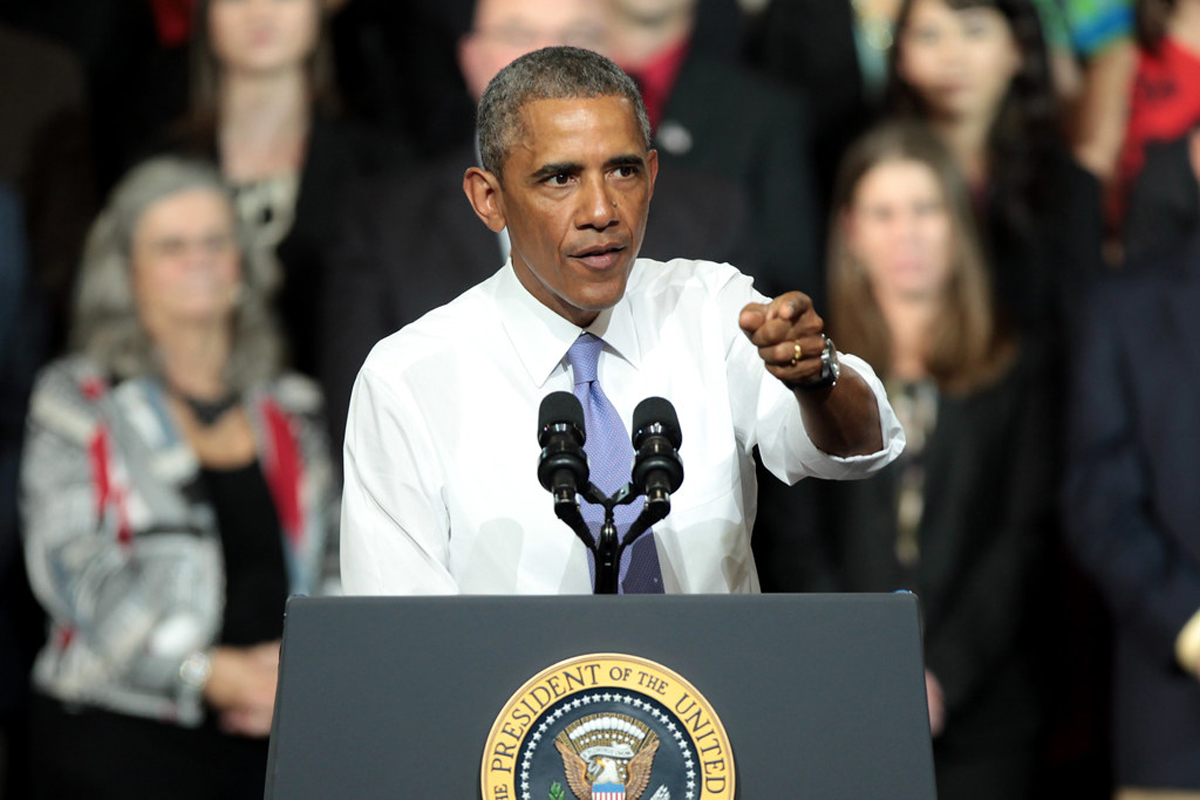 The U.S. government is coming clean about UFOs.

And what Barack Obama just admitted something about UFOs took everyone by surprise.

The Pentagon has begun to admit that the footage captured of UFOs defying the laws of physics and gravity is real.

This admission has stunning implications for American national security.

In an interview with CBS’s James Corden on his “Late Late Show” program,Obama admitted he kept the knowledge of UFOs from the public during his time in office.

Obama claimed that when he first got into office he asked about if there was really a lab where the government kept alien specimens and was told no.

“The truth is that when I came into office, I asked,” Obama told Corden.“I was like, ‘All right, is there the lab somewhere where we’re keeping the alien specimens and spaceships?’ They did a little bit of research …. and the answer was, ‘No.’”

Obama added that he had classified knowledge about the existence—or lack thereof—of extraterrestrial life, but Obama did admit that the footage of UFOs was real, and that the military had no idea where these craft came from, how they operated or what their purpose was.

“When it comes to aliens, there are some things I just can’t tell you on air,” Obama added. “What is true — and I’m actually being serious here — is that there’s footage and records of objects in the skies that we don’t know exactly what they are. We can’t explain how they moved, their trajectory—they did not have an easily explainable pattern.”

On “60 Minutes,”former director of the Advanced Aerospace Threat Identification Program Luis Elizondo described how these UFOs performed feats that were not possible with current technology.

“Imagine a technology that can do 6-to-700 g-forces, that can fly at 13,000 miles an hour, that can evade radar and that can fly through air and water and possibly space,” Elizondo said on “60 Minutes.” “And oh, by the way, has no obvious signs of propulsion, no wings, no control surfaces and yet still can defy the natural effects of Earth’s gravity. That’s precisely what we’re seeing.”

The government owes the American people answers about these UFOs as well as a plan to deal with these craft should they present a danger to the public.

No one in government still denies that these videos are real or claims that they are optical illusions or naturally occurring phenomena.

The only real questions left are where these craft are from and how the government plans to deal with this problem.