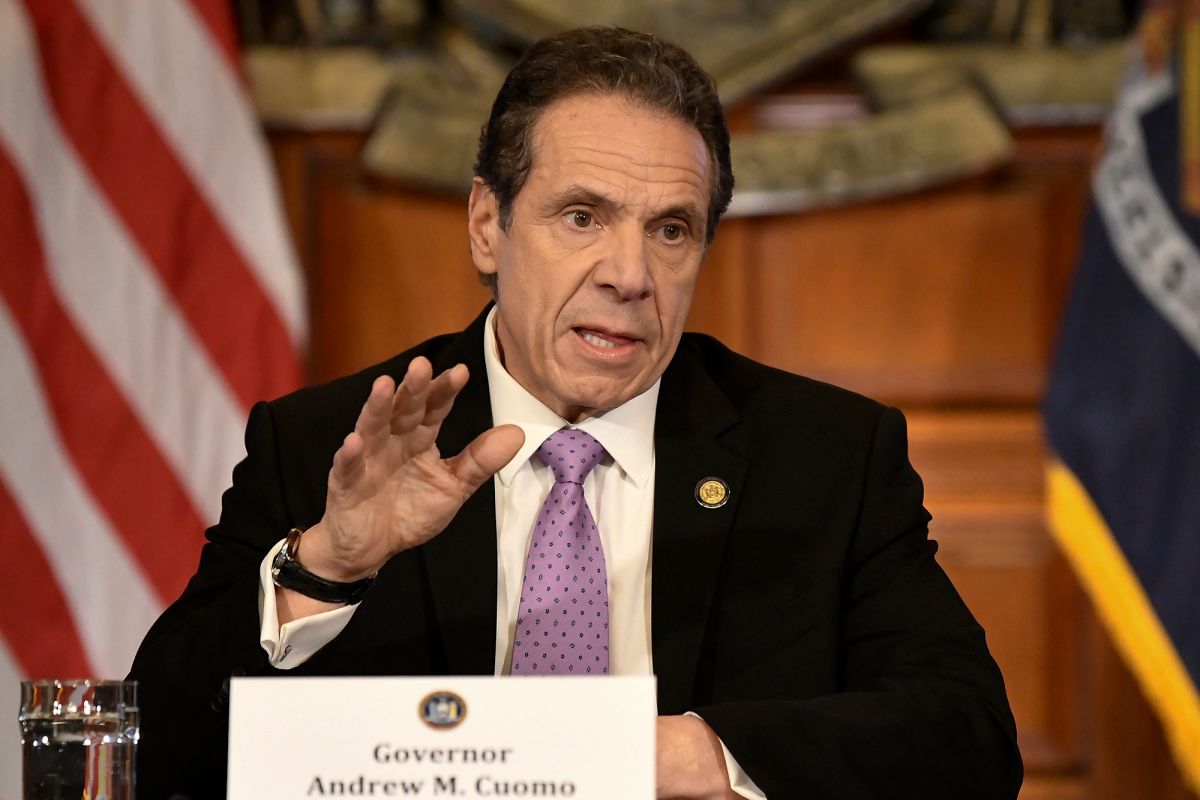 Many Democrats consider New York Governor Andrew Cuomo the face of the party due to his response to the coronavirus outbreak.

But they just got some bad news.

Andrew Cuomo let every Democrat in America down with this jaw dropping betrayal.

There’s only one reason that Andrew Cuomo is popular, it’s not because of his talents or response to coronavirus.

His response has been the same as most other governors except for the fact that his consistent bashing of Trump made his daily briefings a delight to Democrats.

The normal leadership of the Democrats has done abysmally during this time.

Nancy Pelosi has been concentrating on getting Democrats’ pet projects done instead of focusing on the crisis.

Biden has either been out of the news or in the news because of new allegations of sexual assault.

And Bernie Sanders has dropped out and become a complete nonentity.

Even the Democrats wanted something better and Andrew Cuomo was popular as long as he was voicing his Trump hatred.

Unfortunately, Andrew Cuomo didn’t understand why he was popular and actually said that Trump was taking the right course of action.

It may be understandable to agree with Trump that the WHO has been utterly useless and has been spreading Chinese propaganda, but the Democrats aren’t that reasonable.

They won’t be happy with Cuomo’s agreement with Trump.

“A question that I’ve had from day one and when you look back at this, where were the horns that should have been triggered back in December and January?” Cuomo asked at one of his press conferences. “Where were the warning signs? Who was supposed to blow the whistle? The president has asked this question, and I think he’s right.”

“The president, his answer is the World Health Organization should have been blowing the whistle,” Cuomo continued. “I don’t know enough to know if that’s right or wrong, but I know the question is right, and sometimes the question is more important than the answer. How did this happen? I mean, I still want to know how this happened because the warning signs were there, and if you don’t know the answer, then how do you know it’s not going to happen again? Right? Fool me once.”

This goes directly against the Democrats’ globalism that coronavirus is putting in danger.

The Democrats have been trying to get the communist government off the hook for their role in the outbreak of the coronavirus and are instead trying to blame Trump.

This is nonsensical because the Chinese government has clearly shown that they’re not America’s friend.

Americans shouldn’t be economically reliant on a country with such flagrant abuse of ethnic and religious minorities.

Why should America be paying for the WHO when it did nothing useful and failed at the job it was supposed to do?

International organizations and socialist-communist countries being the problem is not a solution that Democrats like; they would rather Trump be the problem.

The Democrats are going to get tired of Cuomo fast if he keeps pointing out real problems and doesn’t go back to his routine of insulting Trump.