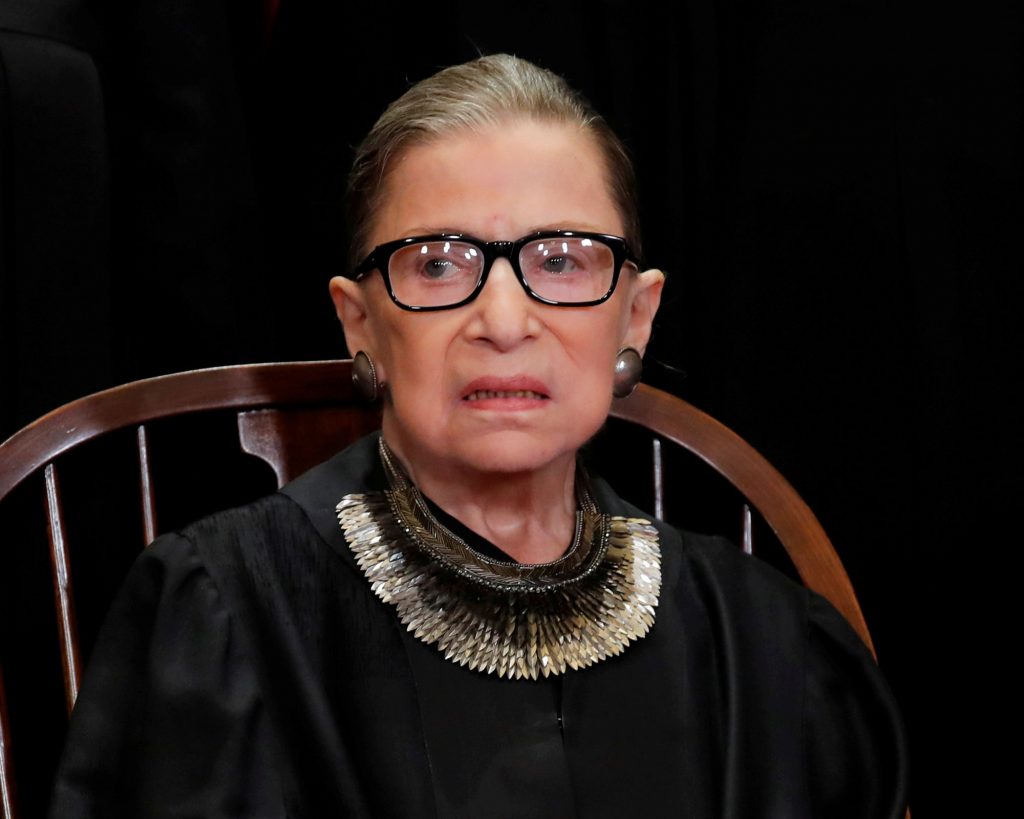 With the 2020 election under 100 days away Democrats got some more bad news.

And an announcement about Ruth Bader Ginsburg’s future has Democrats panicked.

A Supreme Court spokeswoman revealed that Ruth Bader Ginsburg spent a night in the hospital to receive treatment for an infection.

Ginsburg then announced she was heading home and intending to return to the Supreme Court.

But that was not the full story.

Days later, Ginsburg released a statement revealing that she had been receiving chemotherapy since May to prevent cancer from returning to her liver.

On May 19, I began a course of chemotherapy (gemcitabine) to treat a recurrence of cancer. A periodic scan in February followed by a biopsy revealed lesions on my liver. My recent hospitalizations to remove gall stones and treat an infection were unrelated to this recurrence.

Immunotherapy first essayed proved unsuccessful. The chemotherapy course, however, is yielding positive results. Satisfied that my treatment course is now clear, I am providing this information.

Ginsburg also said the treatment was successful and she could return to the Supreme Court when the new term began in October.

My most recent scan on July 7 indicated significant reduction of the liver lesions and no new disease. I am tolerating chemotherapy well and am encouraged by the success of my current treatment. I will continue bi-weekly chemotherapy to keep my cancer at bay, and am able to maintain an active daily routine. Throughout, I have kept up with opinion writing and all other Court work.

I have often said I would remain a member of the Court as long as I can do the job full steam. I remain fully able to do that.

Despite what Democrats say, they are intensely worried about Ginsburg’s health.

Ginsburg’s been in the hospital multiple times for cancer treatment in the last two years.

And should Ginsburg step down from the Supreme Court due to health reasons, Donald Trump will nominate a replacement and Republicans will confirm the President’s nominee.

Right now, conservatives view Chief Justice John Roberts as a traitor for his steady leftward drift after promises by the Bush administration and conservative legal establishment back in 2005 that Roberts would be a Scalia/Thomas-style conservative on the Supreme Court.

Just this session, Roberts ruled in favor of abortion on demand, special rights for homosexuals and transgenders as well as amnesty for the children of illegal aliens.

But while Roberts is an annoyance now, if President Trump placed a conservative on the Supreme Court to replace Ginsburg, Roberts would just be irrelevant.