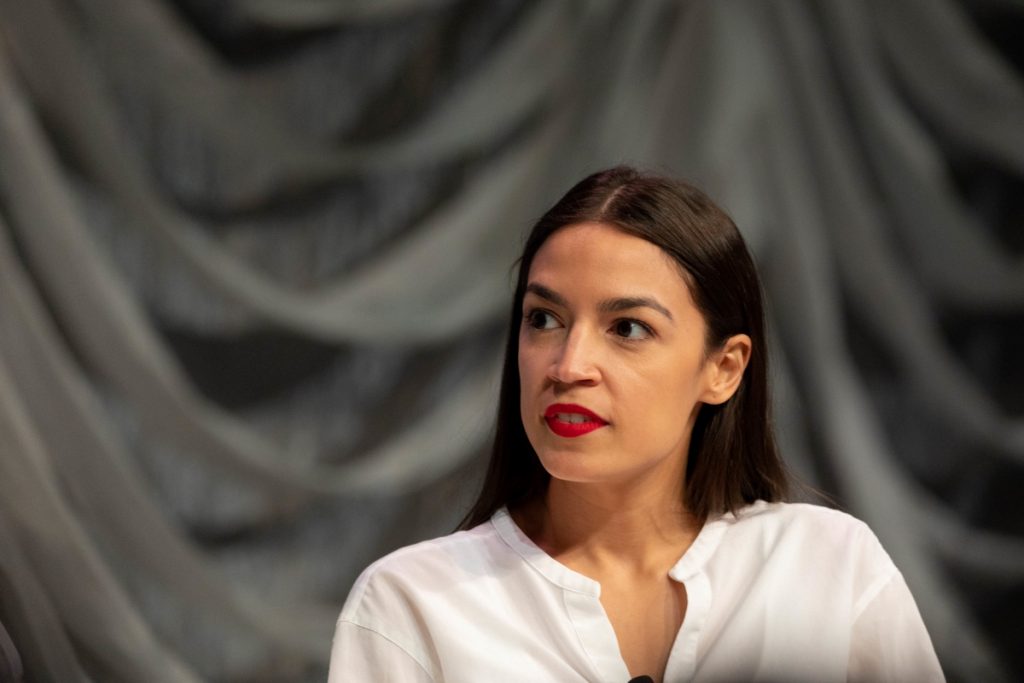 It’s how she’s accumulated power and influence on Capitol Hill.

And now Alexandria Ocasio-Cortez went on camera and put viewers jaws on the ground.

There is little Alexandria Ocasio-Cortez can do anymore to shock the public.

But somehow the socialist congresswoman managed to do just that.

Alexandria Ocasio-Cortez made a personal confession that left Americans speechless.

In an interview with the Latino USA podcast, Ocasio-Cortez admitted she was in therapy following the events of January 6.

“After the 6th, I took some time and it was really Ayanna Pressley when I explained to her what happened to me, like the day of, because I ran to her office and she was like, ‘you need to recognize trauma,’” Ocasio-Cortez revealed.

Ocasio-Cortez compared what happened that day in the Capitol to internalizing the tragedy of her father dying when she was a young girl.

“And I feel like I learned this the hard way after my father had passed away when I was a teenager … That happened at a young age and I locked it away. You have to live with it for years,” Ocasio-Cortez added.

Ocasio-Cortez claimed January 6 so traumatized her that she attended therapy sessions.

“Oh yeah, I’m doing therapy but also I’ve just slowed down,” she said. “I think the Trump administration had a lot of us, especially Latino communities, in a very reactive mode.”

Ocasio-Cortez went so faras to compare being in the Capitol as like having “served in war.”

This is not the first time Ocasio-Cortez exaggerated her experience on January 6.

On January 6 no Trump supporters entered the Cannon Office Building where Ocasio-Cortez’s office is located.

Alexandria Ocasio-Cortez hyping up the events of January 6 by claiming it was similar to a war also boosts the left’s preferred political narrative that the GOP is the party of insurrection and sedition.

Democrats’ big plan to make this the dominant theme of the 2022 midterm elections culminated with Nancy Pelosi pushing for creating an independent commission to “investigate” what happened on January 6.

Pelosi and her allies hope Republicans vote for this proposal to create GOP buy-in on the eventual report Democrats will use as the basis of attack ads next November that point the finger at Donald Trump and congressional Republicans for causing the mayhem on January 6.

Ocasio-Cortez revealing she sought therapy that day—which followed her false claims that rioters nearly broke into her office and killed her—is part of that Democrat Party messaging strategy.

Democrats originally hoped to campaign on a booming economy fueled by the vaccines developed by the Trump administration ushering the country back to normal life.

But the disappointing April jobs report and fears of hyperinflation caused Democrats to reconsider that approach.