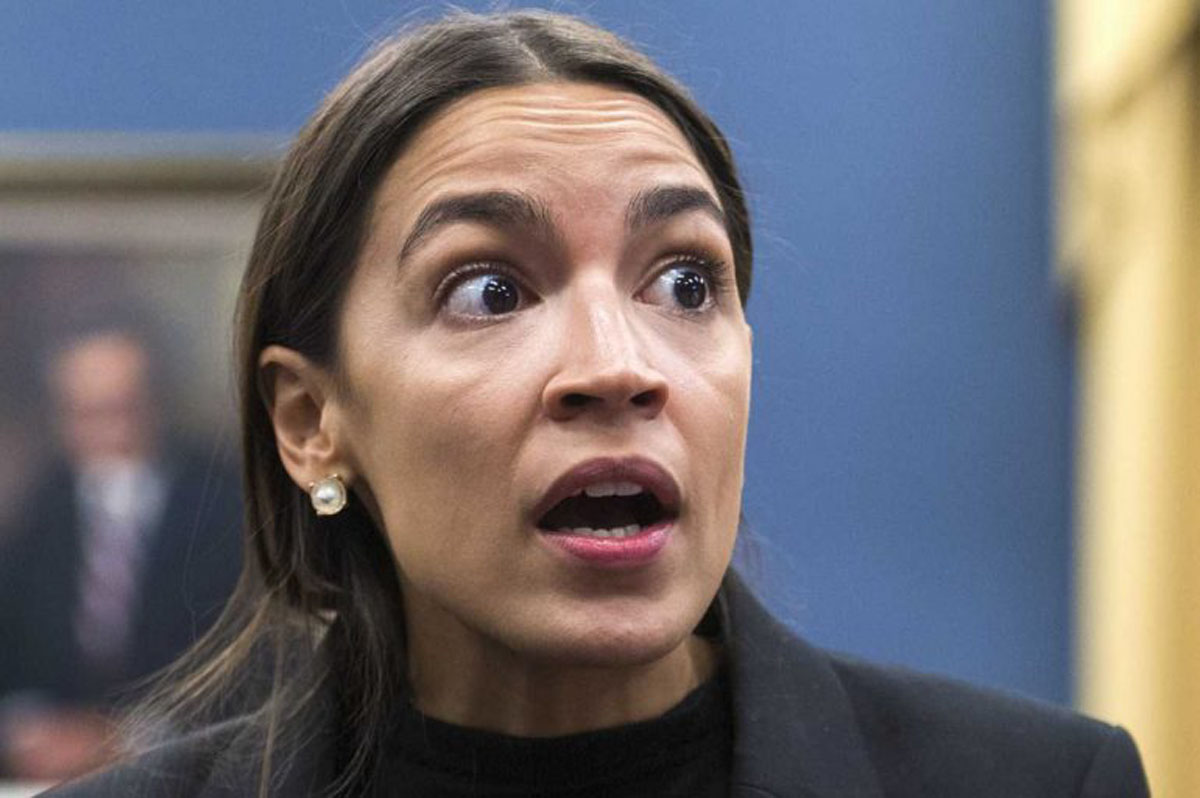 After months of frustration, Ocasio-Cortez may have found a way to achieve her goal.

And Alexandria Ocasio-Cortez made one threat that has Donald Trump seeing red.

After months of hemming and hawing, Democrats finally took their first step toward impeaching Donald Trump.

That’s why Democrats dipped their toe in the water to vote on witnesses testifying in public and other ground rules for an impeachment inquiry.

Alexandria Ocasio-Cortez telegraphed this move the prior day.

When the socialist Congresswoman met with reporters, Ocasio-Cortez dismissed the idea that the Senate would never muster the 67 votes to convict the President on any articles of impeachment passed by the Democrat House majority.

“Once the House impeaches, the House has impeached the president,” Ocasio-Cortez declared.

Ocasio-Cortez continued with an ultimatum to Senate Republicans.

Vote to remove Donald Trump from office or suffer the indignity of liberal historians smearing them as cowards.

“If they [Republicans in the Senate] want to fail it, then I want to see every Republican go on the record and knowingly vote against impeachment of this president, knowing his corruption so that they can have that stain on their careers the rest of their lives because this is outrageous to protect the amount of lawlessness,” Ocasio-Cortez continued.

The President wanted to know how Democrats could get away with impeaching a President that was doing such a good job.

“How do you impeach a President who has helped create perhaps the greatest economy in the history of our Country? All time best unemployment numbers, especially for Blacks, Hispanics, Asians & Women. More people working today than ever before. Rebuilt Military & Choice for Vets Became Number 1 in World & Independent in Energy.” The President continued, “Will soon have record number of Judges, 2 SC Justices. Done more than any President in first 2 1/2 years despite phony & fraudulent Witch Hunt illegally led against him. WIN on Mueller Report, Mueller Testimony & James Comey IG Report, which showed him to be a Disgraced & Dirty Cop. Republicans have unified like never before. You don’t impeach Presidents for doing a good (great!) job. No Obstruction, No Collusion, only treasonous crimes committed by the other side, and led by the Democrats. Sad!”

That Democrats are still dithering on impeachment shows what a failure Robert Mueller’s witch hunt turned out to be.

Strike one was Mueller failing to find evidence of a criminal conspiracy between the Trump campaign and the Russians.

Strike two was Mueller failing to render a finding on obstruction of justice.

If the Democrats whiff again on grounds for impeachment it will be three strikes and you are out.

That’s why the House Judiciary Committee is slow walking impeachment by only voting on the parameters of an inquiry.

Democrats still don’t have a smoking gun – and despite Alexandria Ocasio-Cortez’s bravado – the left is merely spinning their wheels on impeachment and stalling for time.

Great American Daily will continue to keep you up to date on any new developments in the Democrats’ attempt to impeach President Trump.