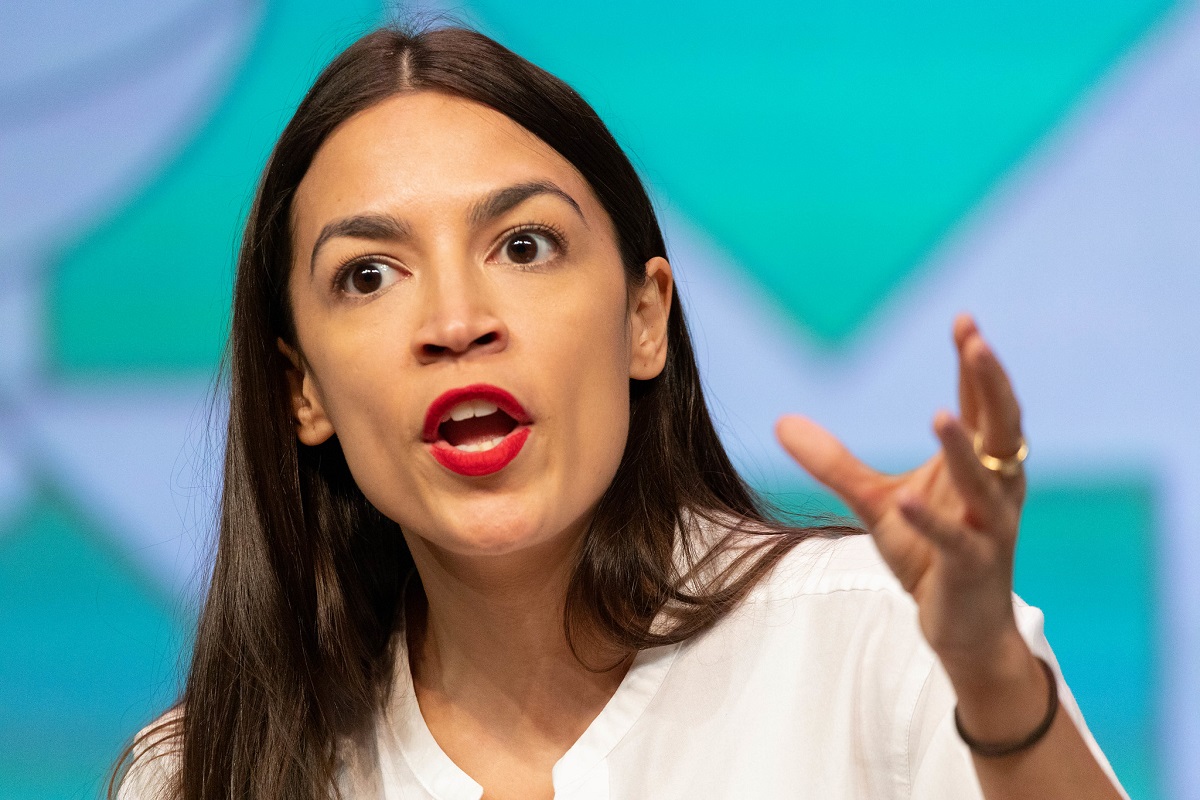 No member of Congress creates more controversy than Alexandria Ocasio-Cortez.

And Alexandria Ocasio-Cortez put jaws on the ground with one terrible revelation.

Despite the fact that the Capitol was under military occupation with 26,000 National Guardsmen on the streets to intimidate Trump supporters into staying away and the Secret Service on the scene, Ocasio-Cortez melted down and hysterically ranted that she skipped the ceremony because she holds the deranged belief that her Republican colleagues are out to do her harm.

“I think we also had very real security concerns as we mentioned earlier. We still don’t yet feel safe around other members of Congress,” Ocasio-Cortez said.

Cuomo asked Ocasio-Cortez how many Democrats live under the crippling fear of these paranoid delusions.

Ocasio-Cortez then cited Republican Congressman Andy Harris of Maryland attempting to exercise his Second Amendment rights and carry his firearm on the House floor as evidence the Republican Caucus may contain a sleeper cell of political assassins.

“Yeah, well, one just tried to bring a gun on the floor of the House today. I believe it was Representative Andy Harris from Maryland. He tried to bring in a gun on to the House floor. For individuals who don’t know, guns are not allowed in the District of Columbia and certainly the House floor. There are separate House rules that prohibit the bringing in of firearms. These are rules that date back to the Civil War. These are individuals that are trying to sneak firearms either illegally or in direct violation of House rules. Why does a member of Congress need to sneak a gun on to the House floor?” Ocasio-Cortez baselessly speculated.

Ocasio-Cortez then claimed that even if Republicans were plotting to intentionally harm Democrats or if they were cowboys that didn’t know proper gun safety etiquette and accidentally discharged their firearms out of carelessness, Republicans presented a clear and present danger to the lives of Democrats.

“Here is what I will say, the moment you bring a gun on to the House floor in violation of rules, you put everyone around you in danger. It is irresponsible. It is reckless. But beyond that, it is a violation of rules. You are openly disobeying the rules that we have established as a community, which means that you cannot be trusted to be held accountable to what we’ve decided as a community. So I don’t really care what they say their intentions are. I care what the impact of their actions are. And the impact is to put all 435 members of Congress in danger. He tried to hand off his gun to another member who didn’t have a license, and any responsible gun owner knows that you don’t just hand off your gun to another individual. You have to clear it, etcetera,” Ocasio-Cortez added.

Ocasio-Cortez smearing Republican members of Congress as gun-toting maniacs and cold-hearted potential killers is an escalation in the Democrats’ new plan to declare Republicans enemies of the state as part of a domestic war on terror to combat political extremism.