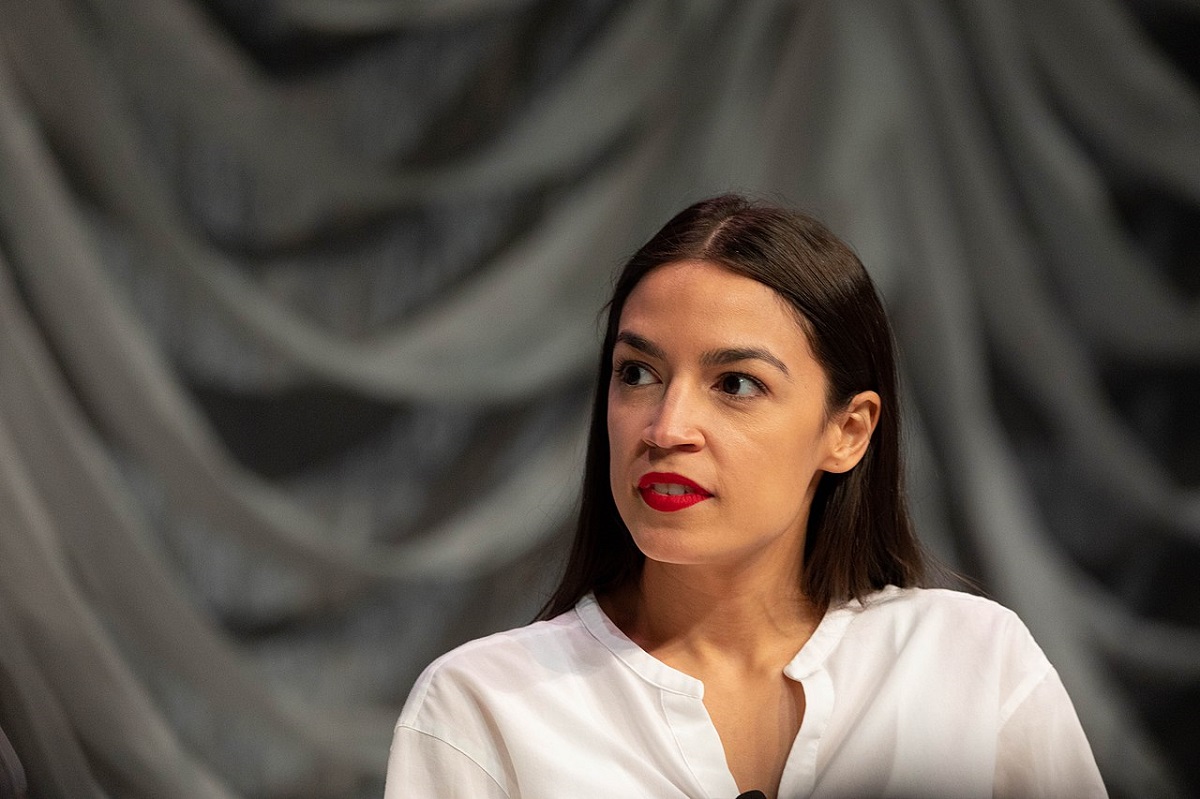 Alexandria Ocasio-Cortez made it clear the House of Representatives is not the highest office she intends to hold.

But Ocasio-Cortez may be looking to make the jump sooner than anyone ever anticipated.

And Alexandria Ocasio-Cortez just dropped this huge hint about taking over for Joe Biden in 2024.

In a shocking interview on CNN’s “State of the Union” Ocasio-Cortez refused to endorse Joe Biden for re-election in 2024 leading many to speculate that Ocasio-Cortez is looking at running for the presidency.

“If the president chooses to run again in 2024, I mean — first of all, I’m focused on winning this majority right now and preserving a majority this year in 2022. So we’ll cross that bridge when we get to it, but I think if the president has a vision and that’s something we’re all certainly willing to entertain and examine when the time comes,” Ocasio-Cortez told host Dana Bash.

“I think we should endorse when we get to it,” Ocasio-Cortez responded.

Ocasio-Cortez tried to dance around the question by claiming she thought Joe Biden was doing a good job as president but that she would not offer an endorsement for Biden at this time.

“I believe that the president has been doing a very good job so far,” Ocasio-Cortez continued. “And should he run again…we’ll take a look at it. But right now, we need to focus on winning a majority instead of a presidential election.”

Ocasio-Cortez’s refusal to endorse Joe Biden came one day after The New York Times published a blockbuster article where prominent Democrats such as former Barack Obama chief strategist David Axelrod went on the record either refusing to endorse Joe Biden for re-election or saying that Biden should not seek a second term.

And yet Biden still says he is running for a second term.

There is some political practicality in Biden pledging to seek re-election.

If Joe Biden said he would not be a candidate in 2024 his presidency would end that very moment and Biden would lose all leverage to push his agenda through Congress or see his nominees win confirmation.

Democrats don’t want to endorse Biden in 2024 because they need to leave the party an escape hatch to force Biden to step down and not run should Biden insist he wants to be the candidate.

Democrats like Hillary Clinton, Pete Buttigieg and Bernie Sanders are openly flirting with a 2024 campaign.

Ocasio-Cortez – who said she does not intend to spend her entire career in the House and would turn 35 on October 24 – could be one of those Democrats quietly planning to run for president in 2024.

And Ocasio-Cortez’s refusal to endorse Joe Biden could be the biggest hint that Ocasio-Cortez holds White House ambitions.