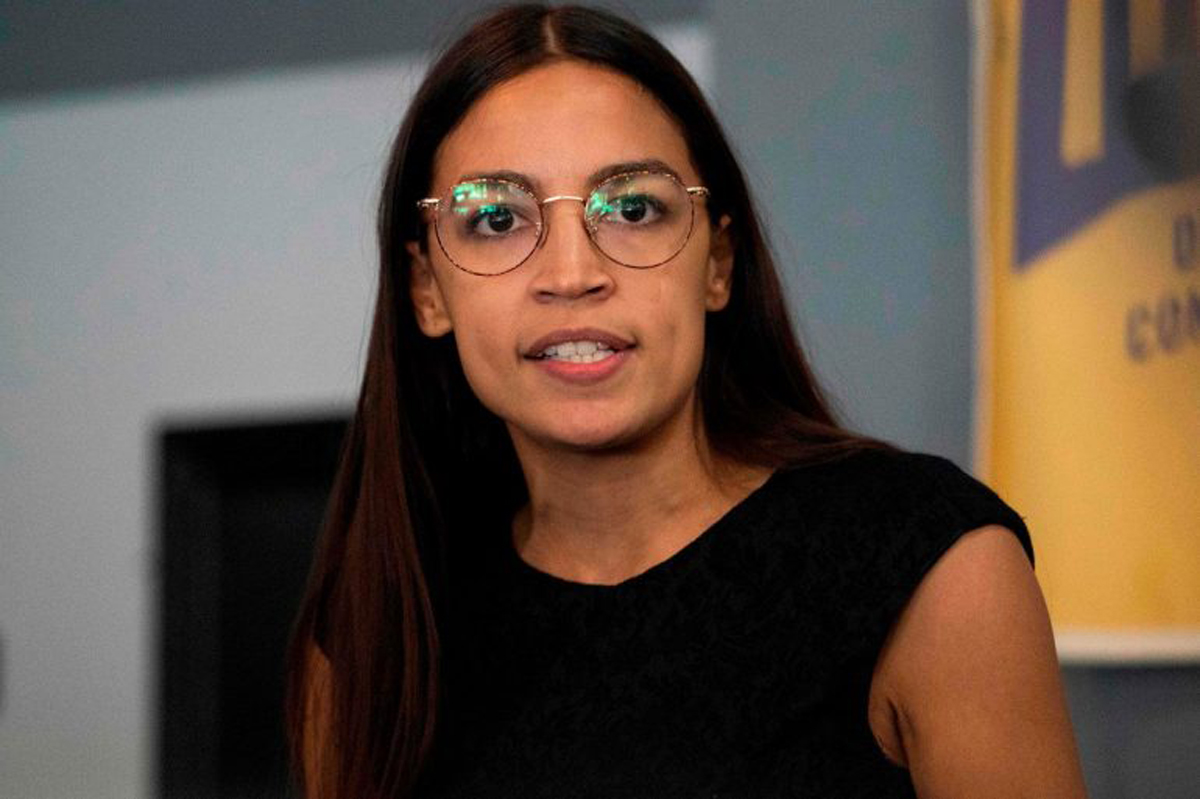 Alexandria Ocasio-Cortez’s greatest political talent is escaping the fallout of the crisis’s she creates.

But her luck may have run out.

And Alexandria Ocasio-Cortez turned into a nervous wreck when this scandal broke.

As reported by Great American Daily:

Chakrabarti infuriated Nancy Pelosi and House Democrats when he tweeted that Democrats expressing concern about Pelosi’s big spending budgets were the modern equivalent of racist pro-segregation Democrats in the 20th century.

“They certainly seem hell bent to do to black and brown people today what the old Southern Democrats did in the 40s,” Chakrabarti tweeted.

Some pundits speculated that Ocasio-Cortez sacrificed Chakrabarti as a peace offering to Speaker Pelosi to show Ocasio-Cortez was serious about ending their feud.

However, that may not be the real reason Saikat Chakrabarti stepped down.

The truth could be far more sinister.

The FEC is investigating whether the Justice Democrats PACs illegally transferred over one million dollars in contributions to private companies Chakrabarti owned in order to hide campaign expenditures.

This is the first serious scandal of Ocasio-Cortez’s political career.

So far she has dodged charges of racism and anti-Semitism.

However, an FEC investigation is a whole different ball of wax.

And given Ocasio-Cortez’s close ties to Chakrabarti, this investigation could eventually be scrutinizing her actions.

Tom Anderson, director of the National Legal and Policy Center’s Government Integrity Project, who filed the complaint believes Ocasio-Cortez played a role in these schemes and should be held accountable.

“Representative Ocasio-Cortez and Saikat Chakrabarti have engaged in the most blatant scheme we have seen to avoid transparency and accountability concerning campaign finance and financial disclosure laws,” Anderson told the Washington Examiner.

Some Democrats will also breathe a sigh of relief if Ocasio-Cortez gets taken down a peg.

Ocasio-Cortez and her fellow “Squad” members made life miserable for Pelosi and other Democrats by pushing for wildly unpopular and socialist policies such as a complete government takeover of healthcare, open borders, impeachment and decriminalizing the act of illegal immigration.

Because of Ocasio-Cortez’s popularity with the base, many top-tier Democrat Presidential contenders adopted these un-American and toxic policy positions.

While they may play well in a primary and help boost a candidate past frontrunner, Joe Biden, they are political poison in a General Election.

That’s why many Democrats would not shed a tear if this scandal brings down Ocasio-Cortez.

For all of the energy she brings to the party in terms of mobilizing the base, Ocasio-Cortez also allows President Trump to define the Democrat Party as the party of socialism, open borders, and anti-Americanism.

Great American Daily will continue to keep you up to date on any new developments in this ongoing story.