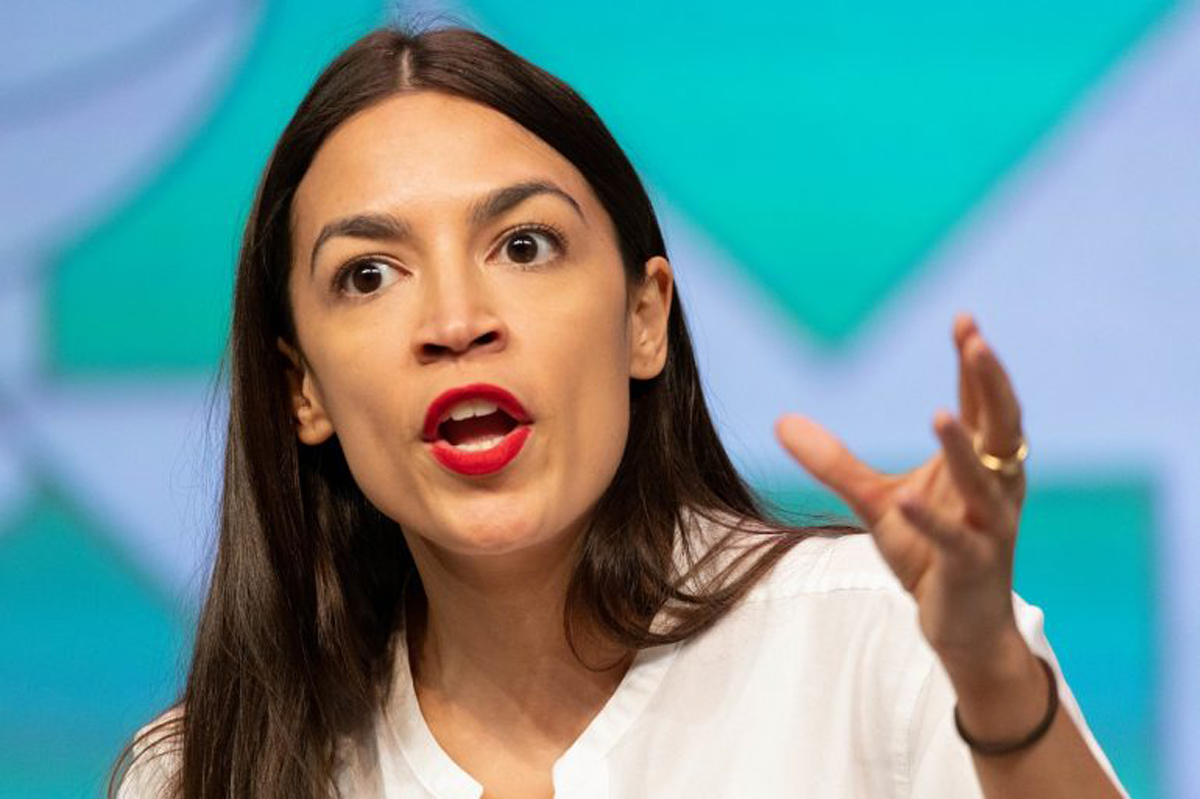 Alexandria Ocasio-Cortez has been one of the biggest names in the Democrat Party since entering Congress in 2019.

And Alexandria Ocasio-Cortez may leave Congress for this promotion.

Ocasio-Cortez became the latest Democrat to speak out against New York Governor Andrew Cuomo’s disastrous handling of the coronavirus deaths in nursing homes.

In a statement, Ocasio-Cortez called for an investigation into Cuomo covering up the true coronavirus death toll in nursing homes.

“I support our state’s return to co-equal governance and stand with our local officials calling for a full investigation of the Cuomo administration’s handling of nursing homes during COVID-19,” Ocasio-Cortez’s statement read.

“Thousands of vulnerable New Yorkers lost their lives in nursing homes throughout the pandemic,” Ocasio-Cortez continued. “Their loved ones and the public deserve answers and transparency from their elected leadership, and the secretary to the governor’s remarks warrant a full investigation.”

This scandal exploded when Cuomo’s top aide,Melissa DeRosa, told a group of state Democrats that the Cuomo administration held back information on the nursing home COVID-19 death toll out of fear the Trump Department of Justice would use it as evidence in a criminal investigation.

And on the day Ocasio-Cortez’s statement dropped, Cuomo doubled down on his insistence that the only thing he did wrong was not fight back against so-called “misinformation.”

“I was not aggressive enough in knocking down the falsities. We were busy. We were doing our job. We’re trying to save lives. No excuses.”

Cuomo’s eroding political standing and Ocasio-Cortez’s comments led some pundits to believe Ocasio-Cortez may be plotting a 2022 challenge to Governor Cuomo, who has never been a favorite of the far-left.

Ocasio-Cortez has publicly stated that she does think serving in the House of Representatives is her lifetime job and many interpreted that as hinting she would mount a primary challenge to Chuck Schumer in 2022.

But the latest Siena poll showed Chuck Schumer had a 69 percent favorability rating among New York Democrats with just 19 percent of Democrats in the state disapproving.

Ocasio-Cortez may be surveying the political landscape and viewing the New York governor’s race as her best chance to secure higher office in 2022.

Governor Cuomo may be forced from office by criminal investigations, impeachment or resignation.

Or Governor Cuomo could seek a fourth term in office as a crippled incumbent.

In either scenario Ocasio-Cortez may never have a better opportunity to enter the governor’s race and win the big seat in Albany.