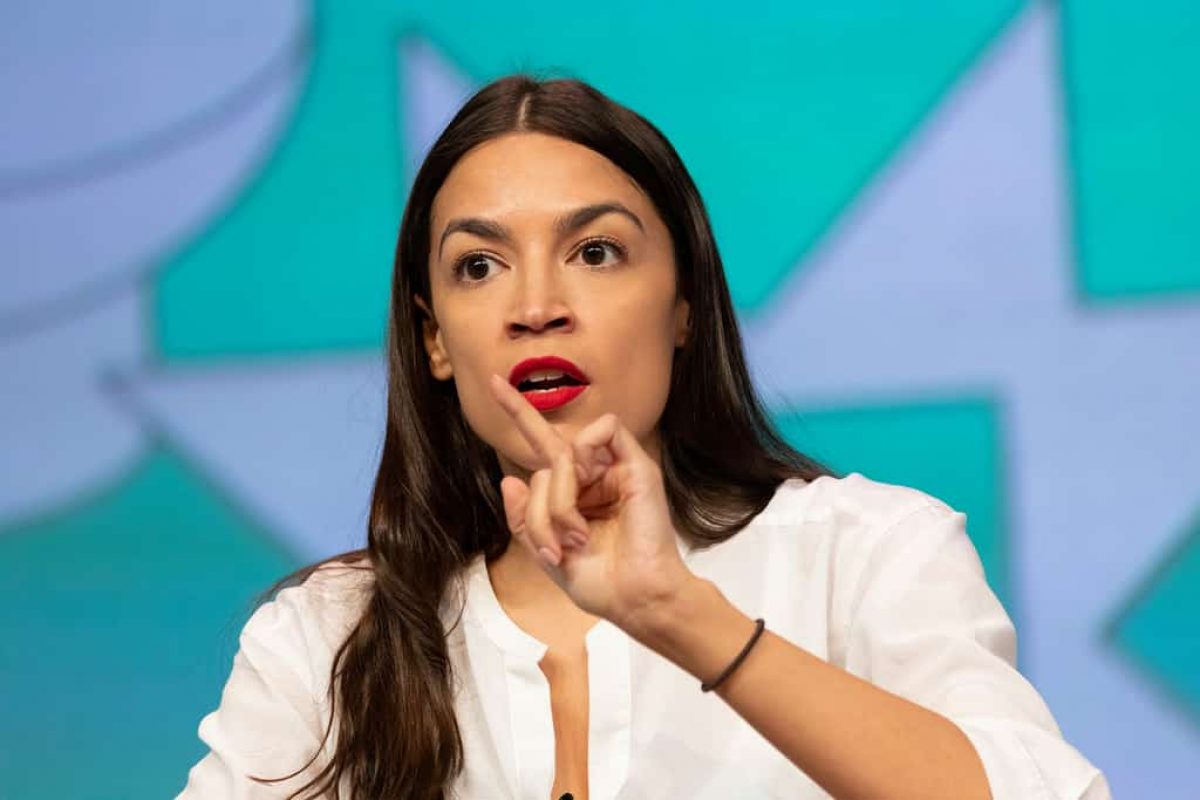 Photo by nrkbeta on Flickr.com
0 Shares
0

Alexandria Ocasio-Cortez played along for the first six months of Joe Biden’s administration.

That’s all out the window now.

Alexandria Ocasio-Cortez threw Joe Biden a curveball that turned everything upside down.

Biden and his team were ready to pop champagne corks over a GOP surrender on a nearly one-trillion-dollar infrastructure bill.

Not only did the GOP agree to more massive spending when the Federal Reserve is already inflating the value of the dollar to fund Joe Biden’s previous pending binges, but Republicans handed Biden a “bipartisan” win on a silver platter.

Biden and Chuck Schumer hoped a GOP surrender would make it easier for Democrat Senators Kyrsten Sinema and Joe Manchin to back a six-trillion-dollar tax and spend socialist welfare state bill being drawn up by Bernie Sanders.

That was not good enough for Alexandria Ocasio-Cortez.

Ocasio-Cortez mocked the picture of the senators announcing the GOP’s caving in because they were all white.

“The diversity of this ‘bipartisan coalition’ pretty perfectly conveys which communities get centered and which get left behind when leaders prioritize bipartisan dealmaking over inclusive lawmaking (which prioritizes delivering the most impact possible for the most people),” Ocasio-Cortez wrote.

The New York congresswoman made it clear that passing Bernie Sanders’ six-trillion-dollar socialist wish list bill was a necessary component of this deal.

“This is why a bipartisan pkg alone isn’t acceptable. The exclusion & denial of our communities is what DC bipartisan deals require. That’s how you get GOP on board: don’t do much/any for the working class & low income,or women, or poc communities, or unions,etc. We must do more,” Ocasio-Cortez added.

Ocasio-Cortez blasted the idea of Biden only signing a “bipartisan” bill as racist.

House Republicans are expected to vote against this bill en masse.

Nancy Pelosi only has a four-seat margin in the House so Ocasio-Cortez and her fellow “Squad” members could tank the bill by voting against it without the welfare state bill passing first.

Hours later Joe Biden bowed to the pressure from Ocasio-Cortez and announced Biden would only sign the bipartisan bill if it came with the Bernie Sanders bill to impose the Green New Deal and new socialist welfare state policies.

“If this is the only thing that comes to me, I’m not signing it,” Biden declared. “It’s in tandem.

“We need physical infrastructure, but we also need the human infrastructure as well,” Biden added, “We’re going to have to do that through the budget process and we need a fair tax system to pay for it all.”

South Carolina Senator Lindsey Graham—one the GOP senators whose vote would be necessary to break a filibuster—denounced the deal as extortion.

“No deal by extortion! It was never suggested to me during these negotiations that President Biden was holding hostage the bipartisan infrastructure proposal unless a liberal reconciliation package was also passed,” Graham posted on social media.

Graham also told POLITICO that this bill was a “suicide mission” for the GOP and that he was “out.”

Kansas Republican Jerry Moran—one of the other RINOS that originally agreed to this deal—backpedaled and claimed he would only vote ‘yes’ if Manchin and Sinema pledged to vote ‘no’ on Bernie Sanders’ six-trillion-dollar scheme to push America closer to becoming a socialist nation.

After Biden announced the deal, the press was crowing that Biden was a master of the Senate and a crafty dealmaker.

Two tweets from Alexandria Ocasio-Cortez changed all that.