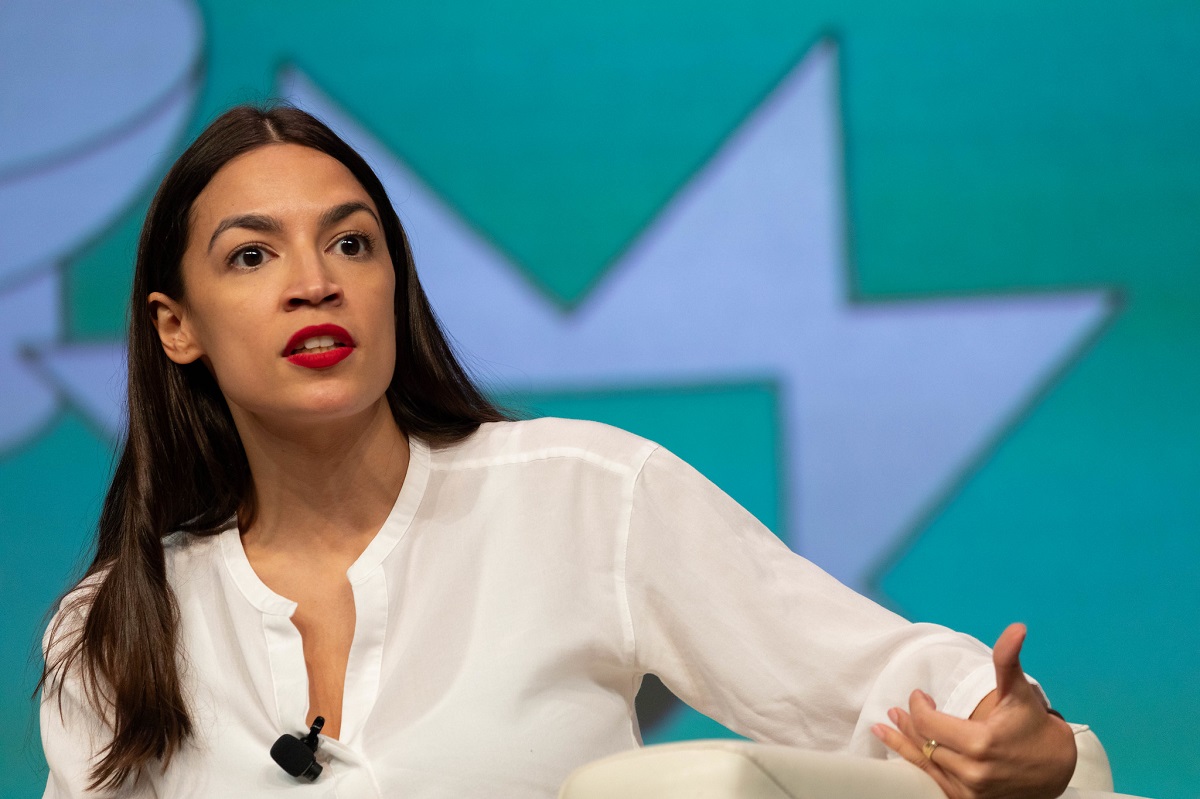 Democrats groaned when they saw what Alexandria Ocasio-Cortez said.

Ocasio-Cortez ruined one of their favorite talking points.

And Alexandria Ocasio-Cortez destroyed the January 6 Committee by letting this confession slip.

Ocasio-Cortez posted a video of conservative commentator Alex Stein mocking Ocasio-Cortez as she walked up to the Capitol steps to take a vote.

Stein committed no crime and was peacefully protesting.

Here is a video he posted of the incident. I was actually walking over to deck him because if no one will protect us then I’ll do it myself but I needed to catch a vote more than a case today pic.twitter.com/RdwCNBDIBb

What set Ocasio-Cortez off was the way Stein mocked her in public making fun of her posterior and calling her a baby killer for supporting abortion on demand.

Ocasio-Cortez posted another video ranting about the incident.

.@aoc tells me she’s never felt safe in the Capitol, citing reports of police and members of Congress working with insurrectionists on January 6th. Here’s the video: pic.twitter.com/9rxABsUI3L

Ocasio-Cortez followed up that video with an interesting post claiming there is video footage showing Capitol Hill police officers assisting Trump supporters on January 6 and that Ocasio-Cortez no longer feels safe since the police won’t arrest anyone who makes fun of her.

“Remember how there was tons of footage and evidence of officers & others inside on 1/6 supporting insurrectionists, but then everyone decided it was too politically risky to investigate thoroughly so they brushed under the rug and now we still have no idea who or what is safe?” Ocasio-Cortez wrote on Twitter.

If there is one thing liberals cannot stand it is being made fun of.

Ocasio-Cortez thought it was hilarious when a leftist mob chased Brett Kavanaugh and his family out of Morton’s steakhouse and mocked Kavanaugh for being a wimp.

But this episode triggered Ocasio-Cortez so badly that she publicly blew up the left’s narrative that Donald Trump – and Donald Trump alone – is responsible for what happened on January 6.

Ocasio-Cortez claimed there is video evidence some police officers assisted in an inside job.

And Ocasio-Cortez’s revelation also forced questions back to the surface about why the FBI will not come clean with how many undercover informants were in the crowd that day.

Up until now the January 6 committee selectively edited videotaped testimony and presented friendly witnesses with no cross-examination to make sure one narrative emerged about January 6.

Alexandria Ocasio-Cortez smashed that to rubble because she got mad someone made fun of her.