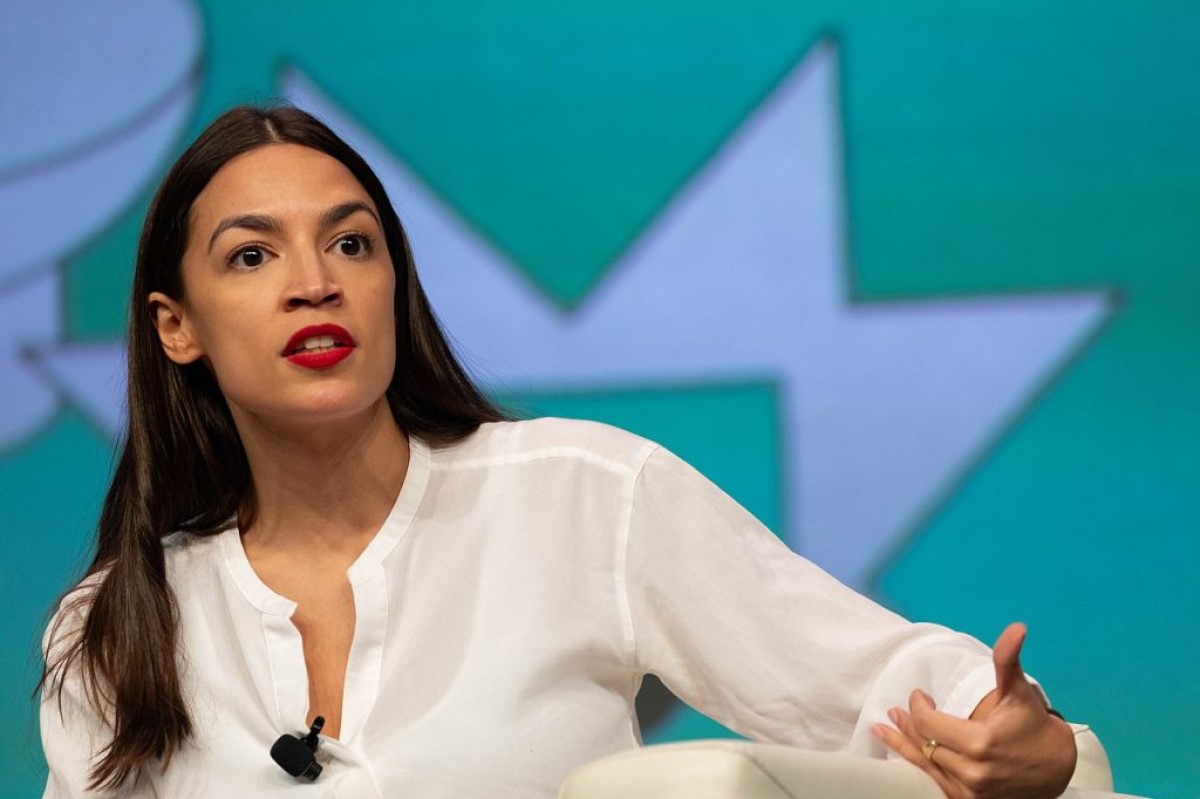 But Alexandria Ocasio-Cortez is not making the party’s life easier.

And Alexandria Ocasio-Cortez broke the biggest rule in politics with this insane decision.

In a video posted on social media, Rep. Alexandria Ocasio-Cortez (D-NY) appeared to inappropriately respond to her angry constituents. She rhythmically danced while people chanted “AOC has got to go.”

The protesters shouted “AOC has got to go” while playing bongo drums as Ocasio-Cortez swayed back and forth.

The protesters were angry about rising crime, LGBTQ+ community housing, and vaccine mandates among other things according to FreedomNews.TV.

The lights were then turned off and the two-term congresswoman was led out of the room before she later returned and stated, “I’m not allowed to be in a room with the lights turned off,” according to the outlet.

“She’s mocking her constituents because she’s never lived in her district, they didn’t put her in power, and she doesn’t answer to them,” Chadwick Moore, an editor at the Spectator World, said in a tweet.

“AOC is actually mocking her constituents. She is drunk with power & narcissism. Sandy doesn’t care what they think. That’s why she laughs & dances it all off,” “Fox & Friends Weekend” co-host Rachel Campos-Duffy said on Twitter.

This isn’t the only town hall event that has gone off the rails for Ocasio-Cortez recently.

“My friend @Noggatone and I confronted Congresswoman [AOC] on her support for Nuclear War and Ukrainian Nazis,” Jose Vega captioned his interaction with the congresswoman.

“I call her out for being a coward in the face of the party that will push us all into Nuclear war right now,” he added. “Will she stand up like [Tulsi Gabbard] and fight for peace?”

“Tulsi Gabbard, she’s left the Democratic Party because they are war hawks,” one protester told AOC, Timcast first reported. “You ran as an outsider! Yet, you’ve been voting to start this war in Ukraine.”

“You voted to mobilize and send money to Ukrainian Nazis,” Vega yelled. “You’re a coward!”

In the streamed video of the event, AOC was caught scolding the two men for being “rude” and not respecting the other people at the event.

“I’m not asking you to respect me,” she said, adding that she wanted the men to “respect” their neighbors.

“You are being rude!” AOC said continuing to try and scolded at another point, adding, “of course I’m against it,” seemingly referring to nuclear war.