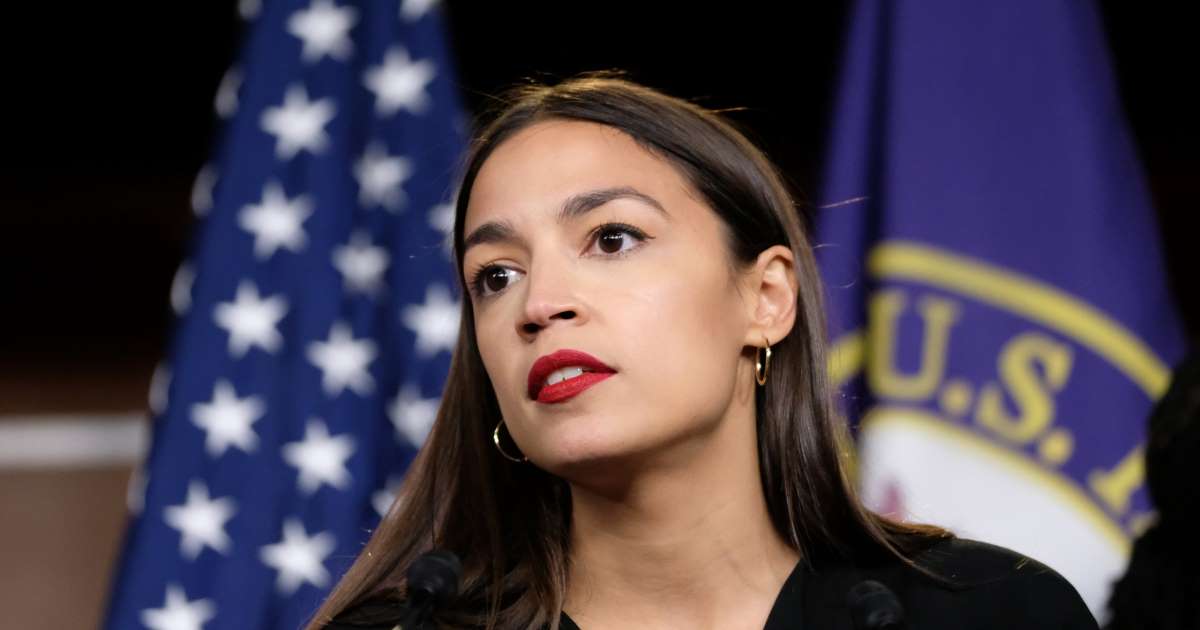 Alexandria Ocasio-Cortez is learning her lessons in politics the hard way.

Ocasio-Cortez’s fast and loose style fueled her rise, but now could come back to bite her.

And now Alexandria Ocasio-Cortez looked on in horror as her career collapsed due to this crime.

As Reported by American Patriot Daily:

Alexandria Ocasio-Cortez was once hailed as the new face of the Democratic Party.

After upsetting a long time Democratic incumbent in a New York primary last year, Ocasio-Cortez saw her star rise to heights that no one could have thought were possible.

And since taking office, Ocasio-Cortez has only seen her status within the party grow even more.

She now has a social media following in the millions and commands the loyalty and attention of a significant chunk of Democratic Party activists.

But at the same time, cracks were already beginning to form in her inner circle.

And all hell broke loose when her Chief of Staff abruptly resigned on Friday.

There is a major scandal in the works now.

And it centers around Ocasio-Cortez’s campaigns and her office in Washington.

Chakrabarti, who has served as Ocasio-Cortez’s right-hand man for over a year now, sparked backlash among other Democrats due to his combative nature and his attacks on fellow caucus members.

But he was also in a strong position, still holding Ocasio-Cortez’s loyalty and commanding a powerful network of left-wing activists who helped to make sure that she was elected to Congress in the first place.

And other Democrats were furious with him as well.

“People were not happy that he used his Twitter account to comment about members and the bills that he and his boss oppose, there was a series of colliding and cascading grievances,” said one House Democratic Aide.

But Chakrabarti’s biggest problem wasn’t related to his tumultuous relationship with other Democrats but rather with the fact that apparently not everything he was doing was strictly legal.

“The two PACs being probed, Brand New Congress and Justice Democrats, were both set up by Chakrabarti to support progressive candidates across the country. But they funneled more than $1 million in political donations into two private companies that Chakrabarti also incorporated and controlled, according to Federal Election Commission filings and a complaint filed in March with the regulatory agency,” adds the New York Post.

If Chakrabarti is implicated in any illegal activities, he could end up dragging down Ocasio-Cortez with him.

And that may have been why he abruptly resigned his position in her office.

It’s likely not because he was butting heads with fellow Democrats but rather because he could be on the verge of destroying Ocasio-Cortez’s own career trajectory.