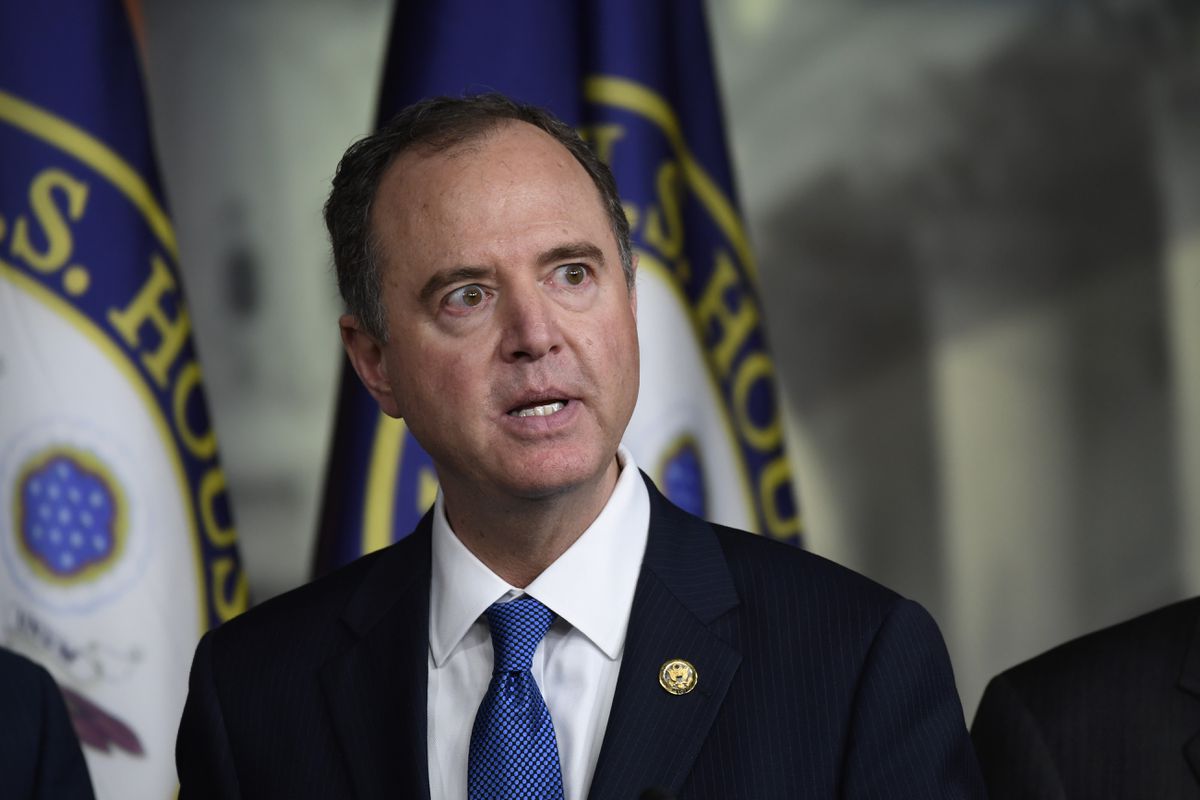 Adam Schiff has faced one defeat after another.

But not even his failure in the impeachment hoax measures up to the secret he is hiding.

Adam Schiff is sitting on this ticking time bomb that will end his career.

Facing massive defeat Schiff opted to get the bad news out on his own terms and posted the transcripts online.

These transcripts showed multiple Obama administration officials such as James Clapper, Loretta Lynch, and Samantha Power all testified they saw no evidence the Trump campaign colluded with the Russians.

But what made Schiff look like the biggest liar on earth was Crowdstrike CEO Shawn Henry’s testimony.

The Democrat National Committee hired Crowdstrike to investigate their servers after they were hacked and the company produced a report claiming the Russians hacked the DNC’s email server.

That report became the basis of the fantasy that the Russians hacked the DNC and provided the emails to WikiLeaks who in turn colluded with the Trump campaign.

Tucker Carlson highlighted this testimony during a recent broadcast as evidence that Adam Schiff was the biggest liar that ever told lies.

“Adam Schiff’s committee interviewed the president of Crowdstrike Services and CSO Shawn Henry. Schiff questioned Henry directly. He asked if Henry knew when the Russians had stolen the data from the DNC servers,” Carlson stated.

Except under oath, Henry admitted he had no direct evidence that the Russians hacked the DNC server.

“As it relates to the DNC, we have indicators that data was exfiltrated. We did not have concrete evidence,” Henry told the House Intelligence Committee.

Carlson then described how Schiff knew from a firsthand source that the centerpiece of the Russian collusion narrative was based on a shaky foundation.

“Adam Schiff heard those words directly, he heard them from the one person who would know for certain. Schiff knew there was nothing substantial at the core of the Russian collusion story. At the very center, it was hollow, it was a sham. But Schiff never suggested this in public. Instead, he did the opposite. He spent years on television telling you it was totally real, shut up.”

Carlson then played a montage of Schiff appearing on various cable news shows claiming he had direct evidence of the Trump campaign colluding with the Russians despite every witness that testified before his committee saying otherwise.

But since the testimony took place in a classified setting Schiff knew the contents of what the witnesses testified to would not be made public so he was free to lie.

That led Carlson to call Schiff a “sociopath” that needed to resign.

Adam Schiff is a sociopath. He will do or say anything to achieve power. He is unfit to hold office. He should resign. And not just Adam Schiff. The entire apparatus of official Washington has been exposed by these transcripts, as well as by the documents just released in the Michael Flynn case.