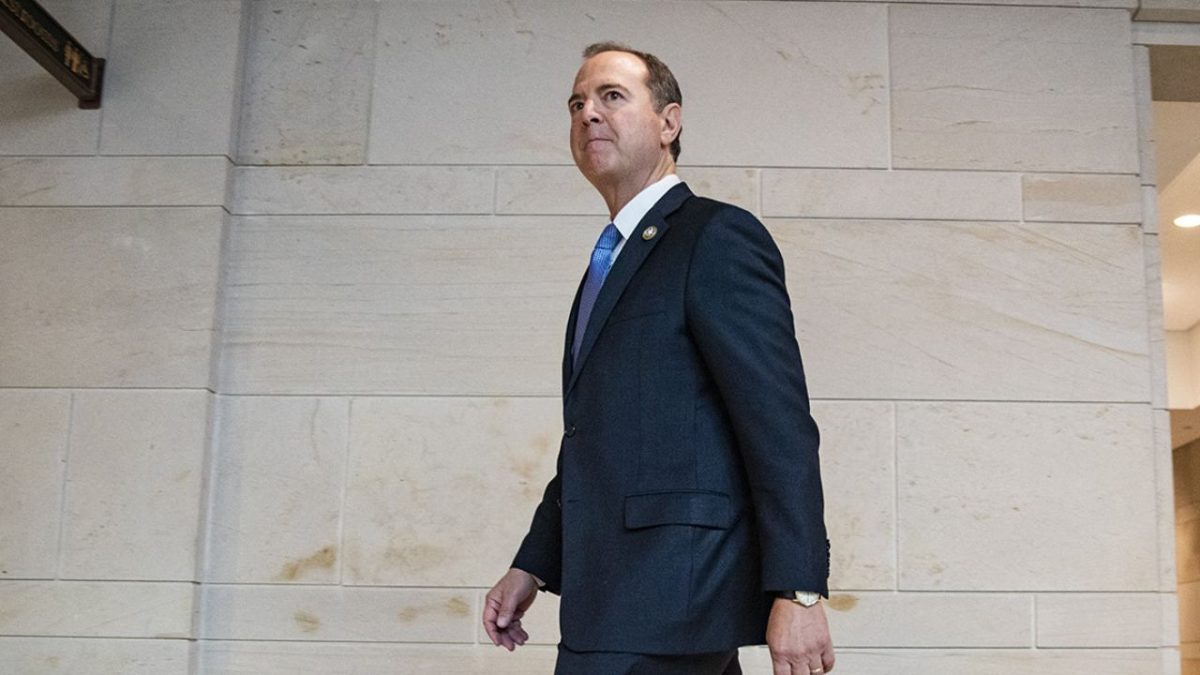 Adam Schiff and the Democrats bet everything on removing Donald Trump from office.

They failed in humiliating fashion.

And now Adam Schiff was red with rage when he saw the order Trump just gave the military.

Lt. Colonel Alexander Vindman became the poster child for rogue bureaucrats plotting to overthrow the President through a campaign of leaks.

Critics contend Vindman was one of the snitches that fed alleged whistleblower Eric Ciaramella information about Trump’s July 25 call with the Ukrainian President that formed the basis for Ciaramella’s phony whistleblower complaint.

Vindman later testified in front of Adam Schiff’s Stalinist impeachment inquiry and showboated on the public stage by opining that the President’s call was “inappropriate” and that Vindman – and not the duly elected President of the United States – was responsible for making U.S. policy towards Ukraine.

President Trump recognized that Vindman’s position on the National Security Council was no longer tenable.

That’s why President Trump made the common sense decision to remove Vindman from his White House position and return him to the Pentagon where he would then start his next assignment at the War College this summer.

In an Oval Office meeting with reporters, the President defended firing Vindman by pointing out that Vindman’s performance did not justify remaining on the National Security Council.

“It turned out that what he reported was very different,” Trump told reporters, “And also when you look at the person he reports to, said horrible things, avoided the chain of command, leaked, did a lot of bad things. And so we sent him on his way to a much different location, and the military can handle him anyway they want.”

But what set off the nerves of Adam Schiff and his allies was the President’s suggestion that Vindman face military justice.

“That’s going to be up to the military, we’ll have to see, but if you look at what happened, they’re going to certainly, I would imagine, take a look at that,” the President added that “the military can handle him.”

Trump supporters understand that not only was the President well within his rights to fire Lt. Colonel Vindman, but that Trump’s call for an investigation into Vindman’s behavior was more than warranted.

One writer at the conservative website “The Federalist” argued that Lt. Colonel violated 10 U.S. Code § 888. Art. 88 which makes it illegal for “any commissioned officer who uses contemptuous words against the President,” which critics argued should lead to the punishment of court-martial for his public testimony in which Vindman criticized President Trump.

Other critics of Lt. Colonel Vindman argued the military could court-martial Vindman for defying President Trump’s asserting executive privilege not to testify.

The President delivered a lawful order to prevent aides from divulging sensitive information which led some to allege that Vindman broke the law by testifying.

For the last three years, Schiff and rogue Deep State agents strutted around Washington with a “get out of jail free” card in their back pockets.

No matter how many illegal leaks they fed the press or how many laws they broke in investigating the President, no anti-Trump conspirator faced legal consequences.

But now that appears to be changing.