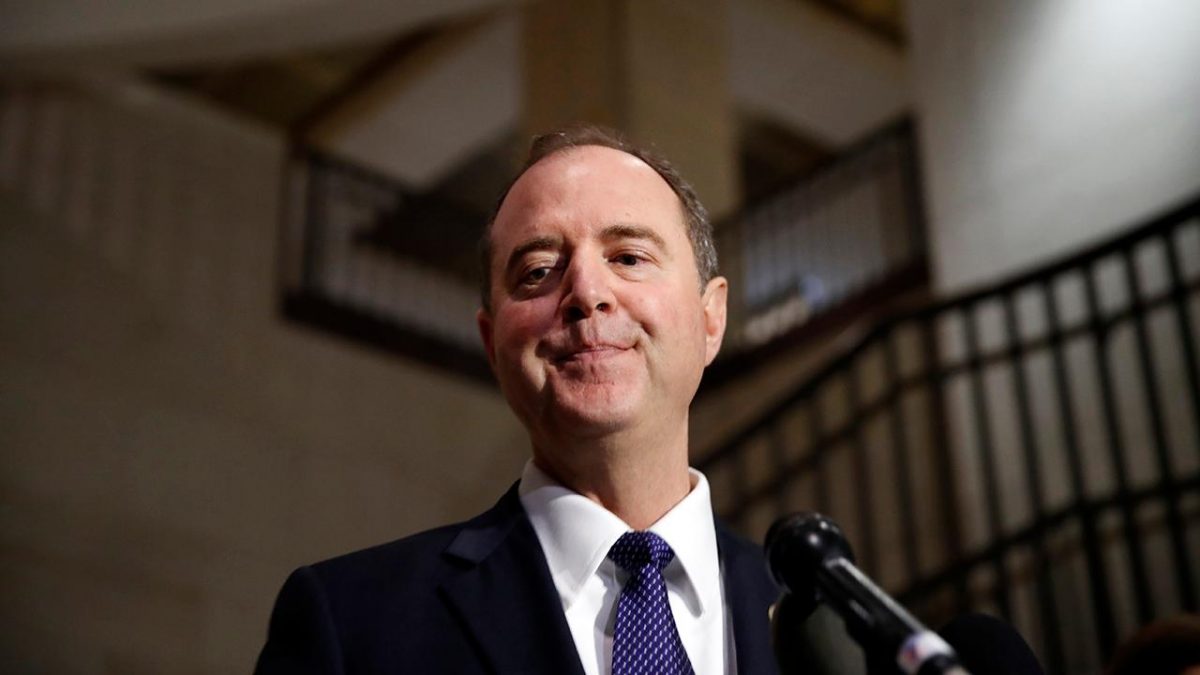 Schiff pulled every trick in the book to make sure Democrats turned over a case to the Senate that would result in Donald Trump’s removal from office.

And Adam Schiff just hung his head in shame after he suffered this massive humiliation.

Adam Schiff feels like he just won the ultimate victory for the extreme left.

With impeachment proceedings against President Donald Trump quickly coming to a vote, Schiff thinks he has finally dealt the right the ultimate blow.

But Adam Schiff is about to cry himself to sleep when he sees what new poll numbers were just revealed.

This poll was to shed light on the public’s current stance on Impeachment, and the results blew Adam Schiff away.

According to Fox News, registered voters’ opinions on whether or not President Trump should be impeached and removed from office have not changed in the least since the same poll was taken in October.

This means that nothing in Schiff’s rigged impeachment inquiry did anything to change the public’s loyalty to Trump.

All the hearings, the false accusations, and the lies from the left’s witnesses were one big waste of time and effort.

And Fox News was not the only network to have these polling results.

NBC, PBS, CBS, and other major news stations, all which are mainly loyal to the left and their fake news, all yielded the same polling results.

The American people are no longer fooled by the left’s continuing lies and schemes. They know that the left has wasted years and million of tax dollars on baseless investigations into Trump, only to have him exonerated.

More and more US citizens are standing with President Trump as a result of these impeachment hearings. The left is even losing some of its members to the GOP.

And Republican senators have been speaking out against the injustice of these proceedings.

These senators know that the left has rigged the impeachment trial so that Trump looks guilty no matter what. At a time where congressional members are supposed to remain impartial, many have already made up their minds about Trump’s fate.

Sen. Pat Toomey, R-Pa., spoke on a  “Meet the Press” segment yesterday, outlining the need for a fair trial, and not one that the left has already made their mind up on: “I think it’s appropriate to make sure that the president gets a fair trial here, and I think that’s the idea. I think it would be extremely inappropriate to put a bullet in this thing immediately when it comes over.”

But no matter the result of this week’s impeachment vote, the Senate will never allow Trump to be removed from office.

Many are still loyal to our President and the values of this country, and others from the left are switching parties to join them.

Schiff may win the impeachment vote, but he will never be allowed to remove the President from office.