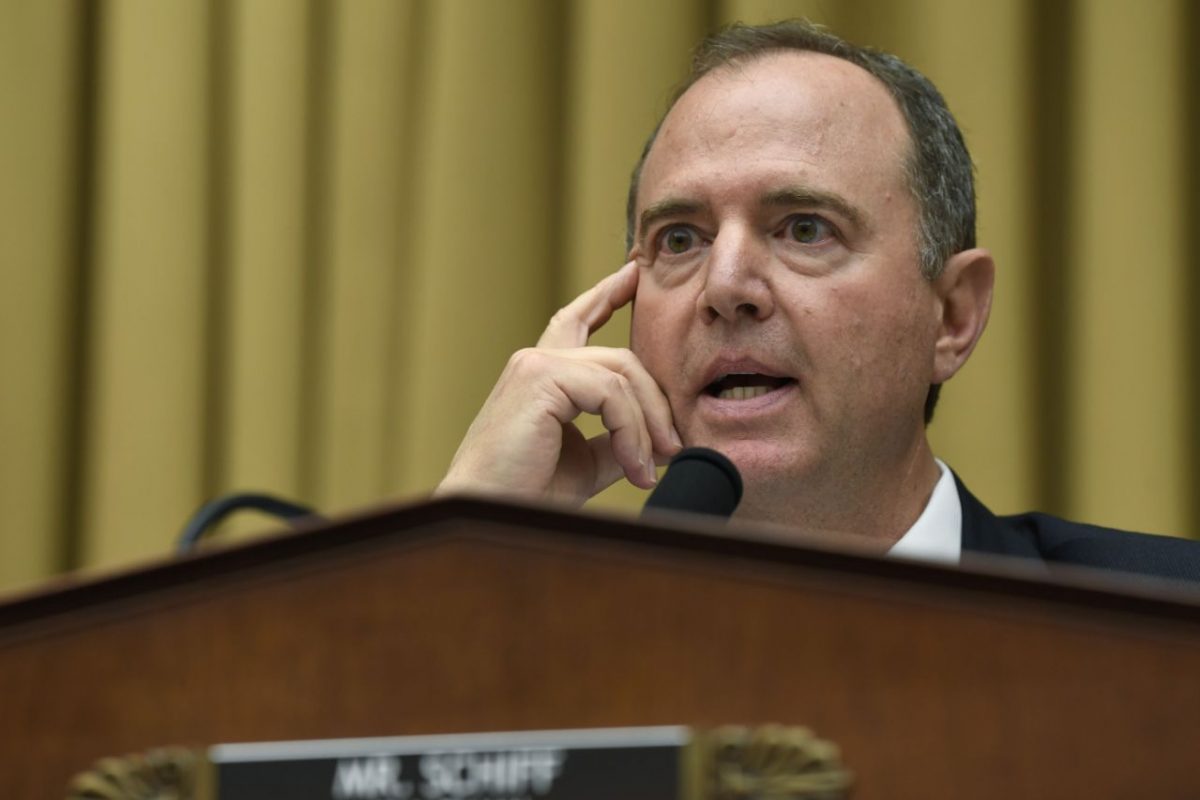 Democrats believed impeaching President Trump was a sure thing.

Nancy Pelosi and her allies thought they held all the cards.

But Adam Schiff collapsed in despair when this plan to impeach Trump backfired.

Most of the mainstream media is on the side of Adam Schiff in his anti-Trump impeachment crusade.

They simply want Trump gone by any means necessary, and Schiff is the only one giving them hope in that effort.

While Democrats have been whining about wanting to impeach him since day one, Schiff is the first one taking concrete action.

But all his actions are behind closed doors, in a highly secretive court, where the public, and even most of Congress are not allowed to know what goes on.

In an act of desperation, Rep. Matt Gaetz led a group of Republicans into the court’s closed proceedings, forcing Schiff to shut it down for hours.

Before doing so, they made it clear they simply wanted transparency, with House Minority Whip Steve Scalise addressing throngs of reporters before they made their entrance to make that point.

And as it turns out, even the New York Post agrees with him, with their editorial board penning an article defending him.

Schiff — the point man for impeachment — could at least try to explain why he’s holding all his hearings behind closed doors, with the public getting only leaked, and likely biased, accounts of the testimony.”

This should be a wake-up call for Schiff, considering that even a mainstream media outlet is agreeing with his opposition.

In the article, they point out that Schiff may be keeping things secret for nefarious purposes, or to avoid embarrassment.

They point out the testimony of former special counsel Robert Mueller, which was highly embarrassing to Democrats.

This isn’t the first time the New York Post, which is far from friendly to President Trump and Republicans, has gone on the offense against the Democrat Party.

After Ilhan Omar downplayed the terrorist attack on 9/11 simply as “some people” doing “something,” they featured her quote on the front page of their newspaper.

They put a picture of the World Trade Center on fire, with the text, “Here’s your something.”

So if that’s what it takes for them to go after a Democrat, it should send a strong message to Schiff.

He is clearly crossing the line with indefensible actions.

If he wants to try to prove that his impeachment effort is more than a coup attempt against a fairly elected government official, transparency is important.

Democrats lost their minds during the impeachment efforts against Bill Clinton, which was a much more open process.

But through their secretive anti-Trump efforts, they are proving that their concerns then were nothing more than partisan pandering.

Do you think Adam Schiff’s secret impeachment court should be shut down?