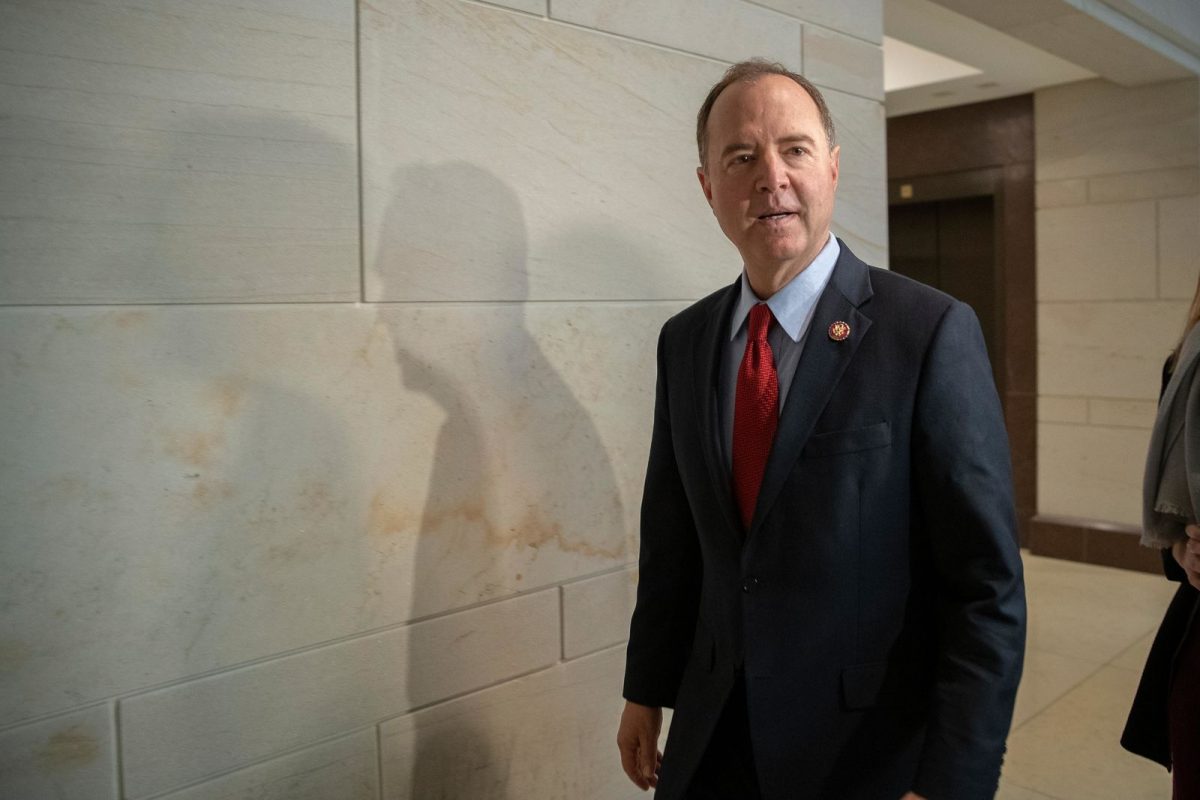 Adam Schiff’s time as the face of the Democrats impeachment hoax keeps getting worse and worse.

But Schiff never expected to reach this low.

And Adam Schiff suffered this humiliation. What happened next will shock you.

Congressman Adam Schiff of California is about as truthful as a snake oil salesman.

For years, he said he had proof that Donald Trump colluded with the Russians, but he couldn’t show it to the American people.

This is a McCarthyite tactic that the left supposedly hates, but they cheer on Schiff when he does it.

Special counsel Robert Mueller’s 22-month witch hunt proved that there was zero evidence of collusion, and Schiff was full of hot air.

Schiff and the Democrats moved on to the Ukrainian whistleblower scandal to go after Trump.

Schiff again played a pivotal role in this dishonest attack.

He lied about having coordinated with the whistleblower before he lodged his formal complaint, which is against procedure.

As the chairman of the House Intelligence Committee, Schiff used an array of dirty tricks to hide the political partisanship of the whole whistleblower narrative.

On no compelling evidence, the House Democrats impeached Donald Trump, but waited weeks to send the formal impeachment articles over to the Senate.

The Democrat talking point is that they’re concerned Trump wouldn’t be tried to their liking in the Senate, which is what Schiff was discussing on yet another softball interview on “The View.”

Schiff laid out his talking points, but he was caught off guard by sometimes-Republican Abby Huntsman when she asked him about whether or not Joe Biden and his son Hunter should be called as witnesses in a Senate trial.

Huntsman said, “I actually have a question on the witnesses that we’ve been talking about. Do you worry that if you open the door to witnesses like John Bolton that Republicans — we’re talking about a fair trial — Republicans are going to call the Bidens, even you to testify?”

This is not the type of question Schiff was expecting on “The View,” which is just a platform for Democrat talking points.

The Bidens are knee-deep in the Ukrainian entanglement.

Biden bragged about withholding aid from Ukraine until they fired the prosecutor looking into his son’s energy company.

And the alleged whistleblower, Eric Ciaramella, has previous connections to Joe Biden.

He supposedly set up a White House meeting when Biden met with officials regarding Hunter’s Ukrainian employer Burisma.

Needless to say, getting the Bidens under oath would be bad news for the Democrats.

Huntsman continued with her questioning of Schiff:

“Trump re-upped his calls for you and for speaker Nancy Pelosi over the weekend, he was tweeting all about that. Joe Biden has said that he would not testify, then he said he would testify. Would you if asked be willing to testify if you were subpoenaed?”

Schiff was unsure how to respond and quickly deflected, saying he nor the Bidens were material witnesses.

But that’s a lie.

The Bidens are why the Ukraine narrative even exists, and Schiff’s staff met with the whistleblower before he filed a complaint.

A Senate trial could be deeply embarrassing for Schiff and the Democrats.