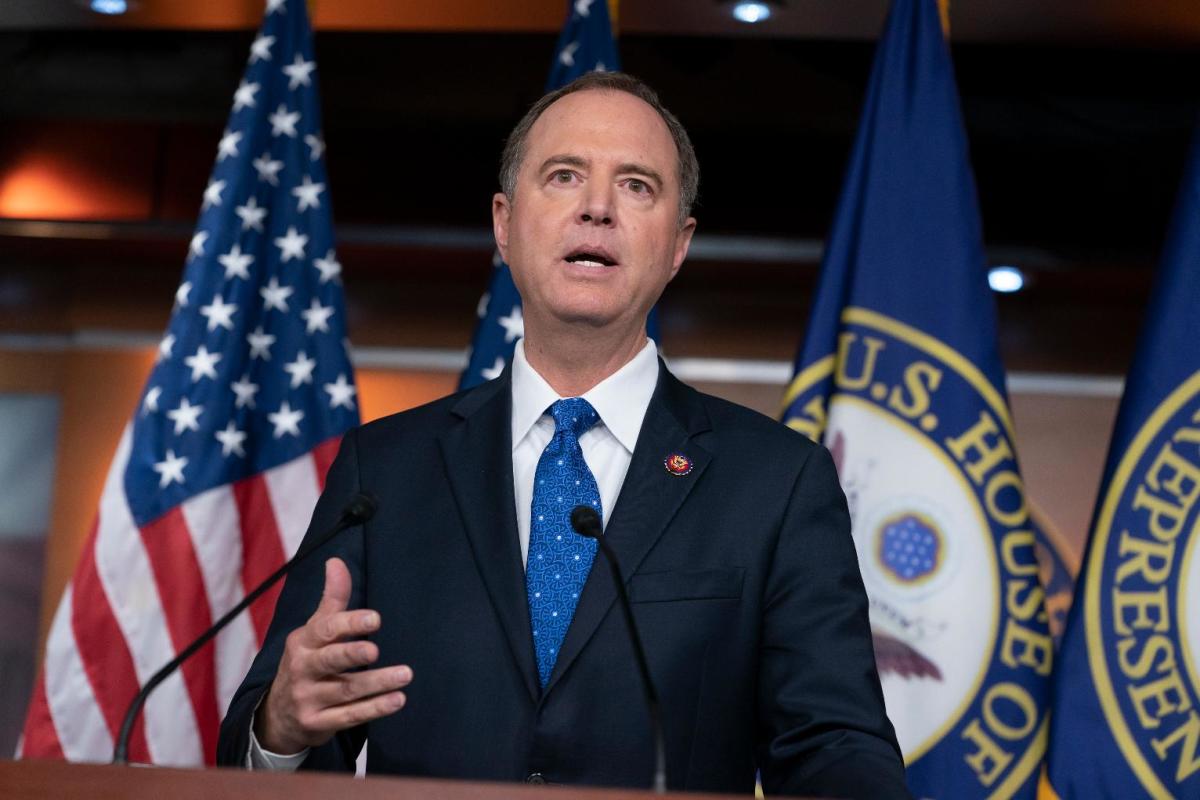 Adam Schiff’s plan to impeach the President through secret hearings just went down in flames.

Schiff and his allies like Nancy Pelosi could not believe their misfortune.

But that happened because Adam Schiff picked this fight with Trump that he instantly lived to regret.

It’s as clear as ever that the Democrats are attempting to overturn the results of the 2016 election.

They’re also being aided by their allies in the so-called mainstream media to make it happen.

And now they’re using impeachment as a political circus.

One of the most dishonest actors in this space is House Intelligence Committee Chair Adam Schiff.

For two years, Schiff lied to the American people when he said he had evidence that Trump colluded with Russia, but he couldn’t divulge it at the time.

That is a McCarthyite tactic that liberals claim to despise.

According to the left, McCarthyism was the worst thing that ever happened during the 1950s Red Scare, not the actual infiltration of communists who were crawling all over the State Department and Hollywood, working to undermine the United States.

Now Schiff is using the exact same deceitfulness with the impeachment inquiry into Trump regarding Ukraine.

Schiff claimed to have had knowledge of wrongdoing before the Intelligence Community whistleblower even lodged a complaint, which is a breach of protocol.

This collusion is the basis for the Democrats’ kangaroo court impeachment of Trump.

Even worse, the Democrats want the impeachment without the actual impeachment.

The House of Representatives is supposed to hold a formal vote on impeachment, but the Democrats haven’t done that.

They simply want to drag out the process as long as possible and keep it in the news cycle endlessly, which is what they did with the Russian collusion hoax for two years.

The Democrats are breaking procedure on a massive scale.

Not only have they not gone on record with formal impeachment, but they’re also doing everything they can to shield this so-called Ukraine whistleblower from publicly testifying.

President Trump has the right to face his accuser, and so do the American people.

Their vote cannot be overturned by hearsay and secret backroom meetings.

That is not how a republic works.

Meanwhile, the Democrat Media Complex is in full propaganda mode.

Networks are staffing up for impeachment as if they were tourist traps preparing for the summer rush.

And while the liberal media constantly attack Trump, they platform for disgraced members of the Intelligence Community that only seem beyond reproach when they’re at odds with Trump.

For example, former CIA Director John Brennan had the audacity to say that we’ve lost our democracy under Trump, but he oversaw the CIA spying on American senators.

He should probably be in jail, but instead, he’s in the powder room at MSNBC.

The entire impeachment process is kabuki theater built on lies told by politicians like Adam Schiff and Deep State operatives who are on a mission to take out Trump.