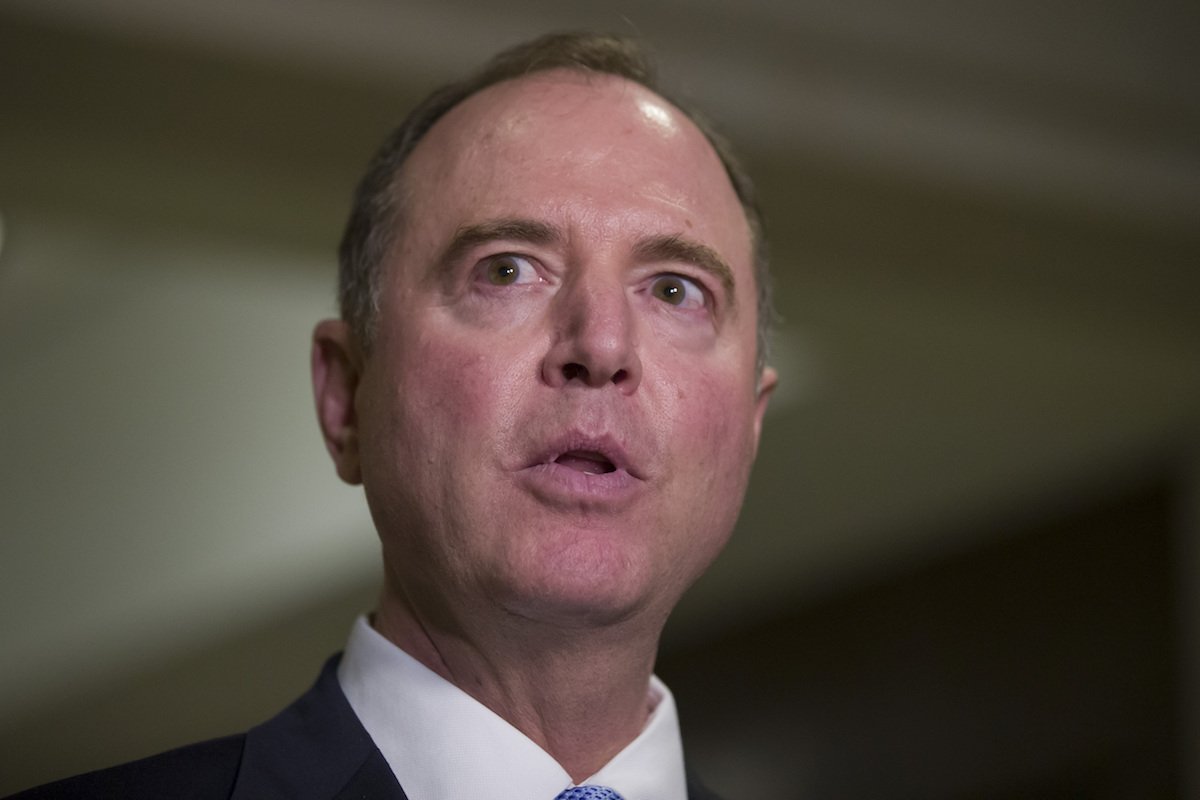 “Shifty” Schiff is believed to be one of the most corrupt and dishonest politicians in America.

Since beginning his secret impeachment probe, Adam Schiff has exposed himself as a complete liar.

He even went so far as to brazenly lie about what President Trump said on a call with Ukraine’s President, completely making up things that Trump never said.

But Democrats like Nancy Pelosi can’t seem to care less about his direct lies, and instead are standing by Schiff completely.

That’s why President Trump took a major jab at Schiff, stating that if he is given the ability to release transcripts of testimony to his secret impeachment court, that he will fraudulently change what was said.

“If Shifty Adam Schiff, who is a corrupt politician who fraudulently made up what I said on the ‘call,’ is allowed to release transcripts of the Never Trumpers & others that are & were interviewed, he will change the words that were said to suit the Dems purposes,” Trump tweeted.

Trump went on to say that Republicans “should give their own transcripts of the interviews to contrast with Schiff’s manipulated propaganda. House Republicans must have nothing to do with Shifty’s rendition of those interviews. He is a proven liar, leaker & freak who is really the one who should be impeached!”

This point from Trump gets directly to the point in why Republicans are so concerned about Schiff’s impeachment proceedings.

He is far from a reputable and unbiased figure.

So it is extremely dangerous for him to make the rules that will decide whether a sitting President is impeached.

Trump has been willing to take on the Democrats in a fair court since the start of this debacle.

But Democrats have refused to give him that, and have instead decided that Democrats get to call the shots, which will stack the odds unfairly against Trump.

And that’s the point.

They simply want him removed from office by any means necessary.

Their vitriolic hatred is on full display for the entire world, which is why polling on impeachment is continuing to favor more for Trump.

At the start of the impeachment hearings, Democrats were attacking Trump for claims from a so-called “whistleblower” relating to a call with Ukraine’s President.

But now they aren’t even talking about that, and are even backing off from having that “whistleblower” testify.

Instead, they are trying to claim that Trump obstructed justice by refusing to comply with his secret court.

If Schiff wanted Trump to comply with their impeachment hearings, they simply need to make it a fair system, instead of having Democrats, who are the very people convinced he’s a criminal, make all the rules.

Do you think Schiff’s impeachment court should be shut down?

Republicans Betrayed Trump On Impeachment. What They Did Will Have You Seeing Red.