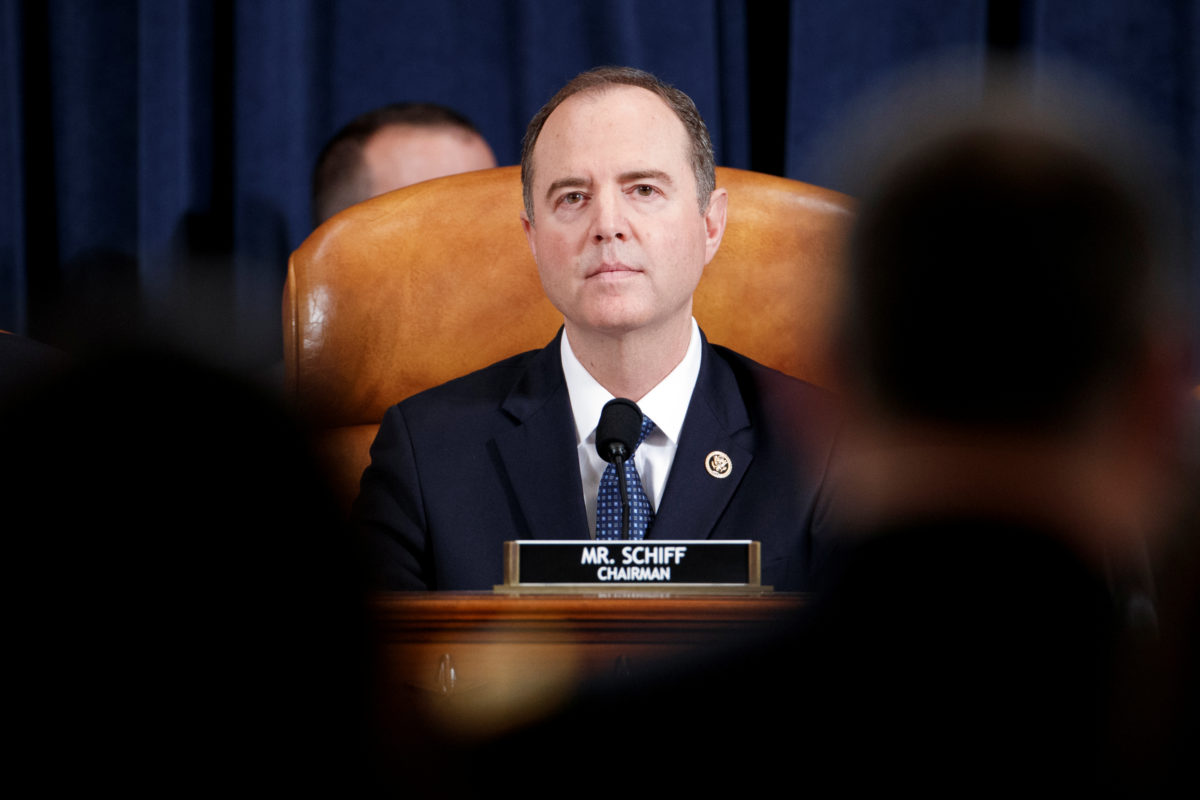 Adam Schiff’s time in the barrel keeps getting worse.

Schiff’s turn as the lead prosecutor in the impeachment witch hunt exposed Schiff as a liar and the Democrats’ case as pathetically weak.

And now Adam Schiff is due in court to face this charge that could ruin him.

Adam Schiff is a mixed up man. The secret hearings that should be made public he keeps secret, and personal information he made public.

He used the secret impeachment meetings to strategically release information in a twisted, calculated way that was designed to make Trump and Republicans look as guilty as possible.

He was even willing to outrageously lie to keep the identity of the Ukrainian whistleblower a secret.

He wasn’t so careful when it came to the private phone records of key Republicans.

In fact a new lawsuit is accusing Adam Schiff of using private phone records of Rudy Giuliani, Congressman Devin Nunes, and journalist John Solomon to make them look like accomplices to Lev Parnas, who was under investigation.

Even though the phone records proved them innocent, Adam Schiff published portions of the material in an underhanded hit job.

But he’s not going to get away with his shady behavior.

Adam Schiff has a huge lawsuit on his hands because of his unethical behavior.

The conservative watchdog group Judicial Watch announced Wednesday that it has filed a lawsuit against Rep. Adam Schiff (D-CA) and the House Intelligence Committee for information relating to the acquirement and release of the phone records from Rudy Giuliani, Devin Nunes, and others.

“We are seeking records about [Schiff’s] controversial subpoenas that led to his publishing the private phone records of President Trump’s lawyers and other innocent Americans including: President Trump’s lawyer Rudy Giuliani, Congressman Devin Nunes, and journalist John Solomon,” the group said in a video announcing the lawsuit. “The lawsuit seeks all subpoenas by the House Permanent Select Committee on Intelligence to telephone providers, including, but not limited to, AT&T.”

“Adam Schiff and his Committee ran roughshod over the rule of law in pursuit of the abusive impeachment of President Trump,” Judicial Watch president Tom Fitton said. “This lawsuit serves as a reminder that Congressman Schiff and Congress are not above the law.”

It was a real secret investigation. It was an investigation that just kept all the facts that cleared Trump quiet.

Once Adam Schiff had to openly make his case, the impeachment numbers did a nose dive.

And it’s not going to get better once Nancy Pelosi sends the impeachment articles over to the Senate and Trump has a chance to defend himself.

The Democrats may control the media narrative but they don’t control the facts of the matter.

All of Adam Schiff’s meddling couldn’t put impeachment back together again and now the Democrats have to pay the price for their lies.

Do you think that Judicial Watch’s lawsuit against Adam Schiff is justified?